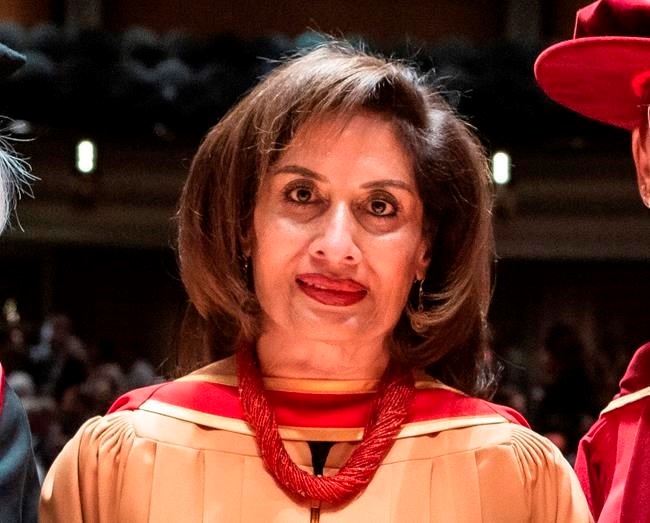 When she formally takes over the role, Lakhani will become Canada's first Muslim lieutenant-governor.

She replaces Lois Mitchell as the Queen's representative in the province.

Lakhani has been long recognized for her work and philanthropy in a range of fields, including health care and human rights.

She has mentored young students with English as a second language and helped steer a committee dedicated to helping vulnerable women gain access to education.

Lakhani was born in Uganda and has an honours degree in clinical biochemistry from the University of Manchester.

She has been in Edmonton for more than 40 years, owning and operating an early childhood education centre.

Lieutenant-governors, the highest-ranking officers in each province, carry out a variety of official duties including swearing in the premier and cabinet, opening each session of the legislative assembly and signing bills into laws.

"Ms. Lakhani is devoted to supporting people in her community, from new immigrants and young people, to women and families," Trudeau said in a news release Tuesday.

"As lieutenant governor of Alberta, I know she will serve the people of her province and our country well, and continue to be a source of inspiration for all Canadians.”

This report by The Canadian Press was first published June 30, 2020