Flames sign forward Andrew Mangiapane to two-year deal with AAV of US$2,425 million 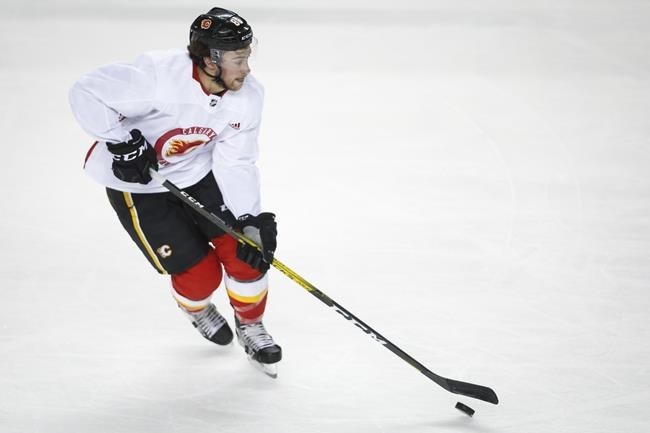 CALGARY — The Calgary Flames have signed forward Andrew Mangiapane to a two year contract with an annual average value of US$2,425 million.

Mangiapane, a native of Toronto, set career highs with 17 goals, 15 assists and 32 points over 68 games with the Flames last season.

He added two goals and three assists in 10 playoff games.

Mangiapane has 25 goals and 20 assists over 122 career NHL games, all with Calgary.

The Flames selected  Mangiapane in the sixth round, 166 overall, at the 2015 NHL draft.

This report by The Canadian Press was first published Oct. 16, 2020.