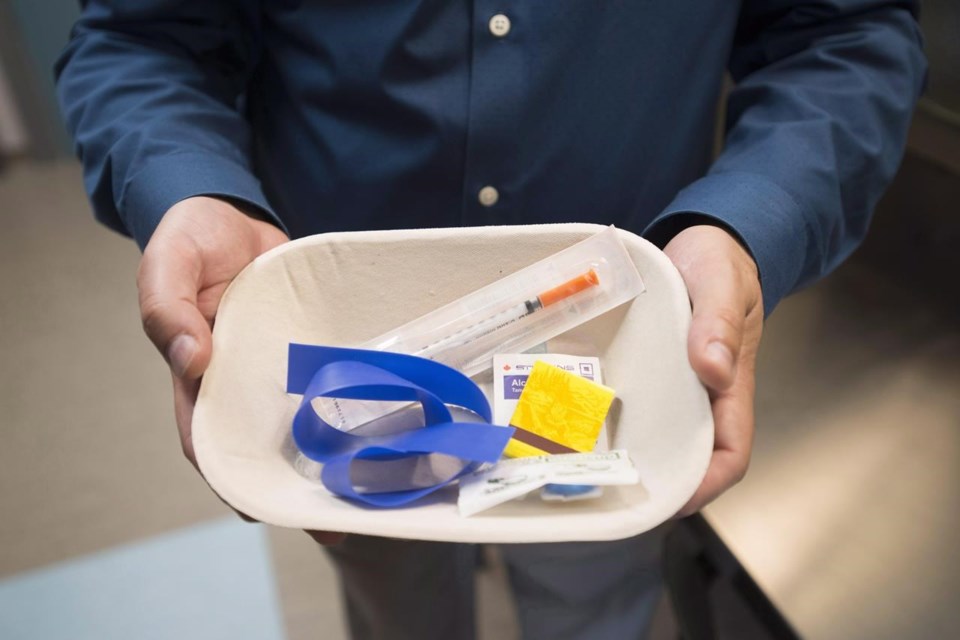 A report commissioned by the Alberta government suggests supervised drug consumption sites have sown chaos in communities, have overplayed their life-saving effects and lack accountability.

"What we heard was a wake-up call, from increases in social disorder to discarded needles to the near-absence of referrals to treatment and recovery," Associate Health Minister Jason Luan said Thursday.

"What we see is a system of chaos — chaos for addicts who desperately need help getting well and chaos for communities around the sites."

The nearly 200-page report does not say whether the government should shut or move any of Alberta's seven sites. There are four in Edmonton and one each in Calgary, Grande Prairie and Lethbridge.

Luan said he accepts the report in its entirety and decisions would be made on a city-by-city basis.

The government formed the panel last summer to look at how sites affect crime rates, social order, property values and businesses. The panel was not asked to look at the benefits of harm reduction for users.

Discarded needles, feces and garbage were among the most common complaints.

The report said crime, as measured by police calls, increased near sites in every city but Edmonton. Knecht said the panel did not look at whether having more than one site in the city helped.

He suggested lower crime rates could be because people weren't calling the police anymore or officers were choosing not to crack down.

"You want to ensure these people have access to the injection site to safely consume, and at the same time they are carrying with them an illegal substance," Knecht said.

Justice Minister Doug Schweitzer said policing should be consistent and it's unacceptable to "effectively have a black-out zone or no-fly zone."

The Edmonton Police Service said in a statement that it has not seen increased crime near sites and that "lives have been saved by the employees and volunteers working within."

Luan said the panel also heard allegations of "financial irregularities" at Arches, which oversees the Lethbridge site. He declined to elaborate.

Arches board chairman Aaron Fitchett told the Lethbridge Herald his staff are fully co-operating in an audit.

"We don't know what they are looking for," he told the newspaper. "We believe we have complied with our government funding agreement, and we have done an excellent job of accounting and reporting on those agreements."

The panel questioned whether as many lives are being saved as data from the sites suggests. It cited non-life-threatening "adverse events" reported as overdoses and administering oxygen considered "overdose reversal."

"This leaves the public with an inference that without these sites, thousands of people could fatally overdose or no longer be alive," said committee vice-chair Geri Bemister-Williams.

"Even stimulation, oxygen itself, these are life-saving interventions," she said. "It means that without that, the overdose goes in one direction only and that is fatal."

The report's authors also flagged a lack of focus on referrals to detox and treatment resources. "Where it was suggested that referrals were made, no evidence was found to support action taken to follow up on such referrals."

Larson disputes that. She said she herself has taken people from Calgary's site to other care facilities.

"I cannot support those recommendations as evidence-based or scientific in any way, shape or form."

"This minister needs to be open and honest," she said. "If he shuts these sites down, people are going to go to the streets and they're going to die."

This report by The Canadian Press was first published March 5, 2020

— With files from Dean Bennett in Edmonton