Former BNP superintendent speaks out about failure to protect caribou

“We’ve got to stop making concessions to ourselves and start leaning a lot harder towards making the hard choices that responsible stewardship demands. We have no right to make animals extinct.”
Oct 16, 2020 12:00 PM By: Cathy Ellis 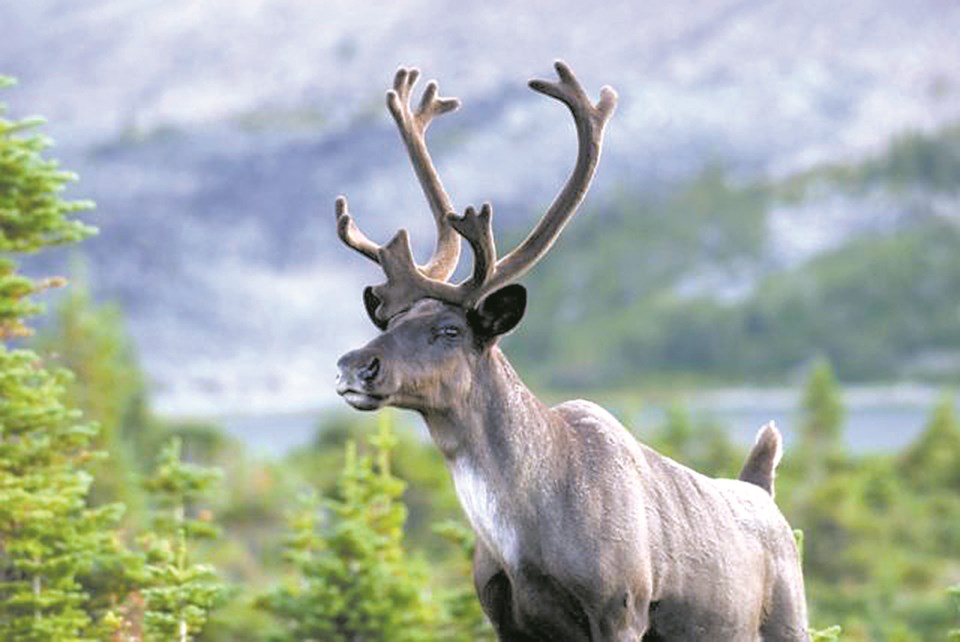 Kevin Van Tighem, former superintendent of Banff National Park and a former manager in Jasper, said he was one of a series of managers who tried to keep the Jasper community on board with caribou conservation measures, but they “failed to act firmly and quickly enough to save the Maligne caribou herd.”

“We knew what we had to do to minimize risk, but we put too much emphasis on avoiding outrage,” said Van Tighem in a Facebook post Thursday (Oct. 15).

“There has long been a culture at the senior level in Parks Canada of trying to keep the minister's office from hearing from too many angry stakeholders, so as to avoid losing local control over day-to-day management decisions. That culture cost us the Maligne herd.”

In late summer,  Parks Canada quietly announced on its website that Jasper’s Maligne herd was gone and two other herds under the agency’s responsibility – the Tonquin and Brazeau – are too small to recover on their own.

The Maligne herd, down to about four animals in its remaining years, was last observed in 2018 and is considered extirpated, meaning this herd is now locally extinct.

Van Tighem struggles with this.

Based on group consensus at a stakeholder meeting on caribou, Van Tighem said he agreed not to include a winter closure of Maligne Road as a recommendation to the superintendent, even though Parks Canada knew the road was used by wolves to access remote caribou winter ranges, as well as by skiers with dogs who were displacing caribou from the Bald Hills.

After that meeting, he said two of the owners of a Tonquin Valley backcountry lodge proudly bumped fists on the way out the door, leading him to believe they weren’t there for caribou conservation, but rather to protect their investments.

Van Tighem had a sleepless night, but he said he decided to stick with the commitment he had made, believing it was important to keep his word to the group.

“I thought we had time, and that in another year or two we’d have built the case for closing that road,” he said, noting he moved to another job and the road remained open.

“The Maligne herd are now extirpated. I, and Parks Canada, and the community of Jasper, failed them.”

Caribou that live in Jasper National Park are part of a subset of woodland caribou herds called southern mountain caribou and are protected under the Species At Risk Act (SARA).

According to Parks Canada, the Tonquin herd is estimated to have 45 caribou and the Brazeau herd to have fewer than 15 members.

The Tonquin and Brazeau herds do not have enough female caribou – 10 or fewer in each herd –  to be able to grow the herds and are so small they cannot recover on their own.

The other herd, referred to as the À La Pêche, is a partially migratory group of about 150 animals on Jasper’s northern boundary that is primarily managed and monitored by the province of Alberta.

The Alberta Wilderness Association is calling on Parks Canada to prevent the demise of Jasper’s Tonquin and Brazeau caribou and to manage Maligne range access for eventual caribou re-introduction there.

AWA asks Parks Canada to release information on the conservation breeding proposal it has been preparing for years and release an access proposal to support Jasper caribou survival and re-occupation of the Maligne herd.

In recent years, Parks Canada lowered wolf predation risk to caribou by reducing and refocusing elk and wolf activity into valley bottoms, and by closing backcountry skiing in caribou ranges until mid-February or March 1, depending on the range.

But the AWA believes that the alarming decline in caribou populations and other scientific evidence indicate that Parks Canada’s access management must be further strengthened to support caribou survival and re-introduction.

In order for a herd to be reintroduced into the Maligne region, the group believes the hard-won Nov. 1-Feb 28 backcountry skiing restrictions must be maintained, and that snow clearing of Maligne Lake Road beyond Maligne Canyon be stopped.

As for the Brazeau herd, AWA calls for continued backcountry restrictions from Nov. 1 to Feb 28 and to find new ways to reduce road impacts and other human-caused range retractions.

“They should be reassessed,” she said.

Van Tighem said opening Tres Hombres at Marmot Basin put ski area politics ahead of the precautionary approach, which simply has to be invoked when dealing with critically endangered populations of a threatened species.

He said the backcountry lodges in the Tonquin should no longer be licensed to operate in winter either, in order to eliminate helicopter traffic and snowmobile freighting, which makes it easier for wolves to get into the deep-snow wintering ranges.

And dogs, he said, should be permanently banned year-round from all current and former caribou ranges given the stress they cause when caribou see them, even on leash and at a distance.

Van Tighem said that rather than eroding the Tonquin herd out of existence, the focus should be on recovering the Maligne herd.

“That means closing the Maligne road in winter to remove the hard-surfaced wolf trail it has become and restore the isolation and deep snow that caribou require,” he said.

“We’ve got to stop making concessions to ourselves and start leaning a lot harder towards making the hard choices that responsible stewardship demands. We have no right to make animals extinct.”

Parks Canada did not provide an interview by publication deadline, but sent an email statement.

Parks Canada officials say Jasper National Park can support larger caribou populations; however, current numbers are too low for the southern mountain caribou to recover on their own.

“As a commitment of the multi-species action plan for Jasper National Park, Parks Canada is assessing the feasibility of additional measures that could help to augment southern mountain caribou populations, and advance progress towards their self-sufficiency,” the statement read.

According to Parks, it has made significant gains to create conditions in Jasper National Park that support the growth of southern mountain caribou populations.

“Actions include reduced speed zones, hiking and flying restrictions, and winter access restrictions designed to prevent facilitated predator access to caribou have all been implemented,” read the statement.