“I believe with four million visitors a year having an opportunity to collect some fees from those users in order to help support our parking infrastructure is a smart financial decision.”
0
Nov 21, 2019 8:10 AM By: Alana MacLeod 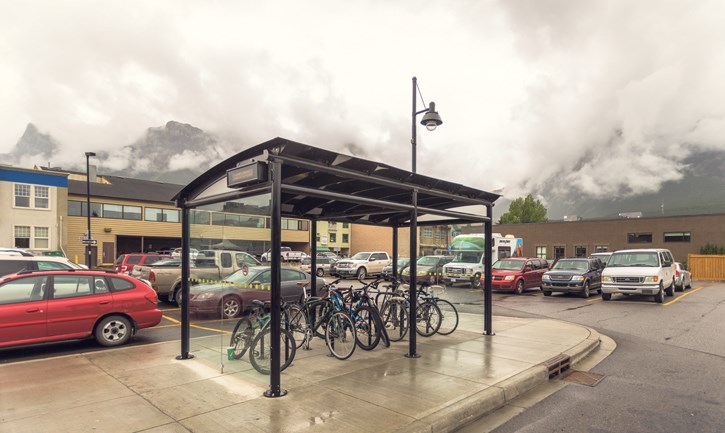 Parking lots in downtown Canmore are proposed to be part of the paid parking program in that community set to start June 1, 2020. RMO FILE PHOTO

BOW VALLEY – Paid parking proposals are on the table for downtown Banff and Canmore as both communities continue to grapple with parking pressures and traffic troubles in the face of growing visitation.

Town of Canmore administration is recommending moving forward with paid parking in the town centre in June 2020 to manage traffic congestion and fund free public transit, while the Town of Banff is kicking off its public engagement process this week on its paid parking proposals.

Under the proposals, both communities have come up with a residential parking permit system.

“It’s not intended to be onerous on the residents. We’re actually trying to come up with solutions that make residential life easier,” said Banff Mayor Karen Sorensen.

“Traffic congestion and the impact of having four million visitors each year – with many driving around Banff looking for parking – continues to affect us all.”

Paid parking was pitched in Canmore’s 2018 integrated parking management plan and has been a controversial topic in Banff for the better part of the last two decades.

Banff’s proposal includes user-pay parking in the downtown core, maintaining free parking on the periphery of downtown, and adding a resident parking permit system to protect spaces in front of homes.

Canmore’s paid parking proposal also calls for a residential permit system. Tourists could still park there for a fee, but residents would be able to register two vehicles to a property in the town centre for free, while any additional permits would be available for $100 for two years.

“Work is already underway on a number of strategies … like planning for intercept parking, promoting transit, promoting walking and biking,” said the Town of Canmore's manager of engineering, Andy Esarte.

“These strategies are fundamental, critical even in achieving our transportation goals, however, they’re not the most effective unless we do more to improve the way we manage parking in the Town centre.”

Rates for hourly parking throughout Canmore’s town centre are proposed at $1 per hour up to a $4 maximum for all areas in the town centre, with the exception of Main Street and part of Seventh Avenue, where $1.50 per hour to $6 max is proposed.

It was suggested that parking for 30 minutes and under be free. Prices for all-day parking in designated parking lot areas in the town centre are proposed at $6 per day, or $60 per month with a pass.

For off-peak season, it is proposed to reduce pricing on Main Street to $1 per hour and all-day parking in designated areas to $2 per day or $10 for a monthly pass. Parking rates can be reduced or eliminated in off-peak season in other areas; however time restrictions are expected to remain in place.

"For off-peak season ... it could be reduced or eliminated entirely in other areas – the pricing – depending on where we wanted to go with that and what we saw for winter-time utilization," said Esarte.

"There are operational costs with having parking – clearing snow, doing enforcement throughout the winter – so that's another consideration."

Free all-day parking is proposed on two streets north of the town centre where the streets are not primary parking areas for adjacent residential properties – Fairholme Drive with approximately 100 parking spaces and Seventh Avenue with about 75 parking spots.

The parking system in Canmore would see seven pay stations set up in the town centre and would use an app called Park Plus, already used in Calgary and Edmonton.

Several studies throughout urban areas in Canada and Europe have shown that paid parking helps reduce up to 30 per cent of vehicle congestion by significantly reducing time spent hunting for spots.

Mayor Sorensen said the hope is that development of a parking management plan in Banff, with input from residents and stakeholders, will lead to more people wanting to ride, walk, or take public transit whenever possible.

“The intention is to encourage more people, particularly visitors, to park in the free parking lots on the periphery of the downtown core, or to keep their cars at their hotels, or cars or motorhomes up at the campground,” she said.

“This would be accompanied with a disincentive to pay if you bring that vehicle downtown.”

Over the past 20 years, paid parking has been shot down twice by residents in separate plebiscites amid concerns about spillover of parking onto residential streets and the financial costs, including to visitors who already pay a fee to enter Banff National Park.

But Sorensen said much has changed since that time.

She said Roam public transit system has increased coverage and a 500-stall free parking lot has opened at the Banff train station lands.

“The conversation will look differently than it has in the past,” she said, noting this time around there’s also a proposal for a system to protect resident parking in the neighbourhoods.

“We want a good community conversation, not a fast decision, and we are committed to developing and implementing a solution that works for Banff.”

But Sorensen wanted to remind residents that parking is not free.

“The only people who are paying for parking right now are the taxpayer,” she said.

“I believe with four million visitors a year having an opportunity to collect some fees from those users in order to help support our parking infrastructure is a smart financial decision.”

Adrian Field, the Town of Banff’s director of engineering, echoed that.

He said the cost of road maintenance, curb repair, lane markings and snow control for those 1,600 parking spaces is paid for by Banff taxpayers, including the 50 per cent of residents who choose to walk and cycle to work.

“That amounts to more than $260,000 each year, or the equivalent of a one per cent property tax increase, and that doesn’t include the cost for infrastructure replacement, or parking enforcement,” he said.

“But the real cost is the time lost while people drive around looking for parking, while polluting the mountain air. It is really easy to get around our small town without a vehicle.”

Topics in phase one include questions like: should parking management strategies be seasonal, year-round, or only during certain times of the day? Should there be a free period before parking charges apply, or free parking for residents? Should user-paid parking revenues be used to pay for a residential permit parking system, be returned to residents to keep taxes down, or used for something else?

“As the number of visitors is expected to continue to rise, we need to find a solution that improves access to our downtown while protecting residential parking spaces,” said Mayor Sorensen.

Meanwhile, the Town of Canmore would see the proposal of paid parking in the Town centre come to council on Dec. 3 for a decision.

Esarte said there would also be an open house to further inform residents, as well as a letter to all affected residents. The Town of Canmore has also proposed it would provide a grace period come June as residents acclimatize to the new system. In October, the system would be reviewed.