"I know this will be a very tough day to be saying goodbye to friends and colleagues we have helped to build this institution over decades with their incredible skills and talents. We are very sorry to be wishing them farewell, and I want to thank those of you who will be staying on with the Banff Centre for your compassion and understanding."
Jun 11, 2020 4:53 PM By: Tanya Foubert 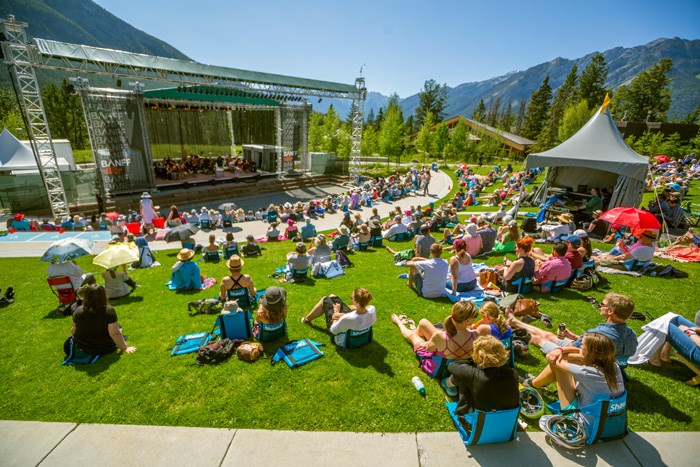 In March, 400 employees at the Banff Centre for Arts and Creativity were temporarily laid off. On Thursday (June 11), officials confirmed 280 of those positions would be permanently laid off as a result of the arts institution's financial circumstances due to COVID-19. RMO FILE PHOTO

BANFF – After temporarily laying off 400 employees in March, the Banff Centre for Arts and Creativity has announced that 280 of those positions have now been permanently laid off.

Officials confirmed the change in employment status occurred through a conference call with staff Thursday morning (June 11) and that 100 employees remain temporarily laid off, while a core team of 125 remains in place.

"I know this will be a very tough day to be saying goodbye to friends and colleagues we have helped to build this institution over decades with their incredible skills and talents," said President and CEO Janice Price in her address to staff.

"We are very sorry to be wishing them farewell, and I want to thank those of you who will be staying on with the Banff Centre for your compassion and understanding."

The province of Alberta declared a state of public health emergency on March 17, which led to the closure of non-essential businesses. On March 19, the Banff Centre announced it was forced to lay off 75 per cent of its staff as it scaled back operations to essential services only.

On April 3, due to economic circumstances and government restrictions, the Banff Centre suspended all activities on its campus, including classes, conferences, hospitality services and performances.

In an email to the Outlook, director of communications Erin Brandt-Filliter said conference and hospitality services represented 40 per cent of the institution's operating budget. She said social distancing and gathering restrictions make it difficult, and in some cases prohibitive, to reopening for normal business.

As a result, this "unprecedented decision" was made to reduce staff numbers based on the Banff Centre's activity levels and current financial position.

In order to assist those that have been permanently laid off, the Banff Centre will form a career transition team to help with coaching, interview skills and resumé writing. It will also work with those in staff housing to help them transition to find new accommodation. Staff will not be required to leave housing immediately.

Three meals a day will be provided at no cost at the staff cafeteria until the end of June. Afterwards, take-out meals will be available at a discounted rate.

Brandt-Filliter said the Banff Centre wishes to support staff through this difficult time and regrets the human impact the pandemic has had on the the community.

In terms of the resumption of activities on campus, in September arts and leadership programs will launch 17 courses and events for online delivery until the end of the year. That includes the Banff Centre International String Quartet Festival and the Banff Centre Mountain Film and Book Festival.

From January to March, 2021, the intention is to open up some of its artist residences, with in-person classes gradually resuming through the spring.