The Alberta government reinstated the province's 1976 coal policy on Feb. 8 in the face of mounting public backlash, but Banff town council doesn't believe the announcement went far enough.
Feb 9, 2021 11:00 AM By: Cathy Ellis 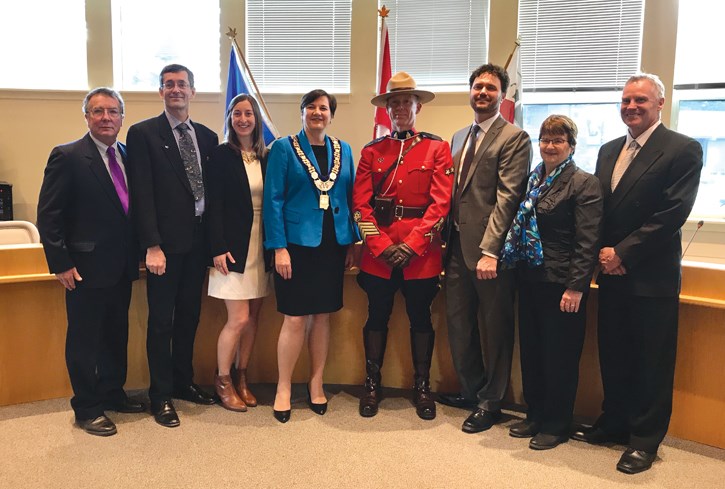 BANFF – Banff town council is lobbying the provincial government to put an immediate halt to all current coal exploration on the eastern slopes of the Rockies pending public consultation.

Banff council thanked the provincial government for its announcement on Monday (Feb. 8) to reinstate the 1976 coal development policy in the face of public backlash, but does not believe the UCP government went far enough.

Based on a unanimous vote, Mayor Karen Sorensen will write a letter asking the government to issue an immediate stop work order for all existing coal exploration permits on the eastern slopes until public consultation has taken place.

“It’s really important that we ask them to stop until this consultation, that they appear to have agreed to, does take place,” said Mayor Sorensen during a council meeting on Monday afternoon.

The coal policy, enacted by the Peter Lougheed Progressive Conservative government in 1976, kept open-pit coal mines out of approximately 1.4 million hectares of wilderness on the eastern slopes of the Rockies, which are home to endangered wildlife and critical headwaters.

She said no mountaintop removal will be permitted and all of the restrictions under the 1976 coal categories are to apply, including all restrictions on surface mining in category 2 lands.

“We should have done better and we admit that we didn’t get this one right – and Albertans sure let us know,” Savage said. “We will continue listening until we get this right.”

There are, however, six previously approved leases for coal exploration that won’t be rescinded. There are currently hundreds of new drill sites and hundreds of kilometres of new roads that are a direct result of the removal of the coal policy.

Other projects such as Benga’s Grassy Mountain and Montem’s Tent Mountain and Chinook projects were not addressed by Savage’s announcement and will continue to go forward.

Savage said it will be up to the six companies with previous approvals to determine how they manage their coal exploration programs moving forward.

“We don’t intend to remove approvals that were already granted by the regulator,” she said.

High River Mayor Craig Snodgrass had previously asked municipalities across Alberta, Saskatchewan and Manitoba to join a letter-writing campaign against open-pit coal mines on the east slopes of Rockies.

Banff Councillor Chip Olver, who raised the issue with council on Monday, said she was thankful the government had listened, but existing coal exploration activities for companies with existing permits are continuing.

She said the concerns from other municipalities, residents, First Nations, environmental groups and ranchers has been around the impact open-pit mining can have on a watershed.

“Municipalities have been concerned for themselves and their ability to provide safe drinking water, because a byproduct of coal mining in your water is selenium,” she said.

“It both impacts humans and wildlife … species at risk like bull trout in the rivers. I’ve noticed some pictures online of bull trout with deformed fins and deformed gills and things like that.”

He said the Bow Valley, which has a billion dollar tourism industry, is congested and that greater protection of the eastern slopes could be a win for tourism in the province if managed properly.

Coun. Poole said environmental concerns around watershed protection as well as the importance of wildlife movement across large areas are other reasons to support this.

“We know that wildlife move through our park, but then to adjacent provincial parks, sometimes through some pretty busy areas,” he said.

“We know that wildlife movement routes now are more important for the wildlife in this part than when the coal policy in the 1970s was created.”

Earlier this month, Canmore council voted to write a letter to Alberta Premier Jason Kenney calling on the government to reinstate the coal policy.