Parks Canada fire specialist Jane Park has many years experience working in fire management, including as an incident commander during the 2017 Verdant Creek wildfire in Kootenay National Park, which had communities in the Bow Valley on alert and forced the evacuation of Sunshine Village.
0
Jan 7, 2020 11:24 AM By: Cathy Ellis 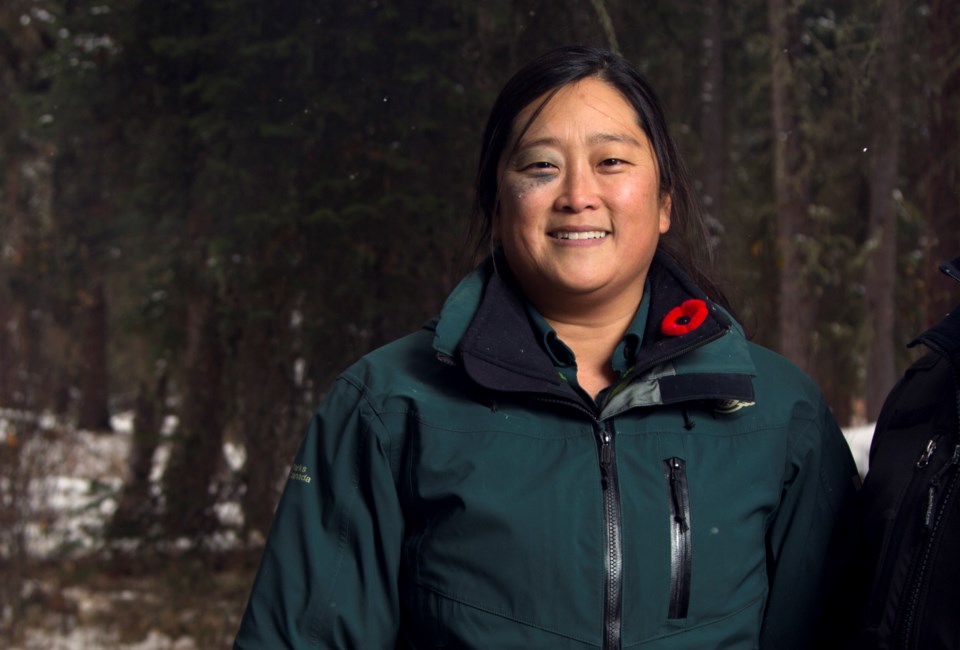 Park and Spencer Verdiel, a Parks Canada fire management officer in Revelstoke-Glacier National Park, B.C., went to Australia on December 3 as part of the original 21-person Canadian contingent to assist with the raging bushfires.

This year’s bushfire season, which got underway earlier than usual, has been deemed the worst in Australia’s history with record-shattering temperatures and widespread drought conditions.

Officials with the Canadian Interagency Forest Fire Centre (CIFFC), which coordinates the deployments, said Park is due back on Thursday (Jan. 9), having worked in incident command for more than a month in New South Wales.

Melanie Morin, an information officer for CIFFC, said Park is well trained in the incident command system (ICS), which is used to manage people and resources during emergencies such as wildfires, rescues, hurricanes and more.

“With Jane’s experience, she can fulfil more than one role within that team, but she was there as a planning section chief,” said Morin, noting the Australians required Canadians be trained in ICS.

Park has many years experience working in fire management, including as an incident commander during the 2017 Verdant Creek wildfire in Kootenay National Park, which had communities in the Bow Valley on alert and forced the evacuation of Sunshine Village.

Parks Canada officials say Park will have some time off before returning to work to start to get ready for Canada’s summer fire season.

“Thank-you to our team members, Jane Park and Spencer Verdiel, who will spend their holidays away from family and friends,” said Parks Canada in a twitter statement in December.

As of Tuesday, the bushfires had burned about 63,000 square kilometres and killed at least 25 people. There’s an estimated 2,000 homes destroyed in New South Wales on Australia’s east coast and in neighbouring Victoria to the south.

Scientists believe that about 480 million animals, including koalas and kangaroos, have died. Many of the animals affected are considered threatened or endangered species. The recovery for many not only depends on their population size, but also the condition of habitat.

This week, a fifth deployment of Canadian fire management personnel left for Australia, bringing the total number of Canadians there to 95, including eight now based in Victoria. The specialists are not front-line firefighters, rather experts in wildfire management across Canada.

Morin said the Canadian specialists deployed to Australia are chosen by the agencies associated with CIFFC based on their specific expertise and abilities in the respective areas of work.

She said the Australians have put in a request for additional resources, but she doesn’t know what that looks like yet in terms of the number of people and types of resources needed.

“They’ve sent firefighters from the U.S., but Canada has only sent incident management personnel,” Morin said.

“I couldn’t say what Canada will be sending in the next week, whether firefighters or more management response.”

According to CIFFC, many Canadians, both home and abroad, have expressed their desire to help with the Australian wildfires; however there is not currently a role for Canadian volunteers to be on the front-line to help with fire suppression.

“The CIFFC and the Australian authorities, kindly request that Canadians, home and abroad, not contact the Australian state fire services directly, as their staff are already at maximum capacity and contact will just add to their workload,” according to CIFFC’s website.