Banff's corporate services director Kelly Gibson has been hired as the new town manager, replacing Robert Earl who left his position in August
0
Nov 28, 2019 11:20 AM By: Cathy Ellis 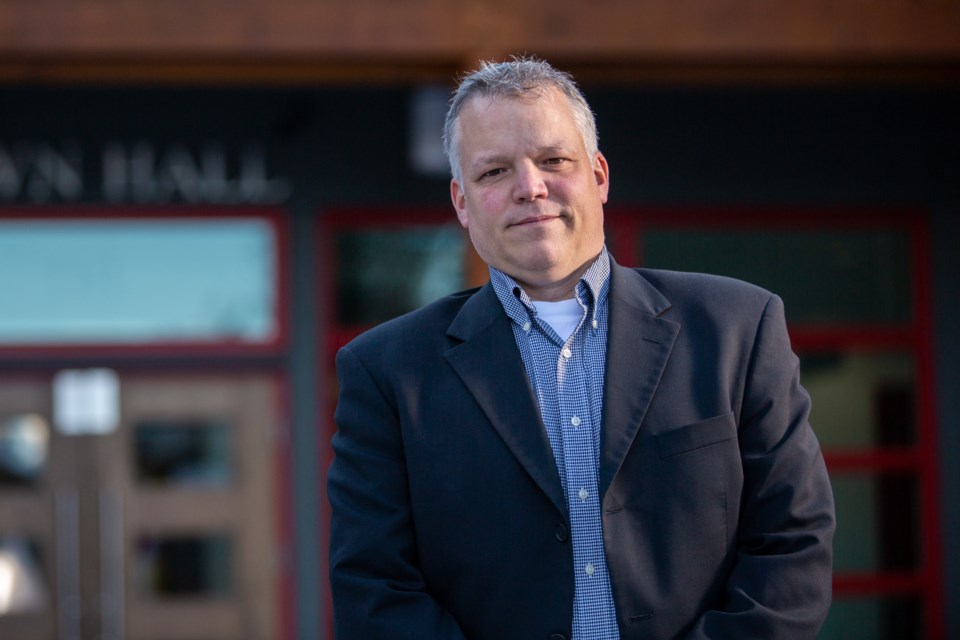 BANFF – The Town of Banff’s new top bureaucrat is a longtime and well-known local.

Kelly Gibson, who has worked with the municipality for 18 years, was appointed as the new town manager to replace Robert Earl, who left his position after 15 years to take on the top job at a coastal municipality on Vancouver Island earlier this summer.

Gibson said that he’s thrilled for the opportunity and looks forward to working with all his colleagues in his new role as town manager, which begins on Jan. 5, 2020.

“I am humbled by council giving me the privilege to have this position,” he said.

“I’ve been in the community since 2001, and it’s very much a part of our family’s life and lifestyle, and I am extremely grateful to get the chance to serve the community in that sense.”

Gibson moved to Banff in 2001 to work for the municipality, first as a senior accountant and then as director of corporate services for the past eight years.

Before that, he was manager of finance for the City of Portage la Prairie in Manitoba. Gibson has a strong base in finance and financial planning, having been instrumental in the development of Banff’s budget over the years.

Mayor Karen Sorensen said Gibson has the passion, experience and skills to lead Banff in “a positive direction into the future.”

“We have every confidence in his abilities to do the very best for this community in the coming years,” she said.

“Succession planning is very important in this organization and it’s always great when we can promote such a strong candidate from within.”

There have been times over the years when Gibson has thought of other work opportunities.

“Over the years, I’ve looked at other options for myself and my family, but there’s never something better. I couldn’t think of another place I want to be.”

Randall McKay has been acting as interim town manager since Earl's departure in August. McKay, who will do some contract work with the Town beginning next year to work on such projects as the review of the Banff National Park Management Plan, did not apply for the position of town manager.