Banff moves into 2019 with interim budget

BANFF – Banff residents are looking at a 5.44 per cent municipal property tax increase as it stands right now, but that will likely change with final operating budget deliberations in January.
Dec 20, 2018 12:00 AM By: Cathy Ellis 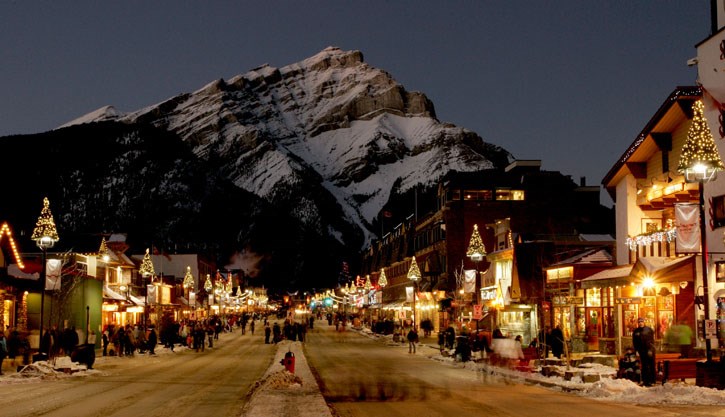 Banff council is set to officially approve a 2019 operational budget in the new year. As of its final meeting in 2018, but proposed municipal property tax increase was at 5.44 per cent.

BANFF – Banff residents are looking at a 5.44 per cent municipal property tax increase as it stands right now, but that will likely change with final operating budget deliberations in January.

The 2019 operating budget currently sits at $44 million, with $20 million coming from taxes and the rest from grants and other user fees. The 5.44 per cent increase equates to $9 a month, or $113 a year, for an average residential dwelling.

Mayor Karen Sorensen said Banff’s residential tax rate is low in comparison to 32 other municipalities that were benchmarked, behind only Jasper and Canmore, while the commercial rate is slightly above average.

“We’ve continued to watch that number move in the last couple of weeks as a direct result of the services that council wants to see the community receive,” she said. “On budget day, we all know we’re probably going to see that shift again.”

Administration prepared a budget for council providing the same level of service to the community for 1.9 per cent more, which accounts for a cost-of-living increase. Wages and benefits represent approximately 40 per cent of the Town’s annual operating budget

On top of that, council had previously approved $192,000 worth of projects, such as transit, a wildfire analysis and a trial woonerf on Wolf and Caribou streets, that brought the starting tax increase to
2.76 per cent.

Since its review of municipal services began, council has tentatively added another $736,000 to the operating budget, bringing it to 5.44 per cent by Monday (Dec. 17). Every $275,000 spent is equal to a one percent overall tax increase.

Some of the bigger expenditures are $99,200, which includes a new full-time staffing position and materials to help the municipality reach its goal of keeping 70 per cent of waste out of the dump by 2028.

There’s $150,000 tentatively set aside for an assessment of the aquifer the Town of Banff uses for its municipal water supply, $133,000 for the Calgary-Banff summer transit route, and $100,000 contribution to a playground at Banff Elementary School.

In addition, $67,000 has been given preliminary approval for a communication program on human-wildlife coexistence and $53,333 toward a communication partnership with Parks Canada and Banff Lake Louise Tourism to get people on public transit and out of their private vehicles.

Earlier this week, Mayor Sorensen brought up the notion of setting a target or cap for its tax increase for residents and businesses, saying it might be a worthwhile discussion for council in 2019.

While she doesn’t personally believe Banff’s way of budgeting is broken, she acknowledged that individual councillors often have a target in mind.

“I don’t see a need for a huge shift in our process,” she said.

Councillor Corrie DiManno said she thought establishing a target would pigeonhole council to offering the same level of service and programs.

“I like the process right now where we have our service review and we tie that to our taxes,” she said.