The Town of Banff's planning and development department has approved a demolition permit for several buildings on Banff Avenue, including the Hockey House, to make way for a new 33-unit affordable housing apartment project.
Jan 21, 2021 12:00 PM By: Cathy Ellis 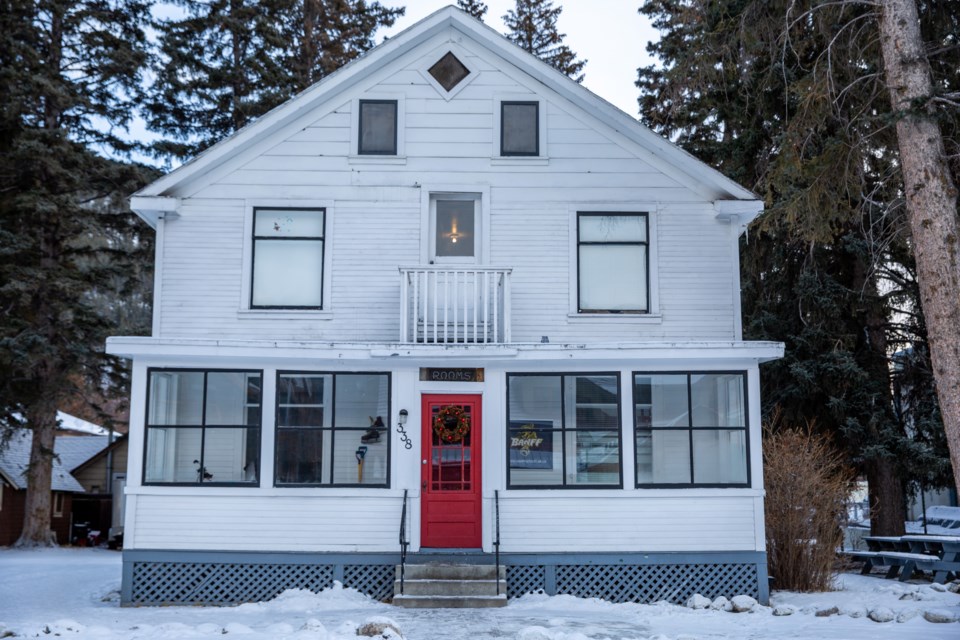 BANFF – A development permit application for a $13.2 million affordable housing development on the 300 block of Banff Avenue is under review.

The apartment complex known as The Aster, a Town of Banff development approved by council in October last year, will be price-restricted and for sale to qualified buyers registered with the Banff Housing Corporation.

While the actual development permit application submitted on Dec. 2 is still under review, planning and development department officials say a demolition permit applied for on Nov. 25 to remove the existing buildings at the 338-342 Banff Ave. site, including the so-called Hockey House, was recently approved.

They say the work on removing the buildings will likely begin as early as next week, noting it will be more of a careful deconstruction than demolition in order to sort materials for waste diversion.

“You may see some activity on that site as those buildings come down and some hoarding goes up,” said development service manager Dave Michaels at a Municipal Planning Commission meeting on Thursday (Jan. 14).

Because apartment housing is a permitted use in that land use district, Michaels told members of MPC that the application will be reviewed and approved internally. MPC considers matters that are discretionary in nature.

“Once some revisions have been done, we’ll show you what it’s going to be like,” Michaels said to MPC in his update on development projects in town.

The units in the apartment complex, which has been designed by Calgary-based LOLA Architecture, will be of various sizes, with floor plans and layouts including one, two and three bedrooms, as well as 10 lofted units and two accessible dwellings.

A central courtyard and rooftop patio aim to ensure the building not only fits into the neighbourhood, but fosters a sense of community for the residents of the new apartments.