A Banff survey on cannabis smoking and vaping regulations shows a 'significantly wide polarization' between smokers and non-smokers
Jun 25, 2020 7:00 AM By: Cathy Ellis 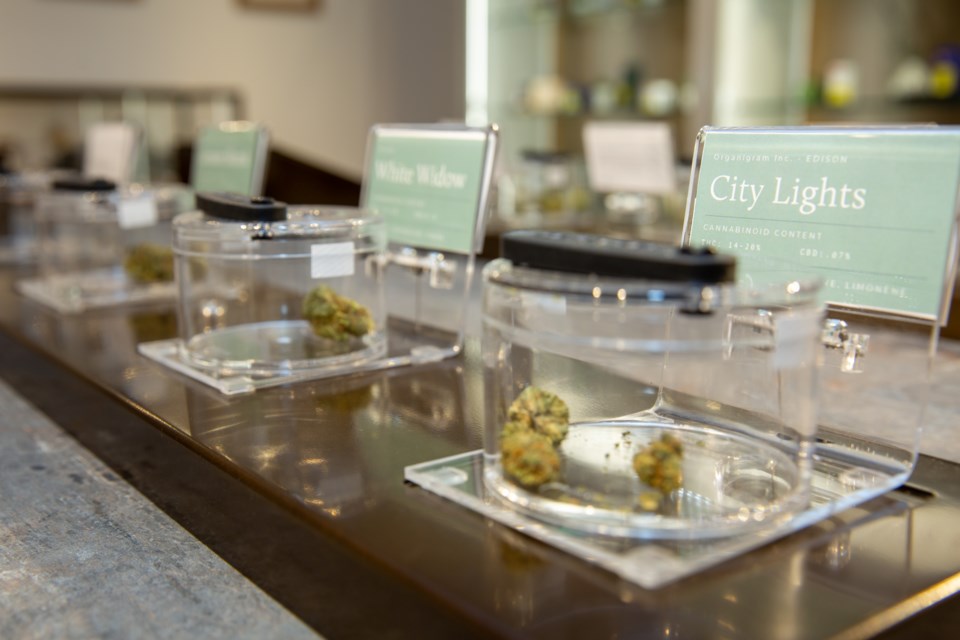 BANFF – A Banff survey shows the majority of people want pavilions for smoking and vaping cannabis.

The survey, completed by 508 individuals, indicated a slight majority of respondents, at 54 per cent, felt that the Town of Banff should allow the smoking or vaping of cannabis somewhere in public.

In addition, 66 per cent thought Banff should consider adding one or more pavilions where smoking or vaping of cannabis would be allowed.

“There were not specific details provided as to where respondents would want these pavilions located,” said Alison Gerrits, the Town of Banff’s community services director, at a governance and finance meeting on Monday (June 22).

“If council would be wanting administration to pursue this, we would need to definitely engage on this to get a more detailed understanding from the community as to where these would potentially be located.”

The online survey, conducted through the new platform Engagement hq and beginning last October to coincide with the anniversary of Canada’s legalization of cannabis, touched on issues of smoking and vaping of cannabis as well as tobacco.

“Ultimately, the bottom line is the findings really show a significantly wide polarization on this topic between smokers and non-smokers,” said Gerrits of the survey results.

The Town of Banff prohibits vaping and smoking of cannabis in public places such as sidewalks, trails and paths, streets, alleys and lanes, parks and green spaces and public structures or benches.

It is allowed on private property, subject to provincial restrictions or property policies. There may be different smoking policies set by property owners such as hotel operators, staff accommodation managers, condominium boards, and apartment managers.

According to Banff’s survey results, a large majority of respondents agree that restricting smoking of cannabis on sidewalks (71 per cent), bus stops (86 per cent), streets and roadways (67 per cent) and on street benches (58 per cent) should be maintained.

On the topic of smoking cannabis on trails and paths and in municipal parks, forests and green space, a slight majority of survey respondents agreed that the ban should be removed – 53 per cent for removal of ban and 47 per cent to maintain it. The same was true for alleys and lanes, with 56 per cent wanting the ban removed and 44 per cent wanting to see it kept.

However, Gerrits said the survey results highlights the significant differences of opinion between smokers and non-smokers.

“In the case of alleys and lanes, the difference is 70 to 80 per cent of smokers felt this to be true, whereas only 33 per cent of non-smokers did, but the response from smokers was so high that it did bring all respondents’ final percentage to above majority,” she said.

“This is prevalent throughout all the answers – it’s that difference between the smokers and the non-smokers that is important for council to be aware of.”

Most survey respondents didn’t want to see further restrictions added on to smoking or vaping of cannabis on private property, such as hotels (60 per cent) or backyards (81 per cent).

“There wasn’t a desire on the part of survey respondents to see further restrictions added here,” said Gerrits.

“Of note, backyards was the only location identified in the survey where the majority of non-smokers disagreed with having more restrictions.”

Councillor Peter Poole said he wants consideration of ventilated pavilions or some form of ventilated space, such as in alleys where there is restaurant construction.

However, like other council members, he indicated there wasn’t a rush on this given the backlog of projects due to the COVID-9 shutdown.

“It’s been something that I’ve recommended for a long time in any of the downtown areas where we have restaurant construction, that we provide in the alleys some sort of ventilated pavilions or ventilated spaces,” said Poole.

“They are not closed spaces, but open air spaces, but better ventilated to allow people to smoke without it being such a nuisance. For things that are nuisances, we tend to figure out design solutions.”

Coun. Poole said he was also impressed that the survey results indicated mutual respect between the smoking and non-smoking community.

“Firstly, that smokers are so community minded as to want to sort of avoid interfering with other people’s enjoyment of the public space, and secondly that non-smokers are respectful of smokers’ use of smokers’ private space,” he said.

“I would hope that we can encourage that going forward.”

The latest Statistics Canada data indicate that 16.9 percent of Alberta’s population consumes cannabis, and as high as 27 per cent among those 25 to 34 years of age.

Discussion on further restrictions on tobacco smoking in Banff on hold
Jun 23, 2020 8:52 AM