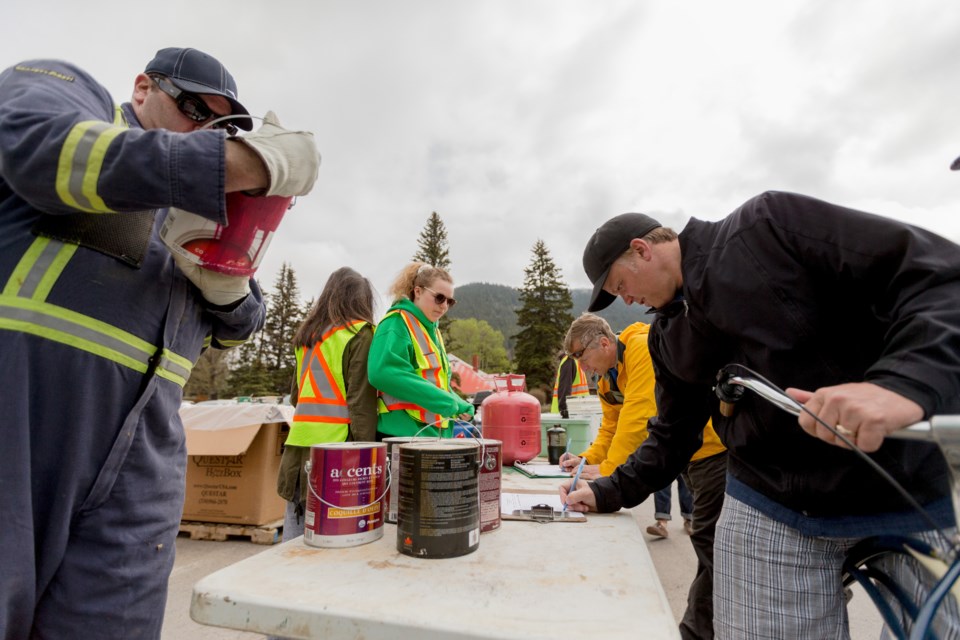 In 2016, Kelly Gibson recycles a can of paint during the Banff Recycling Round. This week, Gibson was named Banff's town manager

BANFF – The Town of Banff’s new top bureaucrat is a longtime and well-known local.

Kelly Gibson, who has worked with the municipality for 18 years, was promoted from corporate services director to town manager to replace Robert Earl, who left his position after 15 years to take on the top job at a coastal municipality on Vancouver Island earlier this summer

Gibson said he’s thrilled for the opportunity and looks forward to working with all his colleagues in his new role as town manager, which begins on Jan. 5, 2020.

“I’m humbled by the confidence shown to me by council and I’m ready to work hard in this new position for our community and all the residents of Banff,” he said in a news release.

Gibson moved to Banff in 2001 to work for the municipality, first as a senior accountant and then as director of corporate services for the past eight years.

Before that, he was manager of finance for the City of Portage la Prairie in Manitoba.

Gibson has a strong base in finance and financial planning, having been instrumental in the development of Banff’s budget over the years.

Mayor Karen Sorensen said Gibson has the passion, experience and skills to lead Banff in “a positive direction into the future.”

“We have every confidence in his abilities to do the very best for this community in the coming years,” she said in a news release.

“Succession planning is very important in this organization and it’s always great when we can promote such a strong candidate from within.”