Spiritleaf is opening its Banff location on Bear Street on Tuesday, Oct. 1 – franchise owner Jeff Hines says he is 'very excited' following a lengthy and arduous approval process
Sep 28, 2019 9:30 AM By: Cathy Ellis 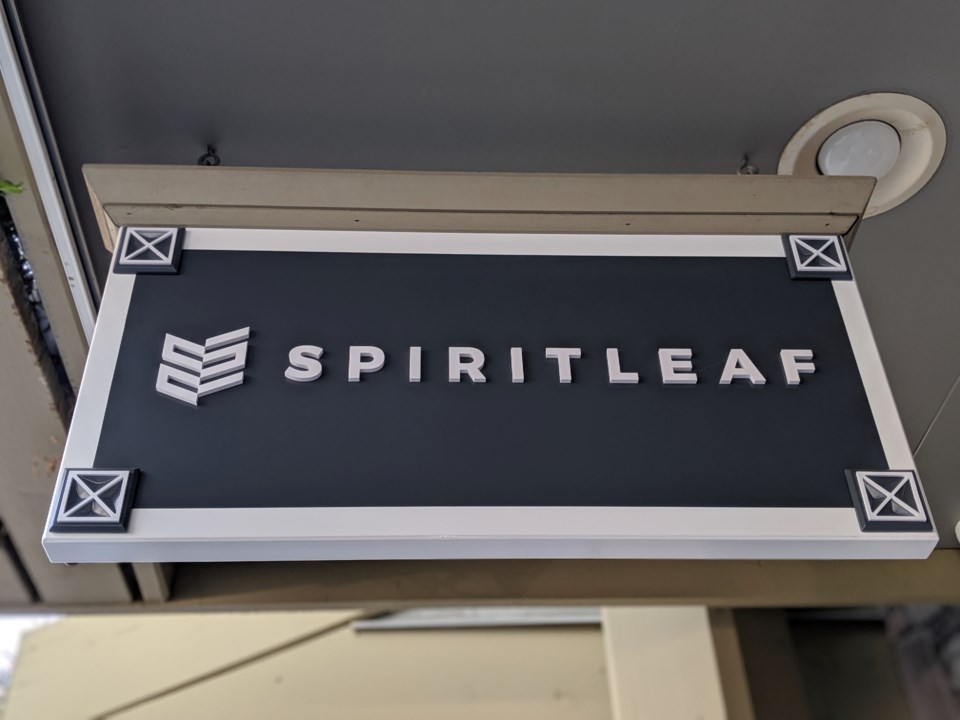 BANFF –Banff is rolling out its first pot shop almost a year after recreational cannabis was legalized in Canada.

Spiritleaf, located on the 200 block of Bear Street, opens its doors at 10 a.m. next Tuesday (Oct. 1) – one of five stores with municipal approval to operate, but the only one to get the green light from the Alberta Gaming, Liquor and Cannabis (AGLC) commission so far.

“It’s been an extremely long process so we’re looking forward to seeing the fruits of our labour.”

Hines said Spiritleaf will be fully stocked on opening day.

“We will have had the luxury of placing four orders through AGLC and multiple orders for accessories,” he said.

“We will be fully stocked on opening day and people can expect well trained staff that are there to steer you in the right direction.”

The federal government legalized retail cannabis in Canada on Oct. 17, 2018.

Spiritleaf, which is the only street-level cannabis retailer in Banff, was subject to an appeal by one of its competitors.

Alcanna Inc., a cannabis retail giant, which owns Nova Cannabis and has a development permit to open in the basement of the Sundance Mall, argued earlier this year that approval of Spiritleaf at 203B Bear St. violated the municipality’s land use bylaw.

Hines and his lawyer argued the appeal was simply about eliminating a competitor with a street front location. The development appeal board tossed out Alcanna’s appeal, noting Spiritleaf met the bylaws.

“This is a legalized product that is retailing across Canada and we have business people who are anxious to move into that industry,” she said.

“This definitely was unchartered territory. I don’t how many councils get to talk about a new product coming onto the market, particularly one that was considered illegal in the past.”

Sorensen said she likes to think council made the right calls in terms of the rules surrounding cannabis retail locations.

“We currently have five stores approved, with one opening,” she said. “In my opinion, as with everything, the market will dictate the supply and demand of those retail opportunities.”

Town of Banff officials say they believe the municipality’s cannabis bylaws are relatively in line with those of other cities and towns in Alberta.

Banff does have a required 30-metre separate distance between cannabis stores to prevent a proliferation of shops in the tourist town  – what is referred to as the Green Mile.

Dave Michaels, the Town’s development services manager, said he still gets inquiries from people interesting in opening up a store in Banff, noting there’s potential for more retailers if they can find space and meet all the criteria.

“Space was always going to be challenge – and still is,” he said.