“We support the vision for a pedestrian and cycle friendly town. Getting this bridge built will expand the trail network and will help get people to more areas of the Park without increasing traffic. It will also create a beautiful viewpoint for residents and visitors.”
0
Jan 10, 2020 3:45 PM By: Rocky Mountain Outlook 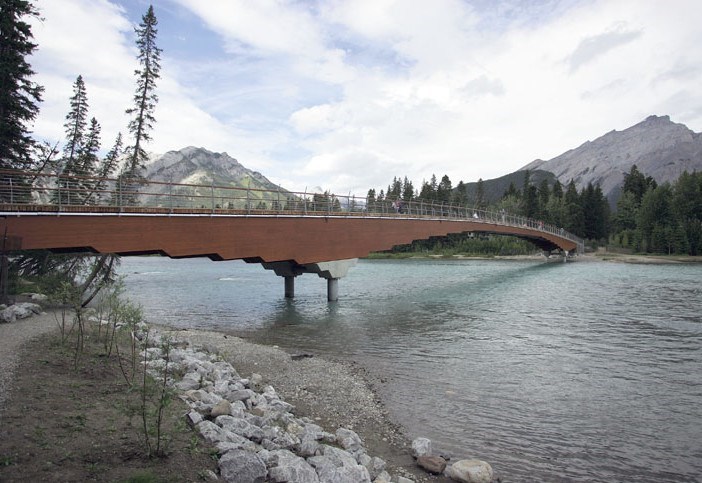 BANFF – The Wim and Nancy Pauw Foundation announced Friday (Jan. 10) it would donate $2.5 million to the Town of Banff to construct a pedestrian bridge across the Bow River.

The bridge, which would connect the downtown to the Recreation Grounds and Cave and Basin area, is estimated to cost $5 million and the municipality has been pursuing provincial and federal grant funding in order to cover $4.5 million of the total pricetag.

“We support the vision for a pedestrian and cycle friendly town. Getting this bridge built will expand the trail network and will help get people to more areas of the Park without increasing traffic. It will also create a beautiful viewpoint for residents and visitors.”

The announcement marks the first time the Banff-based foundation has provided capital funding for a project. Between 2013-19, the Wim and Nancy Pauw Foundation has contributed $1.4 million toward grassroots community initiatives.

"That is a significant contribution to our community and I am thrilled that it looks like this pedestrian bridge that we have been talking about for almost 30 years may really come to fruition," Sorensen said.

"Without those dollars, I do not think council would be in a position to move forward with that at this time."

The pricetag for the pedestrian bridge has long been a barrier to its construction. Discussions around a bridge in that location date back 30 years in the community.

However, a year ago administration was in front of council to propose an application for grant funding that could see the municipality covering $500,000 of the total cost.

In March, $2 million from the federal government's Investing in Canada Infrastructure Program was approved for the project.

Those federal dollars flow through the province and it was hoped that it would be matched by funding through the Alberta Community Transit grant program that was connected to the carbon tax. Last spring's provincial election was won by the UCP on a platform to cancel the carbon tax, which they did. They also cancelled the Alberta Community Transit program as part of Budget 2019.

As a result, the project was at risk of not moving forward without a source of funding for the remaining $2.5 million needed.

Sorensen said with the funding from the foundation, the pedestrian bridge could be considered a partnership between the municipality and the private sector for the benefit of all residents.

"What I really appreciate about the Pauw Foundation ... is they are very committed to contributing directly to the community and to residents," she said. "This makes me very grateful."

Banff council will vote on changes to the 2020 capital and operating budgets at its next regular business meeting on Jan. 27.