“What we need to do is work on curtailing the excess demand for housing. Just working on the supply side will fail as it has failed for 20 years.”
Oct 2, 2019 1:09 PM By: Cathy Ellis 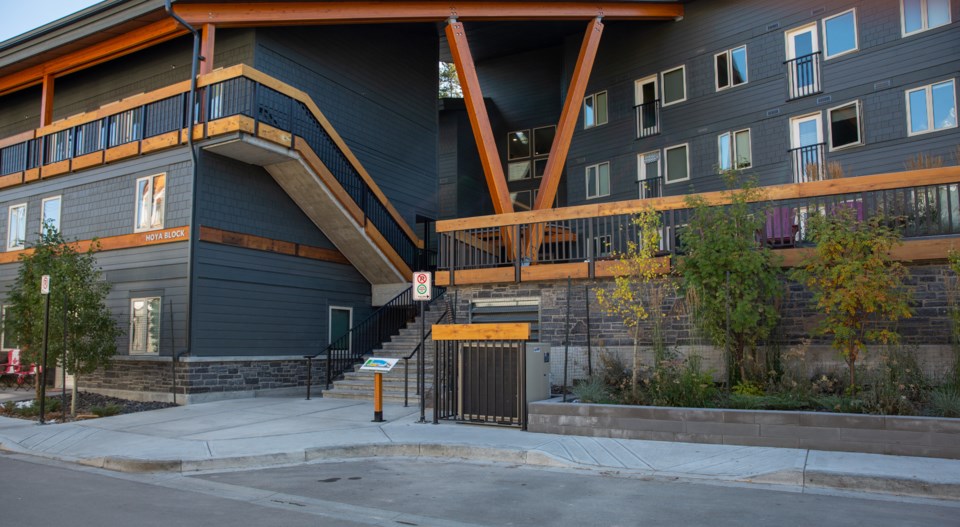 BANFF – The rental housing vacancy rate has hit 1.1 per cent after years of sitting at zero.

While a healthy vacancy rate is considered to be between three and five per cent, Mayor Karen Sorensen said this is positive step in the right direction to deal with the tourist town’s ongoing housing crunch.

She said councils of the day allowed for increased residential density in 2010, changed parking requirements to encourage the private sector to build density housing and the municipality built 132 units at Ti’nu with help from Parks Canada and former NDP provincial government.

“When I ran again this time, it was my goal to get to at least two per cent by 2021 and I feel really positive already.”

Sorensen said the biggest misconception with Ti’nu was that the municipality was building more housing so more people could live in Banff.

“We needed to build housing because we have a crisis,” she said.

“We encouraged more housing so six or eight people didn’t have to live in a two-bedroom apartment because that’s all they could afford or find.”

“Anecdotally, I’ve heard people are saying, ‘you know what? I’m not renting as quickly as I did, or I might have fewer people,' ” she said. “That was and is the intention – that people looking to rent accommodations actually have a choice as to where they can rent.”

Banff’s vacancy rate was released last week in the 2018 Apartment Vacancy and Rental Cost Survey, an annual survey that’s been conducted by the provincial government since 1973.

Whilethe  vacancy rate has inched up, Councillor Peter Poole said Banff’s housing problem will continue until there is comprehensive integrated policy that looks at both housing demand and supply.

“A one per cent vacancy is nowhere near the vacancy rate that we need so those apartments can be cleaned up, fixed up and rented out at reasonable rates for people,” he said.

“What we need to do is work on curtailing the excess demand for housing. Just working on the supply side will fail as it has failed for 20 years.”

The reason for Banff’s ongoing housing crisis, Poole said, is because the Town currently subsidizes new business development, for example through cash in lieu of providing housing.

And there hasn’t been a bylaw review of the ratio of staff per new development for required housing, he said.

“It’s cheaper for business to expand by paying the Town money than to build new housing,” he said.

“Many of those staff members will be coming into the Town of Banff and that makes it hard for us in the town to provide for adequate housing supply,” he said.

“This one per cent glimmer of vacancy does not get us out of the problem.”

At a 1.1 per cent vacancy, Poole said the landlords can still continue to raise rents.

“The landlord has almost no competition,” he said. “If hotels in Banff had 99 per cent occupancy, we all know what would happen with local hotel rates.”

According to the provincial survey, the highest end of the rental ranges across Alberta was in Banff: two-bedroom units at $3,600 and four-plus bedroom unit at $4,000. Average provincial rates for two bedroom were $893 and for four-bedroom $1,436.

Meanwhile, Sorensen said plans to build perpetually affordable rental housing on lands on Cave Avenue are “still on our radar”.

But first up, she said the plan is to proceed with a home ownership model at 338-340 Banff Ave.

“We just can’t do all the projects at the same time. Any building of housing for our current residential population is helpful,” she said.

“If we look at Banff Avenue, once that’s built that’s only opening up rental for other people. It’s a trickle down effect.”