BANFF – A massive clean up operation of a major train derailment remains underway to prevent emerging grizzly bears from getting into spilled grain. The Feb.
Mar 7, 2019 12:00 AM By: Cathy Ellis 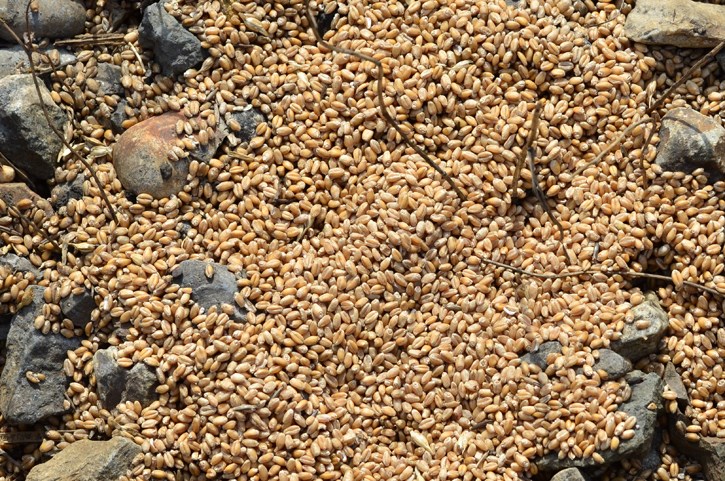 BANFF – A massive clean up operation of a major train derailment remains underway to prevent emerging grizzly bears from getting into spilled grain.

The Feb. 28 derailment saw 21 cars fall off the tracks across a 300 metre area, 11 of which were empty and another 10 carrying canola, which is a calorie-rich source of food that draws bears to the tracks each year.

The location, about seven kilometres west of Banff near Backswamp, is a hot spot for bears heading out of their dens each spring looking for an easy meal of animal carcasses and grain along the train tracks.

Bill Hunt, resource conservation manager for Banff National Park, said he didn’t know specifically how much grain had been spilled, but said “it is 10 cars that were full of canola.”

He added there have been no reports of bears in the area and the surrounding Bow Valley Parkway.

“Thankfully no, and we’re watching quite closely for that,” he said. “That’s what the sense of urgency is all about. We’re trying to get as much grain removed as possible before bears head out.”

“Although it seems like the middle of winter right now, the larger dominant male bears could be out as early as late March, making for a narrow cleanup window,” said Bow Valley Naturalists vice-president Reg Bunyan.

Last year, the first sighting of Banff’s dominant male grizzly No. 122, also known as the Boss, was on March 24. It was along the Bow Valley Parkway in the same area as the derailment and grain spill. In 2016, he was out as early as March 5.

The clean up operation is a big one, but Parks Canada is hoping the main clean up will be complete within the next two weeks, including the bulk of the grain removal and taking away the derailed cars.

Hunt said CP is expected to install electric fencing to exclude wildlife from the grain once the train cars are removed, and additional clean up is expected as melting snow exposes undetected grain in spring.

“We’re focusing on getting the grain out, but they are working to mobilize the fencing,” he said.

CP officials did not provide interviews, but in an emailed statement said they are working closely with Parks Canada during the ongoing recovery of the spilled grain at the derailment site.

“In addition, CP has retained wildlife experts who are working closely with Parks Canada experts to minimize any potential impacts on wildlife,” said spokesperson Salem Woodrow in an emailed statement.

Since 2000, 17 grizzly bears have been killed on the train tracks in Banff and Yoho national parks, which is a significant blow to Banff’s population of about 60 grizzlies.

Train strikes are the leading cause of death of the threatened species in this area.

A $1 million, five-year Parks Canada-Canadian Pacific Railway joint study from 2012-17 looked at ways to reduce the alarming number of bear deaths on the train tracks, and in particular grizzly bear mortality.

Researchers from the University of Alberta concluded grain from trains creates a “substantial wildlife attractant.” The research estimated 110 tons of grain is deposited in the park annually, considered enough to feed about 50 bears for an entire year.

“Much of this energy will not be accessible or available to bears; however, their attraction to it could contribute to rising and unsustainable rates of mortality,” according to authors of the study.

Bunyan said 110 tons is “just the trickle spill,” noting it does not include large depositions when grain cars are parked for long periods of time on sidings.

“One of the things that people need to keep in mind is that although a large grain spill gets the press, on a yearly basis, the total tonnage of grain that is spilled from slow leaking grain cars dwarfs any one major grain spill,” said Bunyan.

“Slow leakage from grain cars is still the bigger environmental issue and one of the major factors in bear mortality.”

In October and November last year, Bear No. 122 and Bear No. 136 – a large male bear dubbed Split Lip for his disfigured mouth – were both attracted to grain spills in the Hillsdale area west of Banff.

At the end of October, Parks Canada’s wildlife experts had to haze The Boss off the tracks near the Banff townsite where he was feasting on grain. Bear 122 already survived a train strike in 2010 near Vermilion Lakes.

The derailment on March 1 was the third in two months.

All three incidents remain under investigation by CP Rail and the Transportation Safety Board.

“CP takes each incident extremely seriously and conducts a full investigation in each instance,” said Woodrow.