Banff Hospitality Collective plans to open a new restaurant and tavern in the former Mel's building on Lynx Street.
Feb 9, 2021 8:17 AM By: Cathy Ellis 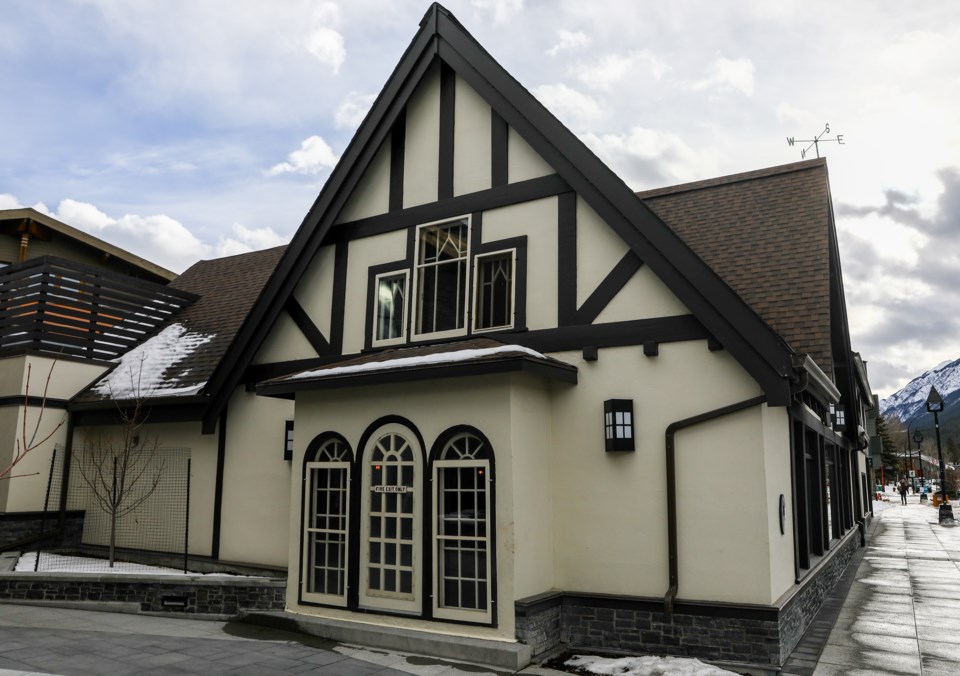 The 1930 landmark heritage building was the previous location of Melissaâs in Banff on Tuesday (Feb. 2). EVAN BUHLER RMO PHOTO

BANFF – A 1930s heritage building that housed Melissa’s restaurant for decades is being renovated and turned into a new restaurant and tavern.

Frank Architecture and Interiors and Little Giant Architects submitted a development permit application to the Town of Banff on Jan. 15 on behalf of Banff Hospitality Collective for exterior renovations to the Lynx Street building.

Although the prominent local landmark is not a designated municipal heritage resource, the proposal went to the Banff Heritage Corporation (BHC) for feedback on Jan. 21 because it is listed on the municipality’s heritage inventory.

Heritage corporation members were impressed with the plans; however, asked the proponents to consider a redesign of the large stone chimney in the centre of the building to a design more sympathetic to the original.

“I like this. I’m pleasantly surprised,” said Steve Malins, a Parks Canada representative on BHC. “I just don’t know how important it is to reinstate the chimney.”

The purpose-built restaurant building is one of the earliest Tudor revival style buildings in Banff – which was the preferred architecture for projects in Banff National Park in the 1930s.

Over the years, minor changes have been made to the original one-and-a-half-storey building. The exception to that was an addition to the south end of the building in the 1970s.

The Banff Hospitality Collective’s plans for the building involve making the main entry point the original recessed entry along Lynx Street, which is currently a window.

In addition, a classic Tudor revival wood pergola has been proposed as part of a new patio built last year.

“We love the old portion of the building, so we actually don’t really want to touch that at all,” said Mark Burkart, principal of Little Giant Studio.

“But we want to bring up that '70s addition to make it more consistent with the original building detailing.”

Town of Banff officials say Banff Hospitality Collective wants to bring the spirit of the original building back to life, noting that historical preservation is at the forefront of all renovations.

“What the applicant was really hoping to do was try to bring that 1970s piece much more in line with the 1930s piece to try to reflect the core elements that make that building special,” said Darren Enns, the director of planning and development for the Town of Banff.

“In the 1970s, there was a half-hearted attempt to do that, and I think the current applicant is looking to go all in on that.”

Meanwhile, Melissa’s restaurant and bar, which operated out of this Lynx Street space since the 1970s, reopened its doors on Monday (Feb. 8) in the former location of Wild Bill’s Legendary Saloon on Banff Avenue.

Wild Bill’s closed its door at the start of the COVID-19 pandemic in March, 2020.