With Stoney Nakoda people of all ages attending, the organizers said they want to focus on passing along their traditional language and practices to the next generation with this years theme as the Nakoda language
Aug 6, 2019 1:54 PM By: Jenna Dulewich 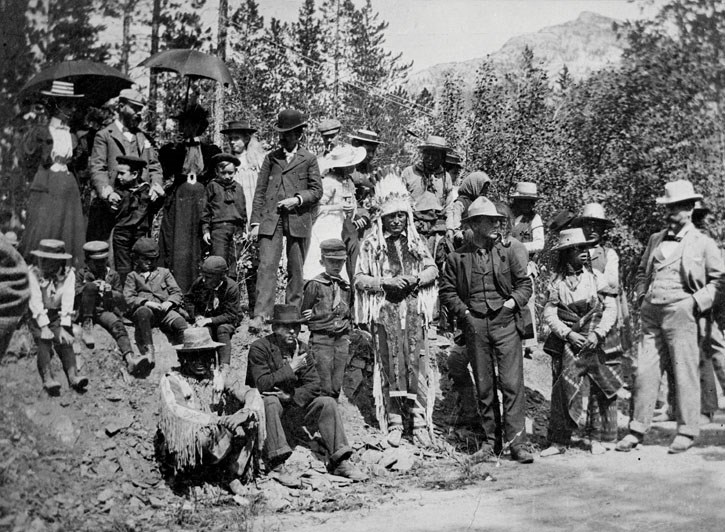 BANFF – Stoney Nakoda Nation members will be celebrating their culture once again with the Nakoda Banff Indian Days kicking off this week.

Inviting Bearspaw, Chiniki and Wesley to the traditional camp, located north of the Town of Banff, the cultural celebration is closed to the public with the exception of Saturday (Aug. 10) when non-Nation members are invited to the breakfast, day of games and activities and evening powwow.

"What we are trying to do is teach our culture, our traditional ways and this year we are focusing on the language," said Margaret Snow, Nakoda Days organizer.

With Nation members of all ages attending, the organizers said they want to focus on passing along their traditional language and practices to the next generation with this years theme as the Nakoda language.

"I hope there are more youth attending – we invited lots of to come there," Snow said.

Using the land for hunting, gathering and camping before the Canadian government restricted Indigenous people use of the land and forced them outside of National Parks for traditional practices in the 1800s.

Then a train derailed near Banff in 1894.

With the Stoney Nakoda people camping near the accident, the conductor asked those camping if they could entertain the tourists offering food and honorariums, which resulted in a seven-decade annual event.

Recognized as a tourism opportunity by the federal and provincial government, the Stoney people were invited back once a year as a spectacle for tourists, where they were allowed to practice some cultural traditions but under strict guidelines. The Stoneys were also expected to open their teepees and pose with tourists.

Also seeing an opportunity, the Stoney Nakoda people used Banff Indian Days as a way to challenge stereotypes and assimilation.

During an interaction between one of the Chiefs and a tourist, Chief Walking Buffalo questioned if white people knew what civilization actually meant.

"I still think lots of the times that you white savages do not know nothing about your word, the meaning of civilization," Walking Buffalo was quoted saying.

Running for seven-decades, Banff Indian Days then took a 30-year hiatus when politics brought the event to a halt in 1978.

Elder Roland Rollinmud resurrected the annual multi-day event in 2005 as a cultural celebration.

"When I was 14 standing outside the tent, my grandmother told me to make sure we never lose this because if we do then we lost who we are – I didn't know what she meant at the time, but it stayed with me," Rollinmud said earlier this year at a presentation for the annual Chiniki Lecture series.

Now focusing on the youth, organizers and elders want to pass along their traditions and cultural practices.

"You know on the reserve, some young people are isolated and we tell them to just come, you don't need to bring anything, just come and enjoy yourself," Snow said.

The organizer remembered attending the event in her youth, saying it was a great place to get together and make friends.

"Just seeing other families getting together and sharing that is fun. Watching children and grandchildren playing, having their fun and I think most of all, is to make friends there, met new people, I think that is special," Snow said.

The camp sets up the beginning of this week and runs until Sunday with cultural workshops, pipe ceremonies, Nakoda language workshops, rounding dances and storytelling.