BANFF – Off-trail use at Johnston Canyon is banned to protect endangered black swifts nesting along the cliffs at one of Banff National Park's busiest tourist attractions.
0
Apr 22, 2019 11:43 AM By: Cathy Ellis 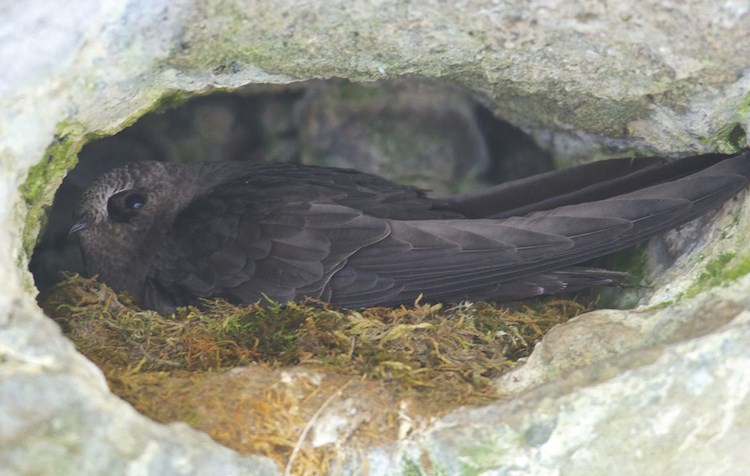 BANFF – Off-trail use at Johnston Canyon is banned to protect endangered black swifts nesting along the cliffs at one of Banff National Park's busiest tourist attractions.

Parks Canada wants to minimize any disturbance to the birds, which were assessed as endangered by the Committee on the Status of Wildlife in Canada (COSEWIC) in 2015 based on the species’ highly specialized feeding and nesting habits, and suspected population decline.

They say the restricted activity order at Johnston Canyon, located about 38 kilometres west of Banff along the Bow Valley Parkway, applies to the lower trail sign to the Ink Pots-Moose Meadows junction.

“Black swifts need protection from human disturbance as their numbers have declined significantly at this site,” states Parks Canada’s restricted activity order. No one from Parks Canada was immediately available for an interview.

In Canada, the breeding range of the black swift is restricted to southern British Columbia and southwestern Alberta, including Banff and Jasper national parks. Elsewhere, isolated populations occur in the western United States, Mexico and the Caribbean.

Counts of nesting birds at Johnston Canyon show numbers have varied from the first record in 1919 to present day. Peak numbers were in 1981 and 1982 when there were 12 nests. These days, there are one to two nesting pairs only.

Johnston Canyon is one of the busiest tourism locations in the national park.

“It is possible that the decrease in breeding birds at Johnston Canyon is due to a decline in local habitat quality and does not represent the status of the species elsewhere,” according to COSEWIC’s status report.

The black swift has many unusual and intriguing facets to its life history and reproductive biology. Its dramatic nesting habitat occurs at remote, inaccessible waterfalls and caves in montane areas and, in a few cases, sea cliffs.

Birds return to their northern breeding areas in B.C. in late April to early June, peaking in mid-to late May or mid-June in Alberta. Typically, black swifts return to the same nesting colonies each year.

According to COSEWIC, departure dates for black swifts leaving breeding areas to migrate southward vary from late August to early October in B.C., to mid-September for Alberta.

“Black swifts departing British Columbia in late August would most likely be failed breeders,” according to the status report.

Because of the secretive nature of the black swift and the remoteness of its waterfall and cliff nesting sites, estimates of overall abundance are not fully known.

“Although the number of known nest sites has increased due to enhanced search effort, there are still fewer than 100 nest sites known in Canada and the United States,” the report states.

The off-trail restricted activity order at Johnston Canyon, which is in effect until Nov. 15, has also been put in place to prevent erosion, trampling and disturbance of sensitive ground and riparian vegetation, as well as to keep visitors safe within a canyon with numerous steep, wet and slippery slopes.