Parks Canada puts down sick elk and deer in Banff

“We’re going to do full necropsies on these animals that we’ve euthanized to make sure it’s not some disease issue … but right now, we assume it’s starvation."
May 13, 2020 7:13 AM By: Cathy Ellis 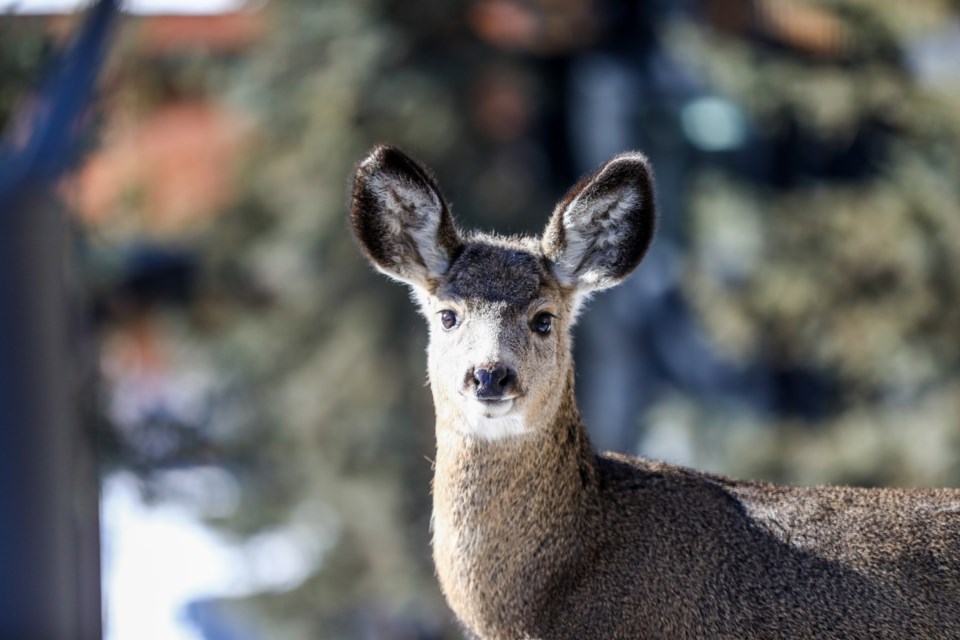 BANFF – Three sick and dying ungulates on the edge of the Banff townsite were killed for humane reasons.

Parks Canada wildlife experts say this winter seems to have been exceptionally hard on local ungulates, noting two deer and one elk that appeared to be starving to death had to be euthanized in the past 10 days.

“We’ve had some deer and some elk that we've found pretty much on their last legs and unable to get up and function properly … on their death beds,” said Blair Fyten, a human-wildlife coexistence specialist for Banff National Park.

“We had to go in and do the humane thing and euthanize those animals. It appears to be starvation, but we’re not 100 per cent sure.”

A necropsy, which is a surgical examination of dead animals in order to learn how they died, will be performed on all three ungulates.

“We’re going to do full necropsies on these animals that we’ve euthanized to make sure it’s not some disease issue … but right now, we assume it’s starvation,” said Fyten.

Fyten said many elk and deer observed around the townsite “look in fairly rough shape” this year.

“It’s a deep snow year and a hard crust and spring was very late coming here – two to three weeks later,” he said.

“Green-up took that much longer and animals seem to be feeling the effects of the hard winter.”

The sick deer and elk euthanized by wildlife specialists were found on the periphery of the townsite, including one deer in a Banff yard.

“They appeared very thin and very weak,” said Fyten. “They essentially couldn’t get up and move off.”

Last year, the elk population was approximately 279 individuals between Banff National Park’s east gate and Castle Mountain. A spring survey did not go ahead this year due to restrictions to protect Parks Canada employees during the COVID-19 pandemic.

Fyten, however, said Parks Canada believes the elk population may be slightly down.

“There seemed to be a lot of predation by our local wolf pack this year, and lots of cougar kills also close to town this spring,” he said.

“The predators did a little bit of a number on the prey.”

“Our wolf pack is at numbers higher than it has been for several years; they do consume a lot of food,” said Fyten

The breeding male and a yearling male of the wolf pack are fitted with GPS collars, which download their locations every day. The breeding female has a conventional VHF collar.

The pack hunts in areas that include the periphery of the Banff townsite, including the golf course, Tunnel Mountain and the Middle Springs wildlife corridor, among others.

Fyten said GPS collar data shows cluster points, indicating when the wolves are hanging out in one location for a while.

“If we go and investigate where those wolves have hung out, sometimes we’ll find a carcass that was killed and consumed on that location,” he said.

“We also get reports of a lot of these carcasses from the public so we go in and investigate.”

Wildlife incidents can be reported to Parks Canada's Banff resource conservation office at 403-762-1470.