Recently released poll by poll results revealed some municipalities in the Bow Valley stayed in line with the majority of the province, such as Bighorn, Exshaw and Canmore which all voted Conservative, while other communities such as Lake Louise, Banff and Morley had different results.
Nov 1, 2019 10:00 AM By: Jenna Dulewich 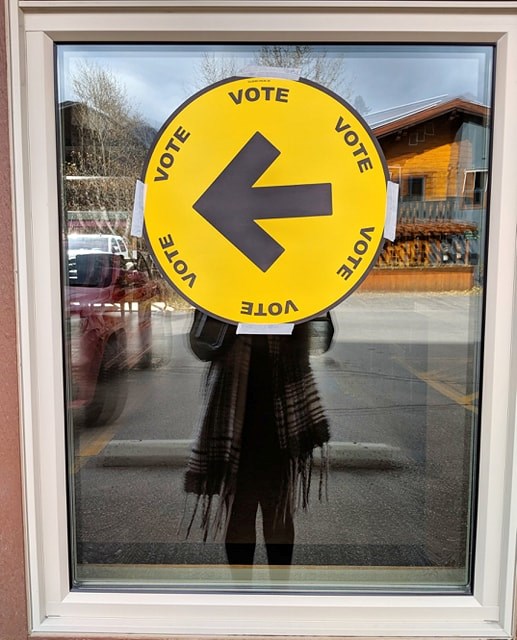 BOW VALLEY – As the federal election results saw the entire province of Alberta go to the Conservatives when the country voted in a Liberal minority government, the Banff-Airdrie riding poll-by-poll results were all over the map.

Recently released poll results revealed some municipalities in the Bow Valley stayed in line with the majority of the province, such as Bighorn, Exshaw and Canmore, which all voted for Conservative incumbent Blake Richards, while other communities such as Lake Louise, Banff and Morley had different results.

Lake Louise was a wave of orange as the majority of votes went to NDP candidate Anne Wilson, while Banff also voted NDP, but only by a mere eight votes more than what the Conservative votes had in the resort town.

At the eastern end of the Bow Valley, Morley, the town site within Stoney Nakoda First Nation, which consists of three bands, the Wesley, Chiniki and Bearspaw, was a wave of red as Liberal candidate Gwyneth Midgely gained most of the votes with NDP's Wilson in a close second.

Wilson said she was happy to hear about her support in the different communities, but was surprised to hear that Canmore voted to support the Conservative candidate.

"I hadn’t known the difference between Banff and Canmore was that significant," Wilson said.

"I’ve taken up causes in Banff, but in Canmore, too. I think I’m well known in Banff and Canmore both. I suggest that Banff may have a higher percentage of people who support more climate action and who are behind stronger alternative energy policies."

Richards was elected as MP for the Banff-Airdrie riding for his fourth consecutive term in office.

The new People’s Party of Canada (PPC) party, which was newly introduced for the 2019 federal election, saw candidate Nadine Wellwood last in the polls across the Bow Valley with the exception of Lake Louise where the Green Party ran last in the polls and PPC was second last.

The poll-by-poll results do not include the results from the advanced polls. More than 30 per cent of residents in the Banff-Airdrie riding took advantage of the advance polls with 24,517 out of 76,595 voters casting their ballots Oct. 11-14.