Recent COVID-19 cases in Banff linked to one household

“Recently, there was a small cluster related to a household group, so not a business or a facility, and the exposure was thought to have occurred at an event in Calgary."
Jul 28, 2020 10:29 AM By: Cathy Ellis 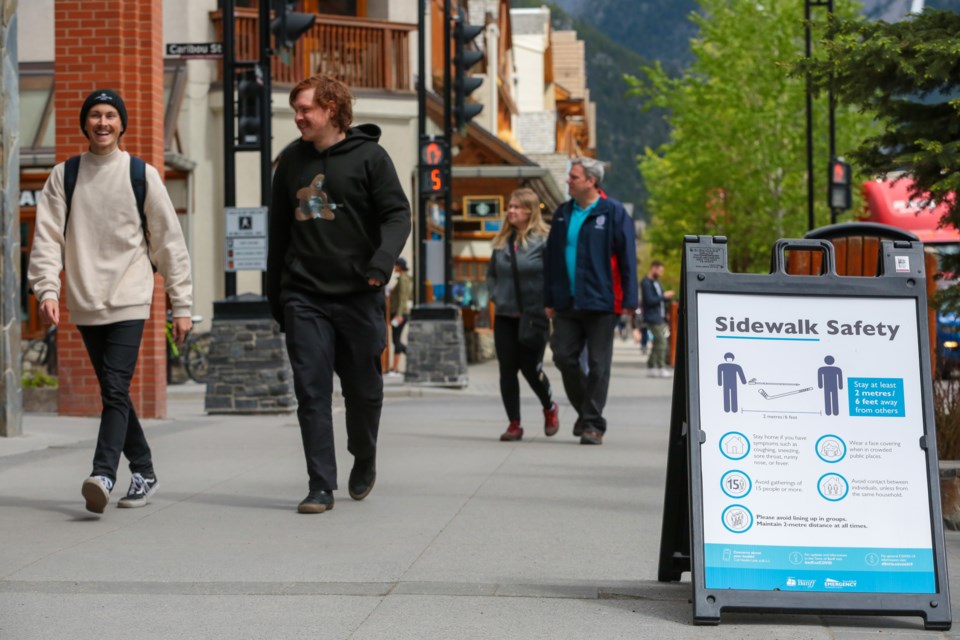 BANFF – Six active COVID-19 cases in Banff are said to be linked to one household.

Silvio Adamo, the Town of Banff’s director of emergency management, said the municipality has been in contact with the regional medical officer of health about eight additional cases that were first reported last week.

“They do not believe there is a substantial, ongoing risk to individuals in Banff,” Adamo said during a council meeting on Monday (July 27).

Local doctor Vamini Selvanandan, who is also with Bow Valley Primary Care Network, said there has been sporadic, imported cases from tourists to Banff, but none have resulted in any transmission in the community.

“Recently, there was a small cluster related to a household group, so not a business or a facility, and the exposure was thought to have occurred at an event in Calgary,” she said during Monday’s council meeting.

“Sadly, some members of this cluster were stigmatized and treated unfairly within our community.”

That said, Selvanandan said Banff’s collective community response to the first wave of COVID-19 infection through physical distancing and closing down businesses was “remarkably effective.”

“Despite the presence of a large number of international travellers in our community at the onset of the pandemic, we managed to have very few cases,” she said.

According to the latest statistics provided by Alberta Health Services on July 27, Banff currently has six active COVID-19 cases, with an additional two that recently recovered. Another six cases reported in Banff during the pandemic have also recovered.

There are currently 1,430 active cases in Alberta, including 91 new cases identified on July 26, another 103 reported on July 25 and an additional 110 cases confirmed on July 24. There are 88 people in hospital, 17 of whom are in intensive care.

Since July 23, eight new deaths were reported, bringing the number of people who have died from COVID-19 to 186 province-wide. In total, 8,774 Albertans have now recovered from the coronavirus.

Councillor Chip Olver expressed concern about whether or not there was any increased risk for Banff given the high number of tourists. Vehicle counts show more than 22,000 vehicles per day in Banff on recent weekends.

Olver pointed to neighbouring British Columbia, where 86 COVID-19 cases have now been linked to public gatherings and parties in the Kelowna area earlier in July.

“I guess that was a real trigger for me here,” she said.

“I did go around the community this weekend just to look at licence plates to get an idea where people are from coming from. The majority are Alberta, I saw B.C., I saw Saskatchewan, Ontario, Quebec and I am sure that there were others,” she added.

Selvanandan said she believes Banff is at higher risk because it’s a tourist town, but believes that can be mitigated by maintaining physical distancing and sticking to cohorts and households.

“I think for the average resident, who is not going within two metres of visitors, I don’t think that’s a problem,” she said.

“I think the people that are most exposed are our frontline workers – cashiers, servers – who are getting closer to visitors physically,” she added.

“Businesses are and should continue with mitigation measures we see like plexiglass and masking that is at least done by their employees.”