LAKE LOUISE – A new public transit service between Banff and Lake Louise zoomed ahead of expectations in its first month of operation.
Nov 15, 2018 12:00 AM By: Cathy Ellis 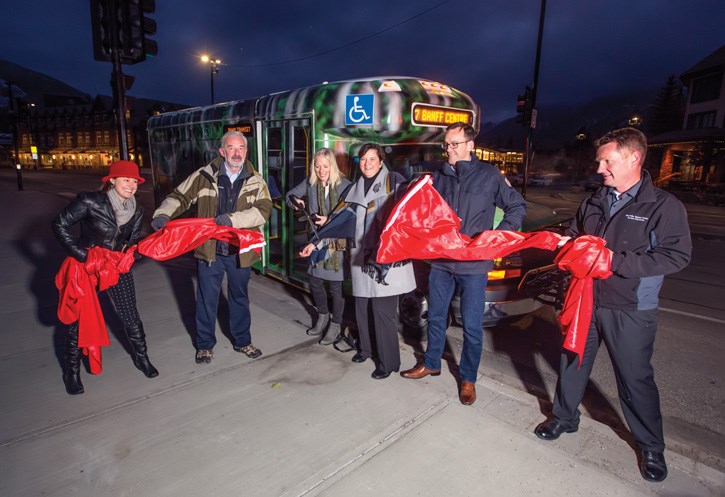 LAKE LOUISE – A new public transit service between Banff and Lake Louise zoomed ahead of expectations in its first month of operation.

Roam's Route 8 Lake Louise saw 4,916 passengers in October – well above the 3,000 passengers Roam Transit anticipated. On the busier weekend days, there were about 250 passengers.

“I think for October, for the start of a new service, it’s excellent. This has greatly exceeded our expectations,” said Martin Bean, chief administrative officer for Bow Valley Regional Transit Services Commission. “We’re happy to be able to connect Banff and Lake Louise for residents and visitors and provide connections to Canmore as well.”

It’s a free service for now to help encourage residents and visitors to jump on the bus, but a one-way fare of $8 will be charged starting Dec. 3.

The route will grow in summer 2019 to include stops along the Bow Valley Parkway, such as  Johnston Canyon.

“We will have routes on the Trans-Canada Highway and also buses that go along the Bow Valley Parkway,” said Bean.

“We’re designing it so that if people want to go directly to Lake Louise, then they have the option of staying on the Trans-Canada Highway.”

It’s expected the passenger numbers will drop off a little in November and early December, before picking back up again in the lead-up to Christmas.

Bean said the Lake Louise service was designed to help local residents and visitors, with five departure times from Banff, including a start at 7:30 a.m. and last departure at 10 p.m..

“The 10 p.m. departure allows people to see a movie and go for dinner before heading back to Lake Louise,” he said.

Meanwhile, Roam is working closely with the Canmore Eagles, a hockey team in the Alberta Junior Hockey League.

“For the price of an Eagles ticket – $15 – you can get a bus ride from Banff and a ticket for the game,” said Bean.

“We started this promotion in the playoff times last year, but this year we’ve expanded the program to the full season.”