Roam transit to be part of Banff pedestrian zone this summer

"Bus travel is intended to be four to six kilometres an hour … Vail has gone 30 years with one incident of a pedestrian accident in that time period.”
Jan 25, 2021 4:16 PM By: Cathy Ellis 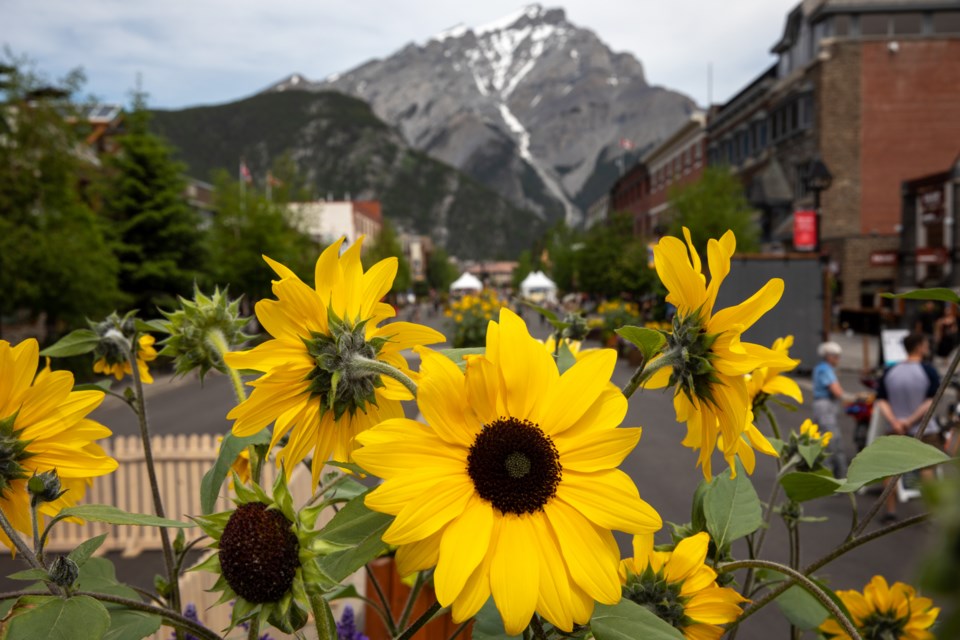 BANFF –  The Banff Avenue pedestrian zone is going ahead this summer, but with transit buses running through the area.

Mayor Karen Sorensen said many of these initiatives help with the success of the pedestrian zone, which at the end of the day aims to keep visitors and residents safe during the COVID-19 pandemic and to help boost the economy.

“This is why we’re even having a pedestrian zone once again. Banff Avenue is not a nice-to-have this year; it’s a must-do,” she said during the governance and finance committee’s review of municipal services on Friday (Jan. 22).

“We are trying to defend our brand as a safe and healthy destination and to do the best we can to have some summer economy here.”

Last year, Roam was shunted to Beaver Street to make way for the pedestrian zone, which Bow Valley Regional Transit Services Commission (BVRTSC) has since indicated was part of the reason, other than COVID-19, for lower ridership.

Darren Enns, the director of planning and development, said staff spoke with officials in Vail, Colorado, where buses have been allowed in that tourist town’s pedestrian zone for decades.

“Bus travel is intended to be four to six kilometres an hour,” Enns said, adding buses would be equipped with a driver-activated whistle system.

“Vail has gone 30 years with one incident of a pedestrian accident in that time period.”

Routing for all transit vehicles is proposed to be on one of the interior vehicle lanes of the pedestrian zone, with buses scheduled to avoid a head-to-head conflict.

Bus drivers would also be in constant radio communication, and should buses be required to pass, space would remain at the Caribou Street and Banff Avenue intersection to allow for this.

Councillor Brian Standish, who is chair of the BVRTSC, voiced strong support for moving Roam back to downtown Banff Avenue this summer from Beaver Street.

“I think Roam deserves to be on Banff Avenue. If they can do it in Vail, we can do it here,” he said.

The governance and finance committee also approved a $40,000 gate system over a cheaper landscaping option as the best way to keep private vehicles out of the pedestrian zone – either those entering accidentally or deliberately.

Silvio Adamo, the director of emergency management for the Town of Banff, said he believes a gate system would be safer.

“Unfortunately, vehicle intrusion is a reality in our country and province and we’ve had examples of both of those,” he said.

“I recommended if we were going to introduce transit that we do have some sort of gate system into that zone,” he added.

“I’ve spent a lot of time on Banff Avenue and it was very busy and I anticipate it being even more busy this summer.”

Other initiatives to go ahead – unless dropped at Wednesday’s budget meeting – include a $62,000 shuttle bus system between the train station and downtown, $12,600 for intercept lot parking ambassadors and $22,300 for enhanced flagging.

The hefty price tag is covered by a municipal operating support transfer (MOST) –  grant funding from the Alberta and federal governments to support municipalities significant operating impacts due to the COVID-19 pandemic.

The 24-passenger shuttle will be operated by Roam transit between train station intercept lot to the downtown core during peak hours and on peak days as needed.

“I believe a shuttle system is imperative to the success of the intercept lots for lots of reasons,” Sorensen said.

Coun. Peter Poole, however, wasn’t convinced a shuttle system was needed this year, particularly given the need to watch spending in 2021 as COVID-19 continues.

“By not having shuttles, you have more people walking and going along the river and experiencing cultural organizations, which might be a better national park experience, rather than the commercial district,” he said.

Coun. Corrie DiManno was strongly in favour of intercept lot ambassadors and flagging personnel to direct visitors into the park-and-ride lot.

“We learned last year that we need to be more aggressive in our flagging into the intercept parking lot,” she said, noting it was nowhere near as busy as hoped.

“This is a rebuilding year, so let’s see what works and see what potentially doesn’t work. This is a good step in managing vehicle congestion going into the summer.”

As part of the pedestrian zone this year, there are plans for a weekend-only valet bike parking service.

Enns said cycling was extremely popular last summer, in part because of the Bow Valley Parkway closure to vehicles, and it was hard for cyclists to find bike parking downtown.

“It sounds high end, but it’s a tent and a cage. The intent is to provide people with secure bike storage so they can walk around the pedestrian zone,” he said.

Coun. Poole, who opposed all of the add-on pedestrian zone initiatives in a year of belt-tightening by residents and businesses, also voted against the valet bike parking service.

“I do not want to step into the terrain that can be well handled by existing private businesses,” he said.