BOW VALLEY – Climate change could lead to a shortage of a critical seasonal grizzly bear food in the Rocky Mountains in in the next 60 years in the months before hibernation.
Apr 18, 2019 12:00 AM By: Cathy Ellis 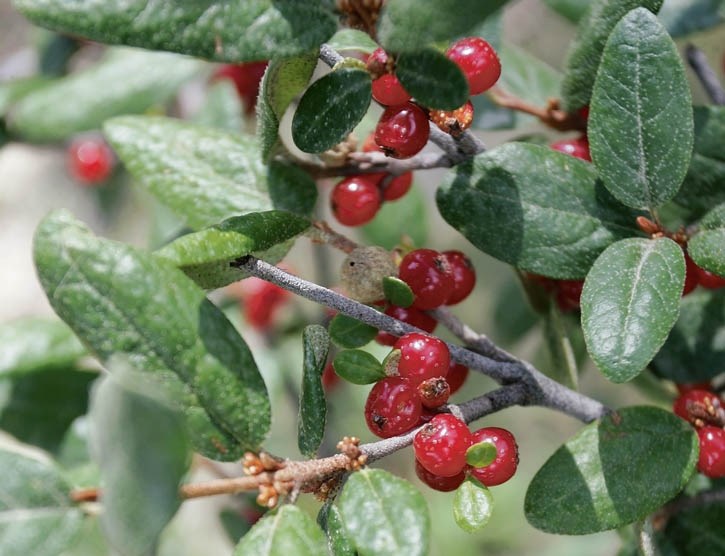 BOW VALLEY – Climate change could lead to a shortage of a critical seasonal grizzly bear food in the Rocky Mountains in in the next 60 years in the months before hibernation.

That’s according to a new University of Calgary study published in the scientific journal Nature Climate Change, which predicted buffaloberries would ripen three weeks earlier than they do now, and up to 40 days earlier at higher elevations, under climate change projections.

And that, says researcher David Laskin, would have major implications for grizzly bears, widening the gap between the availability of this calorie-rich seasonal food and the time when bears head into their dens.

“The buffaloberry crop, as we know in Bow Valley, is a critical buffet for the bears late in the season and it’s an opportunity for them to gain a lot of weight before hibernation,” Laskin said.

“Their ability to reproduce relies on how much weight they can put on in summer. There’s going to be a bigger gap between when bears eat berries and when they hibernate, and that may compromise their ability to gain weight.”

“If the period is shortened, you can see the dramatic impact it can have,” said Laskin.

With the buffaloberries ripening three weeks earlier and the berry season finishing sooner, the researchers say this development will change the behaviour of bears, which are food driven.

Laskin said it could lead to increases in human-wildlife conflicts as bears search for food at times and places people aren’t used to seeing them.

“If they don’t have the berry crop when they expect it, it might push them to explore other resources and go into areas that they wouldn’t normally spend time,” he said.

“That might lead to issues with human bear conflict and how that management of these issues plays out can have impacts on bears.”

Researchers say that being able to monitor timing of key food sources, and by extension when and where grizzlies would be, can support grizzly bear management by pinpointing where and when conflicts with people might occur.

“If you’re a land manager and you’re trying to decide whether or not to close a campground or restrict industrial activity because there’s going to be bears attracted to that area, then this is a great predictor of that,” he said.

For Yellowstone to Yukon (Y2Y) Conservation Initiative, an organization with a vision to connect and protect big core areas for nature and people, this is an important study that further contributes to understanding how ecosystems are changing under climate change.

Jodi Hilty, president and chief scientists at Y2Y, said one of the most outstanding pieces of the study is how the authors talk about the de-coupling of different elements of the ecosystem.

“It’s from grizzly bears to these buffaloberries and how these changes in timing can have big surprises and consequences that cascade throughout the whole ecosystem,” she said, noting that’s one big reason to play attention to climate change.

“If these kinds of changes are happening to a single plant, they’re also happening to many, many other elements of the ecosystem.”

“None of us really want to have grizzly bears having more negative interactions with people, which this paper suggests is one possible outcome … and we know bears always lose,” Hilty said.

“If we want to save bears and we want nature go forth, we really need to step up and address climate change at a global scale and also need to address conservation at the scale that animals like grizzly bears need.”

The revelations in the study came as part of a breakthrough in tracking the phenology of plants – the timing of seasonal activities in plants an animals such as the stage in which plants move from flowering to fruiting – beneath the forest canopy.

Laskin, who developed a framework using satellite-derived measures of temperature accumulation to do this, said this is a powerful lens through which to observe climate change, as ecological communities are affected profoundly by climate.

“We have a kind of methodology now to monitor the direct impact of climate change on forest ecosystem dynamics and relate this to grizzly bear management on the landscape,” Laskin said. “Grizzly bear are just one application. We can apply it to many different species and we can apply it broadly.”