BANFF – The sewage is hitting the fan. Three property owners on Sulphur Mountain are on the hook to pay for replacement of an aging sewer line that occasionally blocks up and spills raw sewage – and they’re not happy about.
Nov 22, 2018 12:00 AM By: Cathy Ellis 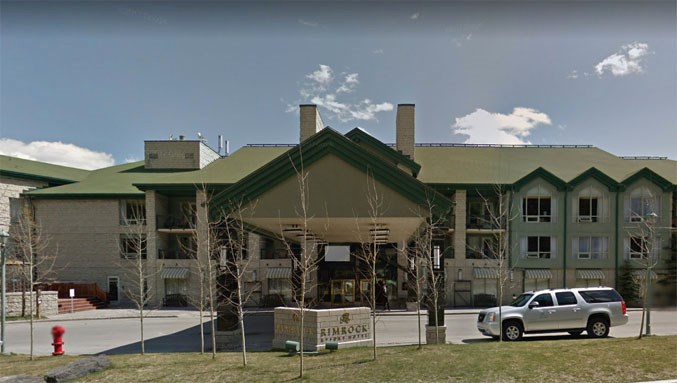 The Rimrock Hotel is one of three property owners on Sulphur Mountain that are on the hook to pay for replacement of an aging sewer line that occasionally blocks up and spills raw sewage.

BANFF – The sewage is hitting the fan.

Three property owners on Sulphur Mountain are on the hook to pay for replacement of an aging sewer line that occasionally blocks up and spills raw sewage – and they’re not happy about.

On a close 4-3 vote on Nov. 13, council decided the Rimrock Resort Hotel, the Banff Gondola and Parks Canada’s Upper Hot Springs must pay back the $2 million to $4 million the municipality is borrowing for the upgrade through utility rates over time.

The businesses argued against paying, noting the Town of Banff took over ownership and responsibility of the line in 1995 and all out-of-town properties already pay a premium water and sewer surcharge of 25 per cent.

The sewer pipeline, which is the only one outside town boundaries, has been a source of backups that have led to raw sewage spilling through a manhole below the Rimrock on occasion.

In 2017, grizzly bear 148 was attracted to a raw sewage spill, forcing park wildlife experts to haze the famous female bear from the site and shut down trails in the area. The bear was later shot and killed by a hunter in B.C.

Based on preliminary design, and given the level of uncertainty surrounding ground conditions, the construction cost is anticipated to be between $2 million and $4 million. The price will be narrowed down more once the tendering process is complete.

A proposal to split the cost 50-50 between the Sulphur Mountain properties and Town of Banff ratepayers was narrowly defeated, with Councillors Chip Olver, Peter Poole, Ted Christensen and Brian Standish wanting the businesses to pay the full cost.

“I don’t believe our ratepayers should be subsidizing the service for this user group,” said Standish.

Coun. Corrie DiManno said she recognized the cost is quite a burden for Banff ratepayers as a whole, but said the three properties might find a 50-50 split fairer given the Town owns the line.

“I’m in favour of 50-50. As owners of the pipe, I think we’re financially obligated to help with it,” she said.

Recouping the debt through utility rates would be divided between fixed and variable consumption charges. The average consumption of water on the line is 115,000 cubic metres, with 80 per cent of the consumption coming from one property.

In 2017, the total sewer charges for the user group were $261,000. If the project costs $4 million and the debt was repaid over 30 years by consumption charges, it would equate to roughly $212,000 more a year on their sanitary sewer portion of the bill.

“This would weigh the cost of the infrastructure heavily to the highest consumer,” said Kelly Gibson, the Town of Banff’s corporate services director.

“This process would require a fee or surcharge in the sewer bylaw and would be the most transparent public process.”

The three properties have an avenue for an appeal to the Alberta Utilities Commission.