“At this stage of the investigation, there is no identified single event or cause for this increase in cases,” said Dr. Deena Hinshaw, Alberta's chief medical officer of health
Apr 7, 2021 5:00 PM By: Cathy Ellis 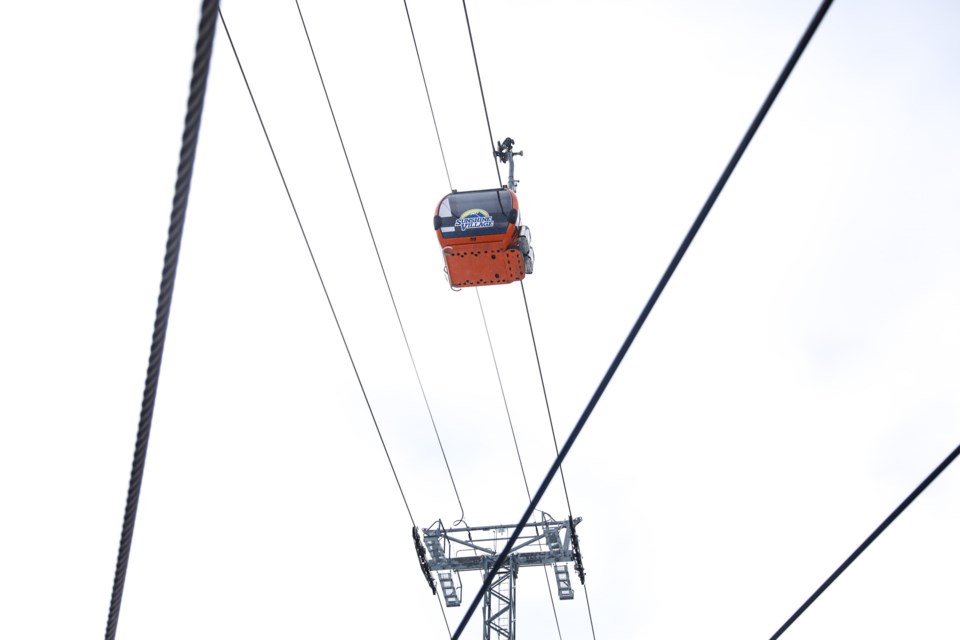 Dr. Deena Hinshaw, Alberta’s chief medical officer of health, said AHS is working closely with the operators of Lake Louise and Sunshine Village to conduct on-site and community testing of all employees and contractors.

“At this stage of the investigation, there is no identified single event or cause for this increase in cases,” she said during her COVID-19 update on Tuesday (April 6).

As of Tuesday, there were 64 active cases in the Banff-Lake Louise region and an additional 35 in neighbouring Canmore. Three variant cases have been identified in the region. There were no outbreak sites listed on AHS's website on Tuesday, however.

Hinshaw said her local colleagues in the Bow Valley are working hard to prevent further spread in the area.

“At this point in time, we are not recommending precautionary COVID testing for anyone who has visited or skied in the Banff-Canmore area recently,” she said.

“However, if you are symptomatic, as we always advise: stay home, isolate and arrange for testing.”

Banff’s Emergency Coordination Centre (ECC) has been advocating for increased distribution of vaccines in Banff as COVID-19 cases continue to climb from just six two weeks ago to 64 on Tuesday.

Officials say the ECC is working with local health officials to determine if further efforts are required in the region during the rapidly evolving situation. There was talk of setting up a Bow Valley-wide task force.

“The Town of Banff has offered facility space for mass vaccinations for residents in the region,” said Jason Darrah, the Town of Banff’s director of communications.

AHS officials confirmed they are in preliminary discussions with the municipality on potential site locations.

“This is still very much in the early stages,” said Kerry Williamson, a communications spokesperson of AHS.

“Currently, immunization appointments for eligible Albertans are available at the community health centre by booking online or calling 811.”

There is also a local pharmacy in Banff offering vaccinations.

With the rapid growth in cases in Banff National Park, isolation rooms for those needing to quarantine are near capacity.

By Monday (April 5), isolation rooms at the Banff YWCA were full and there were only three spaces remaining at the 20-room isolation facility run by the municipality at The Banff Centre.

However, Darrah said the number of rooms at The Banff Centre could be increased to 24 if needed.

“The four remaining rooms are smaller and weren’t set up initially,” he said.

“We have been told by the province that if requests for space exceeds our capacity, people would need to isolate at available isolation facilities in Calgary.”

Darrah said Banff’s ECC is very concerned about the rising cases in the region.

“Businesses in multiple locations and in different industries are reporting staff required to isolate or quarantine due to positive case diagnosis or being defined as close contacts,” he said.

Province-wide, there were 10,089 active COVID-19 cases as of April 6, with 328 people in hospital for treatment, including 76 patients admitted to intensive care units.

The active cases count has risen by 27 per cent over the last week, and as of Tuesday, variants of concern accounted for about 43 per cent of all active COVID cases in Alberta.

Dr. Hinshaw said variants are not only more contagious, but also, in the case of B117 from the United Kingdom, more likely to cause severe illness.

“This means that as cases rise an even higher percentage of younger cases are likely to need hospital care,” she said.

Premier Jason Kenney said these variants are a “real enemy of public health and of lives.”

“Variant cases went from about 100 a day only three weeks ago, to 676 today,” he said Tuesday as as announced resumption of some previous restrictions such as shutting down in-person dining at restaurants.

Based on current trends, Kenney said Alberta is on track to hit a weekly average of 2,000 daily COVID-19 cases and see up to 1,000 people in hospital by the end of this month.

“We believe that we could accommodate upwards of 2,300 or 2,400 COVID patients, but at a terrible cost, namely the cancelation of all non-urgent surgeries and many other medical procedures,” Kenney said.

“We believe we could accommodate a little over 600 in ICU units, but we believe that based on the current trajectory, if we don’t slow down this curve, that we are set to hit the maximum capacity of our system in mid May,” he added.

“These trends would challenge the health of thousands of Albertans and lead to many, many more preventable deaths.”

Since the pandemic began more than a year ago, 2,001 people have died from COVID in Alberta.