"An important part of being a responsible government is to admit when you've made a mistake and to fix it, and that's what we are doing," Savage said.
Feb 8, 2021 3:28 PM By: Jennifer Henderson, Local Journalism Initiative reporter 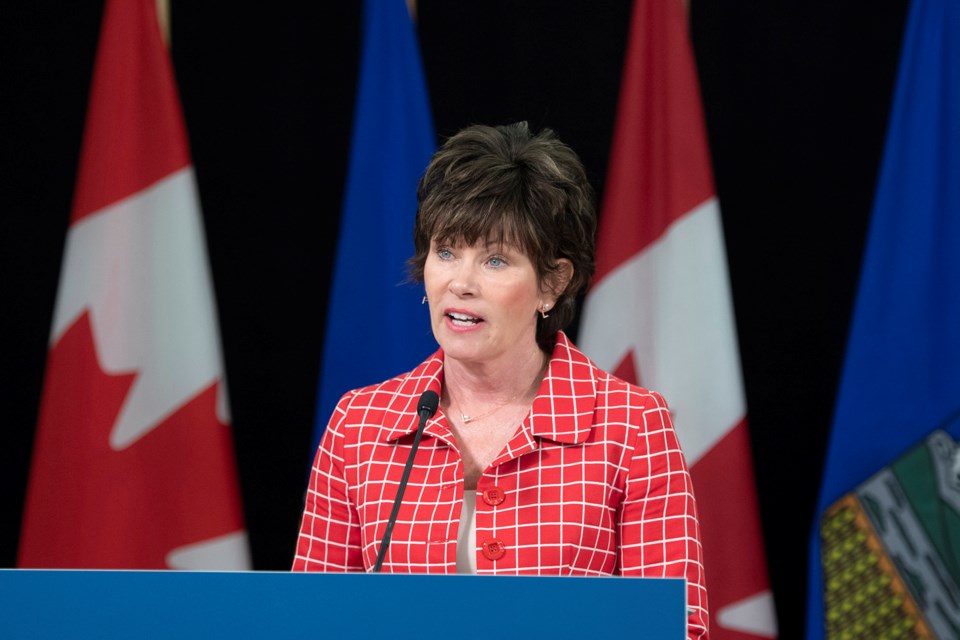 Minister of Energy Sonya Savage announced on Feb. 8 that the 1976 Coal Policy has been reinstated. Chris Schwarz/Government of Alberta

The Alberta government is reinstating a 1976 coal policy that protected parts of the Rocky Mountains from coal development, in the wake of province-wide opposition to the policy's cancellation.

On Monday, Alberta Energy Minister Sonya Savage said the province listened to the feedback from Albertans. There will be consultation before any additional changes are made.

"What we're doing today – keeping the 1976 coal policy in place and committing to consult on a modernized policy – is what we should have done in the beginning," Savage said in a press conference.

The decision comes after court challenges and outcry from the public, communities near the Rockies and celebrities like country singer Corb Lund, all of whom spoke out about the damage mining operations could do to the eastern side of the mountains.

Last June, the province issued a press release before the May long weekend rescinding the decades-old policy that was put in place by Peter Lougheed's government. That decision came with no consultation and, at the time, the government called it a "common sense" move. The biggest change this decision brought would have been to lands mostly to the east of the Rockies, in both the mountains and the foothills, where open pit mines had been restricted.

"An important part of being a responsible government is to admit when you've made a mistake and to fix it, and that's what we are doing," Savage said.

The government's announcement Monday includes reinstating four categories that dictate where and how coal leasing, exploration and development can occur.

Savage has issued an order to the Alberta Energy Regulator (AER) so no mountaintop removal will be permitted and all of the restrictions under the 1976 coal categories are to apply.

“Albertans have spoken loud and clear and we have heard them. Not only will we reinstate the full 1976 coal policy, we will implement further protections and consult with Albertans on a new, modern coal policy. Alberta’s government is absolutely committed to protecting the majestic Eastern Slopes and the surrounding natural environment," Savage stated in a media release after the press conference.