Although COVID-19 may have affected how students are attending school this fall, enrolment numbers remain mostly the same as an average year at Bow Valley College's Cochrane Campus.
Sep 6, 2020 10:00 AM By: Tyler Klinkhammer 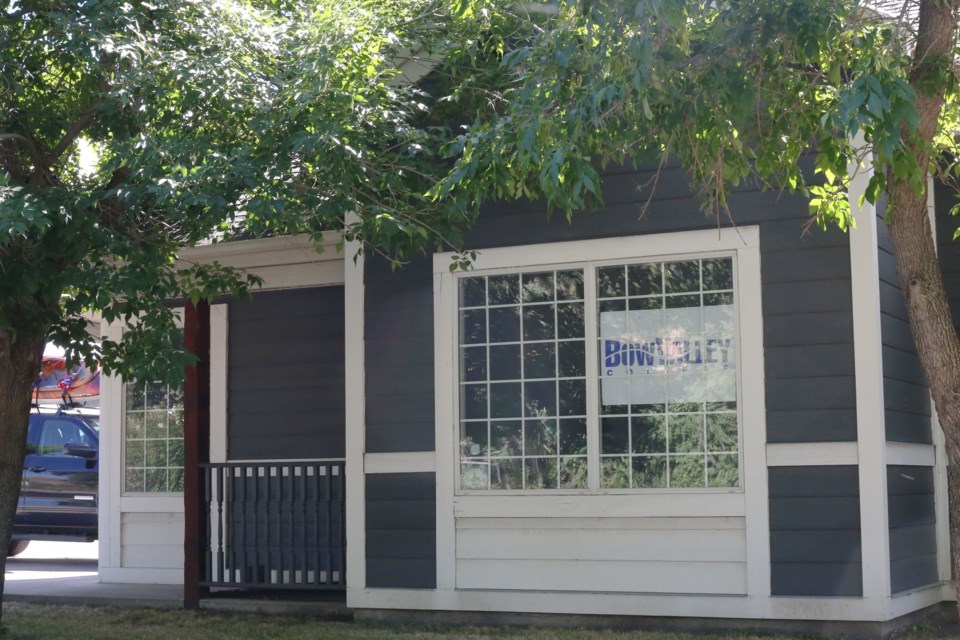 The Bow Valley College Cochrane Campus remains empty on the first day of classes this year, as students prepare for a semester of online learning. (Tyler Klinkhammer/The Cochrane Eagle)

COCHRANE – As students prepare for their first days back to school, post-secondary students across the province prepare to learn from their homes.

In response to COVID-19, the Bow Valley College Cochrane Campus has moved to online-only classes for the fall semester.

Brad Mauro, regional stewardship manager for the Foothills and Cochrane area for Bow Valley College, said that enrolment at the Cochrane Campus has not been affected.

“I’m going to say that the numbers are pretty good,” he said. “We have a couple of programs that are always very popular, the Practical Nurse program and the Early Childhood Education and Development programs, and enrolment is very solid.”

For the Nursing and Childhood Education and Development courses, Mauro said that the numbers are as strong as ever.

“The positive news is that we have full enrolment in those two programs,” he said. “We definitely have a small waitlist created as well.”

In March, the Bow Valley College Canmore Campus announced that it would be shutting down, citing decreasing enrolment for the decision.

At that time, the institution said that it would support current students until the end of their credit programs, and offer online learning to those who are interested.

“We still service the area, that’s the big thing,” Mauro said. “We might be closing the bricks and mortar, but we’re not closing our doors so they still have the opportunity to get that post-secondary education.”

Mauro noted that several students from Canmore have enrolled in programs at the Cochrane Campus.

Because in-person classes have been postponed at the Cochrane Campus, the students from Canmore should not be unduly affected by a commute currently, Mauro said, but, noted that he “can’t answer” whether or not the Canmore campus would reopen if in-person classes resume in the winter.

Despite the lack of students, Mauro said that the energy remained the same on Campus on Tuesday (Sept. 1).

“Today is the first day of classes and it’s always an energetic time of the year. Not having students on our campuses is different, but you can still feel the energy around because of the business.”

Despite the changes, he noted that Bow Valley College is comfortable for the time being but hope to see a return to regular classes for the winter semester.

“Overall things are positive. The enrolment is strong, which is great news. COVID is what it is and we’re working as best we can, offering our courses online,” he said. “We’re happy in this environment for the short term.”