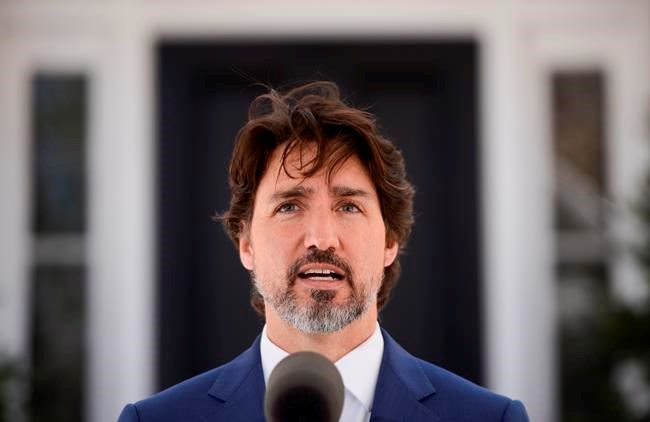 Prime Minister Justin Trudeau holds a press conference at Rideau Cottage during the COVID-19 pandemic in Ottawa on Thursday, May 7, 2020. THE CANADIAN PRESS/Sean Kilpatrick

OTTAWA — Prime Minister Justin Trudeau says the federal government, provinces and territories will spend $4 billion to increase the wages of essential workers in the COVID-19 pandemic.

He says the details are still to be finalized with some provinces.

But Trudeau says all the country's first ministers agree that front-line workers who are risking their health and make minimum wage deserve a raise.

It will be up to each province to decide which workers count as "essential" and will get a top-up.

Trudeau says Canadians are relying on these workers now, more than ever, and all provinces and territories worked collaboratively to come to an agreement on how to better support them.

The federal government will cover three-quarters of the cost of this program, with lower-tier governments kicking in the rest.

This report by The Canadian Press was first published March 7, 2020.