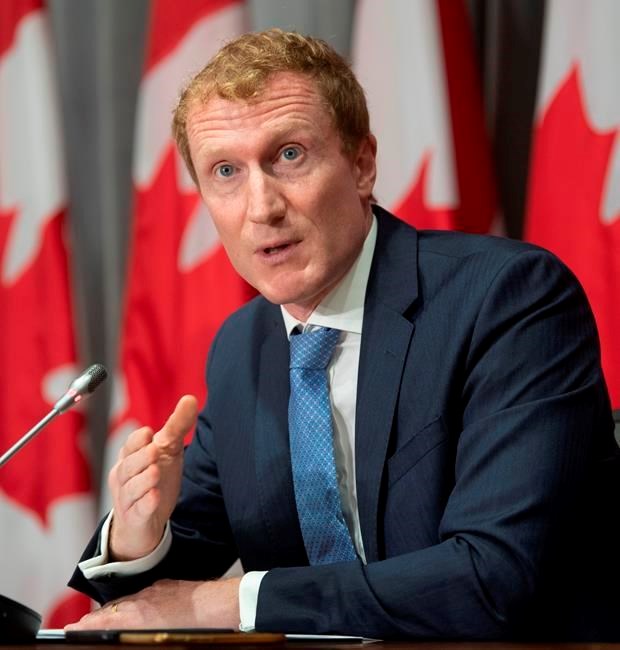 The Nishnawbe Aski Nation has accused the federal government of ignoring its urgent requests for supplies and funding needed for a safe back-to-school plan for its nearly 9,000 students in northern Ontario communities.

Miller said the federal government will not abandon its responsibilities to First Nations schools, including by offering help to acquire personal protective equipment and retrofit schools to improve safety.

"We will be there for First Nations schools as they reopen, and as they face the challenge that all of us are facing and the uncertainty and what is essentially risk management in opening up schools for their children," Miller said Tuesday.

He said he offered those same assurances when he spoke with Grand Chief Alvin Fiddler of the Nishnawbe Aski Nation on Friday.

Deputy Grand Chief Derek Fox said this weekend he believes his organization's calls for help have been rebuffed. He said the group had asked for $33 million to pay for personal protective equipment and sanitization supplies, but was told its plans are too "far-reaching."

It is the responsibility of the federal government to provide core funding to schools that operate on First Nations reserves. But Fox said that regular funding is not enough to cover the costs of delivering education during this pandemic and that Ottawa was asking the organization to look at other ways to pay for what is needed.

He warned this could mean delaying the start of the school year in its 49 member First Nation communities — many remote and without the reliable internet infrastructure needed for online learning.

Miller says all requests for funding must go to regional directors, a message he says he relayed to Fiddler.

But he also said he believes this is an issue that affects all Indigenous Peoples, including those whose children attend schools away from reserves, and mused that his department needs to have "policy flexibilities" to address this.

"As we know, in the more urban areas is where we have seen the larger spikes of COVID and children that are going off reserve to study in those areas are particularly vulnerable, and we're conscious of that as well and we will be there to help," Miller said.

"I know that we have the financial resources to dedicate to that specific need, which is of pressing concern for the month of September."

This report by The Canadian Press was first published Aug. 25, 2020.

— With files from Jake Kivanc in Toronto.