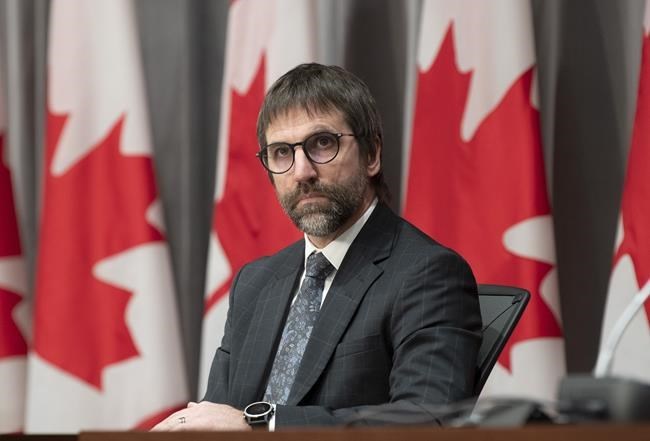 Canada's arts and culture organizations are getting a clearer picture of how the federal government plans to divide $500 million of COVID-19 support.

Heritage Minister Steven Guilbeault outlined details on Friday about the temporary relief plan he originally revealed in mid-April, designed to keep those operations afloat during the pandemic.

"Ultimately, the goal we're pursuing is to keep our arts, culture and sports infrastructure intact," Guilbeault said in an interview.

"And that once we emerge from the crisis, the ecosystem is still there to support our artists and our athletes."

Nearly $327 million will be handed out by the heritage department in the initial stages, while the remainder will be "assessed based on needs."

About $198 million of that initial funding will be used as "top-up" for arts and culture programs, such as the Canada Music Fund, the Canada Book Fund and the Canada Periodical Fund, which have already qualified for other forms of COVID-19 support.

There will be help for the television and film industry through the Canada Media Fund ($89 million) and Telefilm Canada ($27 million). Both Canadian content developers say they will make public how the emergency funding will be allocated and distributed within their organizations.

The Canada Council for the Arts will receive $55 million, while $53 million is earmarked for the heritage sector via the emergency component of the Museums Assistance Program.

The Digital Citizen Initiative, a government-led effort to counter online disinformation, will get $3.5 million, while amateur sports sectors will receive $72 million, which will cover national and provincial organizations, Canadian sport institutes and Indigenous sport groups.

The financial support is in addition to existing financial programs created to help people affected by COVID-19 shutdowns. The Canada Emergency Response Benefit offers payments of $2,000 per month for workers, including artists, actors and musicians.

Guilbeault emphasized that organizations will only qualify for support that isn't already covered by other funding sources, such as the emergency wage subsidy or commercial rent assistance for small businesses.

He pointed to a live theatre company which could use the funds to prepare for a new production that would launch once they've reopened.

"Obviously your doors are closed, but you're building new plays," he said.

"It's the same thing for music venues — you may not be able to showcase any music right now, but you're working on preparing new shows when confinement is lifted."

However, the financial measures won't cover all corners of the arts community.

Stand-up comedians, for example, are largely excluded from the latest support model, despite lobbying efforts by the Canadian Association of Stand-up Comedians to receive $1.5 million of funding from Heritage Canada.

"Comedy is one of Canada's greatest legacies," said Sandra Battaglini, president of the association.

"We keep having these conversations with them, but we are the sibling they don't talk about."