"(The bill) makes it more accessible for people with mental health disabilities to kill themselves as a form of treatment without making mental health supports free."
Feb 10, 2021 9:15 AM By: Canadian Press 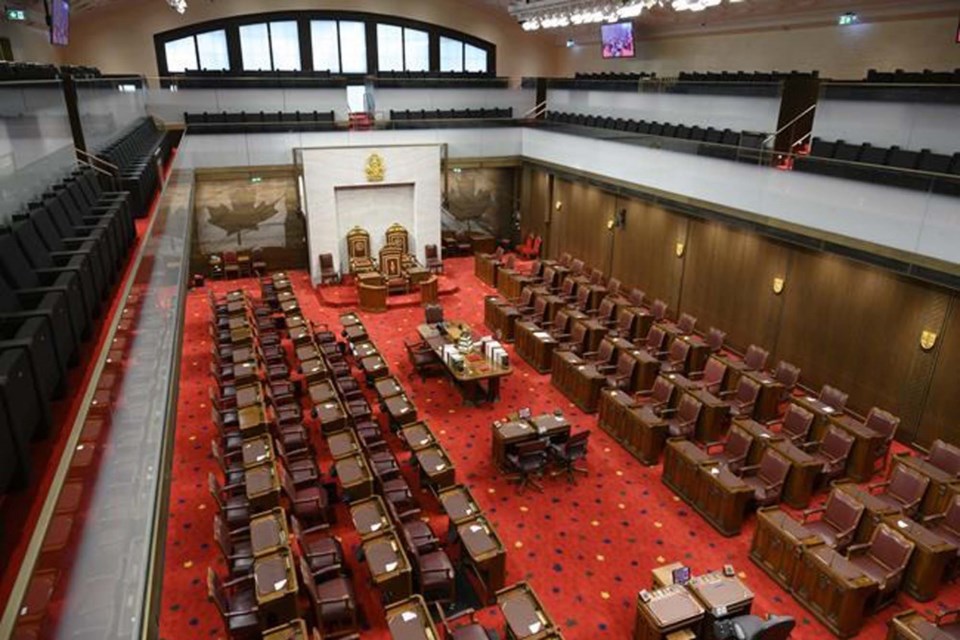 The Senate of Canada building and Senate Chamber are pictured in Ottawa on Feb. 18, 2019. CANADIAN PRESS/Sean Kilpatrick

OTTAWA — Those who support expanding access to medical assistance in dying are doing so because they have not grappled with the consequences of medical racism, a disability activist said Monday before senators began debating the proposed legislation.

"(The bill) makes it more accessible for people with mental health disabilities to kill themselves as a form of treatment without making mental health supports free."

The 26-year-old community organizer from Hamilton, Ont., who is Black and uses a wheelchair, says racialized and Indigenous people in Canada who have been killed by the police should have been given mental health and disability-related support.

She said they also deal with racism at hospitals when they seek medical assistance. Joyce Echaquan, a 37-year-old Atikamekw woman, died in a Joliette, Que. hospital last September after she filmed staff making derogatory comments about her.

Bill C-7 would eliminate the requirement that death be "reasonably foreseeable" to qualify for an assisted death, but it also sets up two eligibility tracks – relaxing some rules for those who are near death and imposing stricter conditions for those who are not.

Jama, who appeared before the Senate legal and constitutional affairs committee that was studying the bill last week, questioned how widely Justice Minister David Lametti and others have consulted when it came to how the bill would affect people with disabilities.

Jama said legislators are listening to assisted-death advocacy groups she describes as predominantly representing wealthier white people, who she argues are pushing for expanded access to the procedure because they are afraid to live with disability.

She said meanwhile, they have been neglecting the voices of people with disabilities who are living in poverty, such as those living in homeless encampments in Hamilton.

"A lot of the people he consulted were upper middle-class white people, doctors and lawyers, and that's not representative of the disability community," she said.

The bill before the Senate would also explicitly prohibit the procedure for people suffering solely from mental illnesses, which some senators and constitutional experts believe is a violation of the Charter of Rights and Freedoms.

Jama raised concerns about a possible Senate amendment that would put a "sunset clause" on the exclusion related to mental illness, arguing that this could lead to assisted death being seen as a form of treatment, without making other kinds of treatment free.

Krista Carr, the vice-president of Inclusion Canada, told the news conference Monday that the focus should be on suicide prevention.

"This bill has got to be stopped, or it will end the life of people," she said.

"It will end the life of … way too many people with disabilities who feel they have no other options."

If adopted, the bill will violate the right of persons with disabilities to live that's protected under the Universal Declaration of Human Rights, the letter said.

It would also "risk reinforcing (even unintentionally), ableist and ageist assumptions about the value or quality of life of persons with disabilities and older people with or without disabilities," the letter said.