CANMORE – The resurrection of Canmore’s destination marketing organization has been happening behind the scenes at Tourism Canmore Kananaskis (TCK) since the beginning of this year and officials hope to build on that by launching a community conversa
0
Sep 20, 2018 12:00 AM By: Tanya Foubert 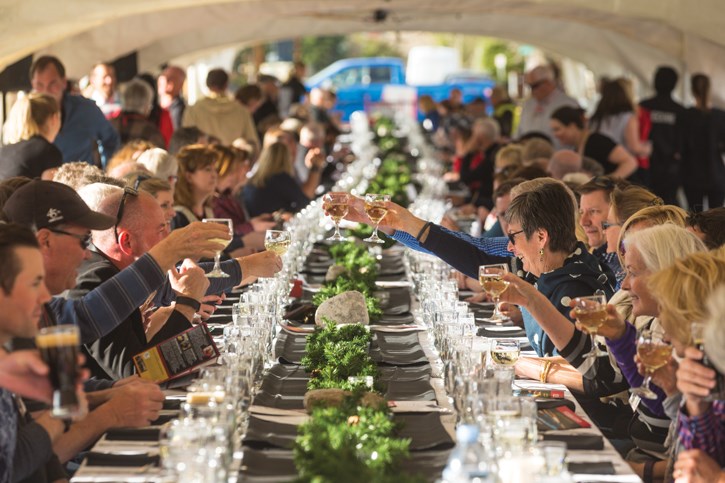 CANMORE – The resurrection of Canmore’s destination marketing organization has been happening behind the scenes at Tourism Canmore Kananaskis (TCK) since the beginning of this year and officials hope to build on that by launching a community conversation about the industry’s future soon.

TCK executive director Dave Rodney said he is excited to finally be able to engage the community on a strategic tourism plan in the coming weeks.

The conversation began at the organization’s June annual general meeting and community open house, where Rodney said he heard the community express a desire to be involved in the future of tourism in Canmore.

“It is an open invitation to everyone from all over Canmore and Kananaskis,” he said. “We will be conducting a very wide and deep consultation with industry and groups who are involved with any and every aspect of tourism in the entire region.”

The goal is to create a renewed vision and mission for the destination marketing organization, as well as a set of governance rules, goals and objectives. The expected tourism strategy for the community will have action items designed to ensure everyone is on the same page when it comes to what is a billion dollar industry in the Bow Valley.

“We want to get the best possible return on investment for everyone involved,” Rodney said.

In addition to launching consultation, he said the community can also expect a brand new website for TCK and the revived organization’s first full marketing campaign to launch in the fall.

“That includes restaurants, retail, adventure providers and, some would say, anybody with a business licence.”

The question of what the future of tourism in Canmore and Kananaskis is was a question put to stakeholders earlier this year after the newly revamped organization held its AGM.

Outgoing treasurer Beth Vandervoort told the board there were many questions around the financials of Canmore Business and Tourism (CBT), which dissolved in 2016 and was taken over by local hotels to form what is now TCK.

“I am happy to say, though, that we were able to find every piece of information the auditors required to do their work and there were many of them,” she said. “I was really pleased to be able to go through the records left behind and find all those pieces.”

Vandervoort said she is proud of the board of directors for keeping the tourism destination marketing organization going until a new funding model could be secured and all accounts payable have been met and TCK continues to hold the contract with Alberta Culture and Tourism to run the visitor information centre.

That funding, along with the final funding of a destination marketing fund established by a handful of local hotels, helped TCK survive 2017 with a part-time employee and a small shared office space downtown.

TCK has also produced a visitor information guide in 2018 and maintained its social media accounts and website.

The failure of the funding model for CBT was one of the reasons its board of directors chose to dissolve the organization two years ago. While some hotels contributed a three per cent surcharge on hotel rooms they are allowed to collect in Alberta others didn’t collect the tax. In other cases, those that collected the tax did not contribute it toward the collective efforts to support CBT.

Now, TCK has set up a trustee to manage those funds and Rodney confirmed this week that
15 local hotels are partners. The key to having a trustee, however, is to ensure that competitive information about any particular business is never shared with anybody else.

“The current board worked hard to keep this organization on life support and reimagine it and where it is going into the future,” said outgoing board chair Chris Kern. “We have the funding help from (the Province) and others to try and shape the future, but everybody here has put in a great deal of time and effort.”

The upcoming strategic planning could include changes to how the board is comprised to include other tourism sectors.

Banff Lake Louise Tourism, for example, includes representatives from a variety of sectors in the community including retail, restaurants and ski hills.