STONEY NAKODA – Less than a year after the Chiniki Cultural Centre and Stones Restaurant reopened it doors to the public, the landmark building on the Stoney Nakoda First Nation is once again closed.
0
Nov 1, 2018 12:00 AM By: Paul Clarke 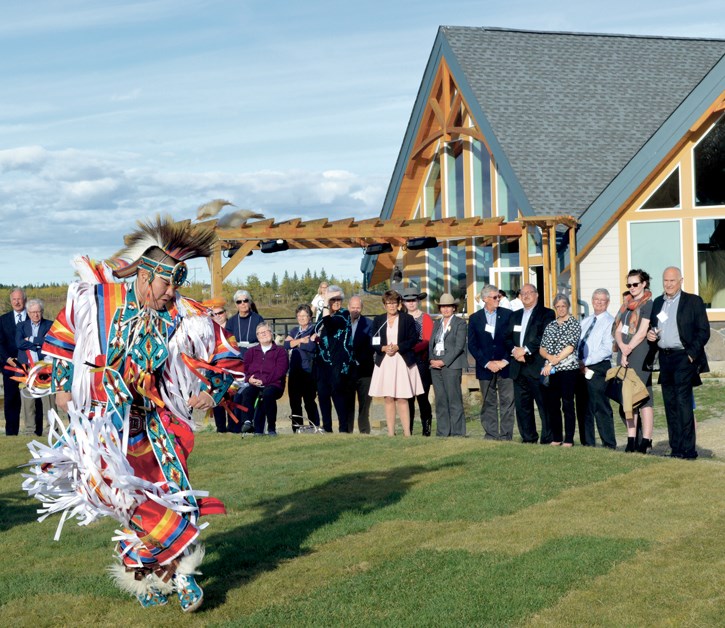 STONEY NAKODA – Less than a year after the Chiniki Cultural Centre and Stones Restaurant reopened it doors to the public, the landmark building on the Stoney Nakoda First Nation is once again closed.

A note on the front door states the Stones Restaurant closed on July 31 for “renovations and remodelling.” It’s unclear when it will reopen and the website no longer exists.

Chiniki councillor Jodie Mark said there were many problems with the building, which was rebuilt after a devastating fire in 2012 caused $1.1 million in damages.

“There’s been many problems right from day one, so we have to take care of that,” said Mark, explaining the restaurant owner let their lease expire.

He declined to go into detail about what the problems were, however he said there were issues with the building’s fire sprinklers.

“Hopefully it’s not a big issue, that’s what were waiting for. We want to know what the exact problem is.”

In November 2012, Cochrane RCMP arrested four people in connection with the fire. Noelan Twoyoungmen of the Stoney Nakoda First Nation pleaded guilty to one count of arson and received a two-year federal prison sentence in 2014. Three teenagers were also charged in relation to the fire.

In 2015, a new 6,000-square-foot building was rebuilt, including the Chief Chiniki restaurant, however in early 2017 it abruptly closed before reopening several months later as the Chiniki Cultural Centre and Stones Restaurant.

According to local media reports construction of the building cost $5 million, with insurance covering $1.8 million. The band invested the balance of the cost.

Prior to the fire, the restaurant was a popular destination for local residents living on the reserve, as well as travellers along the Trans-Canada Highway.

When the building reopened in 2015, it was hailed as a milestone for the community and an opportunity for the public to learn about the local Indigenous culture, history and cuisine.

It was also seen as a way to create meaningful employment for First Nation members.

While the top floor of the building is closed, the gas station and convenience store are still open for business.