CANMORE – Skiing in the backcountry is an inherently risky activity, particularly when the snowpack is unstable.
0
Apr 11, 2019 12:00 AM By: Paul Clarke 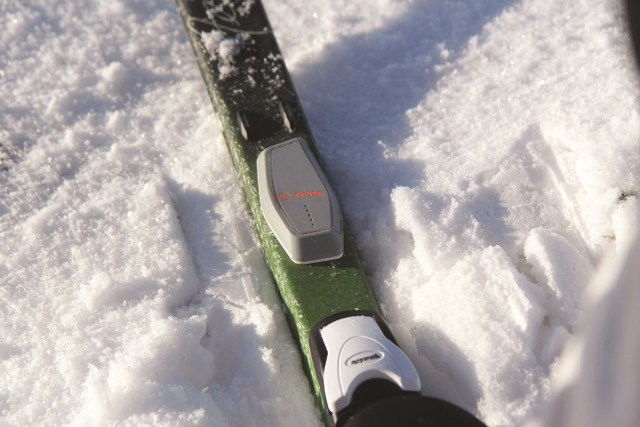 A Norwegian start-up company is testing a device that uses radar technology to evaluate the layers of snow directly under a skier to give them real-time information about the snowpack. The device is called a Sknow.

CANMORE – Skiing in the backcountry is an inherently risky activity, particularly when the snowpack is unstable.

To help reduce that risk a Norwegian start-up company is developing a device capable of detecting weak snow layers that might trigger an avalanche.

The device is called a Sknow and uses radar technology to evaluate the layers of snow directly under a ski giving skiers’ access to real-time information every step of the way.

“What we have created is a hardware device that attaches to your ski right in front of your binding and what it does is it uses radar to send signals down into the snowpack that will let you know what the layer structure is directly under your ski,” said Deborah Karlsen, co-founder of Think Outside.

She said the aim of the device isn’t intended to replace basic avalanche skills, but is instead designed to be an additional tool skiers can use to make informed decisions.

“We are empowering you to make a decision, we’re not making a decision for you,” said Karlsen. “You as a skier still need to read the terrain traps, you still need to look at the conditions, what we’re trying to give you is eyes into the snow.”

She said market research has shown very few people ever dig a snow pit and this device will essentially allow skiers to dig a “digital snow pit” so they can avoid areas that might be prone to an avalanche.

She said they are still testing the best method to relay the information to the skier, however it will likely included a combination of lights and an e-ink display, similar to what electronic readers use.

“We want you as a skier to be able to get the most relevant and critical information directly from the device itself,” said Karlsen.“If you want more info you can pull out your phone, but we all know it’s freezing out there and you don’t always have a Wi-Fi signal so it has to be independent from the phone, even though we want you to be able to pull out your phone to actually see what the layer composition is.”

She said one of the best parts of the device is that all of the data collected from each device will be shared online for others to see so they can evaluate the snow pack before they head out the door.

She said the prototype they are testing currently weighs 100-grams and the battery can last up to 10 hours at -20 Celsius.

“We’re also trying to do smart programming where we turn off components on the electronics that aren’t being used so you can get a lot more time out of the battery,” said Karlsen, adding her team is made up of former oil and gas industry experts.

“Basically what we’re doing is transferring technology and know how from the oil and gas sector, which is years ahead because there’s tons of money in oil and gas, and we’re trying to transfer that into something we’re all passionate about, which is snow and skiing.”

Karlsen said they haven’t decide how much the product will cost, but hope to have it in experts’ hands by the beginning of next season before making it available to the general public.

Visit www.sknow.ski for more information about the product.