CANMORE – Anyone who has been to Canmore knows Rave Coffee has some of the best coffee around and now it has the accolades to back it up.
0
Oct 11, 2018 12:00 AM By: Paul Clarke 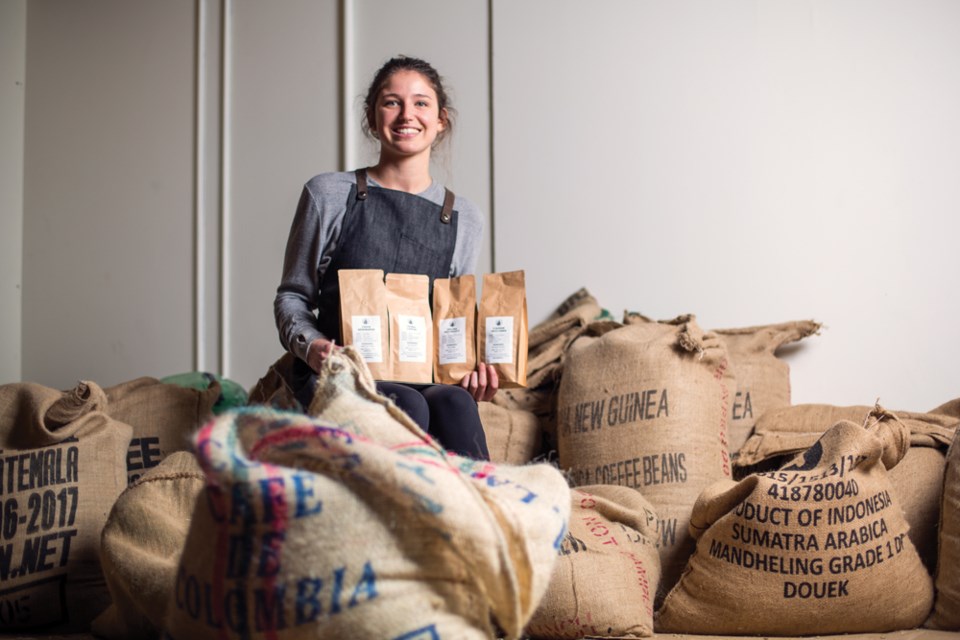 Sara Brunen, roaster for Rave Coffee, holds up four of their award winning blends in their roasting room in Canmore on Tuesday (Oct. 9). Rave won the awards at the Bolden Bean North America coffee roasting competition in Portland earlier this year.

CANMORE – Anyone who has been to Canmore knows Rave Coffee has some of the best coffee around and now it has the accolades to back it up.

The company faced steep competition from more than 150 roasters using more than 900 coffees from around the world, but in the end, the company won three bronze and one silver.

“It was our first year entering the competition so we’re kind of excited to come away with the results we did.”

He said it’s a huge accomplishment to win the awards because it gives his company an international spotlight.

“In Canmore we’re pretty well recognized, but to go onto a North America stage amongst a group of roasters who don’t know who we are and to come out and be recognized for what we’re doing here is huge, it puts us on the map.”

The company won in the following categories:

Smolicz credits his success to his company’s persistence to only source the best quality beans from around the world.

“We’re looking for that top one per cent of coffees from around the world, so we’re competing with all the other specialty roasters to find those premium coffees,” said Smolicz.

All of the coffee the company uses goes through an independent screening process to ensure the coffee is not only grown with the environment in mind but it is also socially responsible. His company also pays two or three times the going rate for coffee on the international market to reward the farmers that grow the beans.