CANMORE – For a company that’s all about simple, natural ingredients, what could be more natural than a simple expansion eastward into Canada’s largest city? OK, the move is way beyond a simple one for Rocky Mountain Soap Co.
0
Aug 9, 2018 9:30 AM By: Dave Whitfield 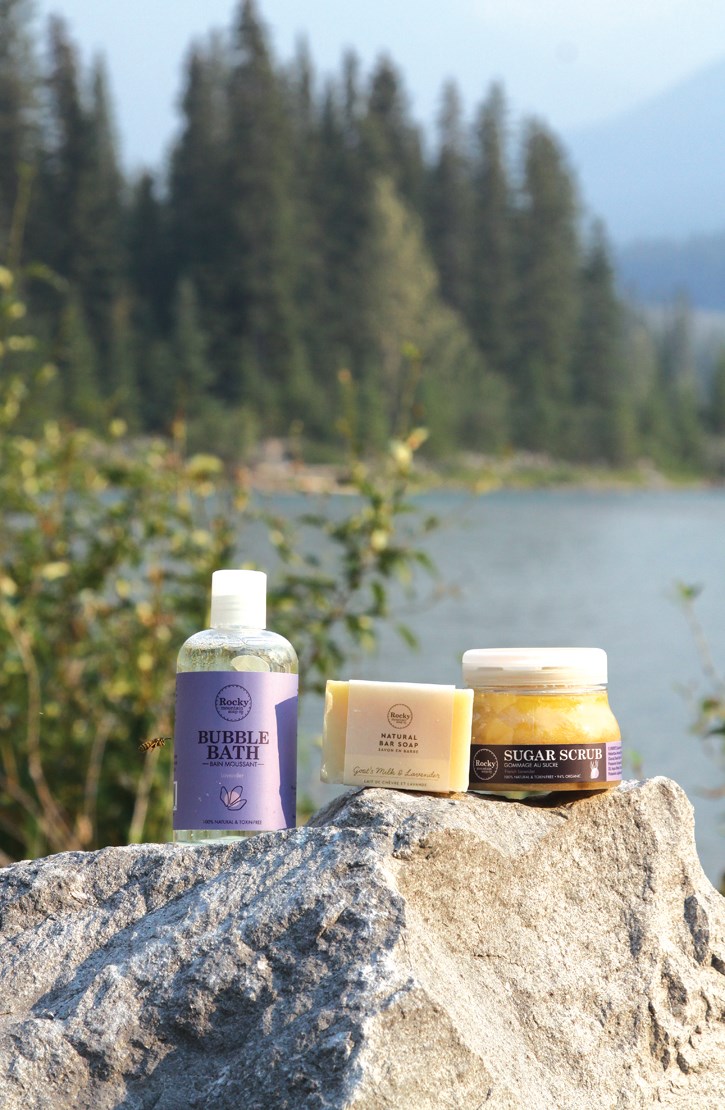 CANMORE – For a company that’s all about simple, natural ingredients, what could be more natural than a simple expansion eastward into Canada’s largest city?

OK, the move is way beyond a simple one for Rocky Mountain Soap Co., but the move is the culmination of years of thought and planning.

Today, Rocky Mountain Soap, which has outlets in Banff and Canmore, as well as two in Vancouver, four in Calgary, two in Edmonton and one in what was its easternmost location, Winnipeg – can also call Toronto home as the company has opened pop-up stores in the Toronto Eaton Centre, Yorkdale Shopping Centre and the Richmond-Adelaide Centre. A Red Deer operation is also opening soon.

“Toronto Eaton Centre and Yorkdale are the busiest malls in Canada,” said Cam Baty, co-owner with Karina Birch. “They’re full retail stores, but they’re temp leases. For Richmond-Adelaide, we’re there for 18 months, then we can stay if we want to.

“And Toronto Eaton Centre and Yorkdale are six-month trials. They’re super hard to get into, so we’re basically taking an empty spot in the mall and using it temporarily until they lease it to somebody full time.

“It allows us to test it and see how the market receives us and prove ourselves to the mall so they can hopefully give us a long term spot.”

The malls, said Baty, are the highest sales per square foot malls in Canada, which is a draw all on its own for a product like Rocky Mountain Soap, which already has its share of Ontario purchasers due to online sales. There is plenty of foot traffic and high-end consumers abound.

Yorkdale is a high end mall, while the Toronto Eaton Centre (TEC) would be similar to Chinook Mall in Calgary as far as consumers goes. About 54 million people go through TEC, said Baty.

Typical of mall outlets, the three Toronto stores will be open seven days a week and local staff have been hired to man the new ventures. The stores are about 800 square feet (similar to Canmore), with six to 10 staff.

The Eaton Centre store opened about a month ago, with Richmond-Adelaide opening a couple of weeks ago and Yorkdale last week.

Rocky Mountain Soap Co. now has 15 outlets, with production remaining in Canmore, as it has been since the beginning in January, 2000.

The new stores are of a modular, newly evolved design, which is popular, with lots of reclaimed wood. “It’s fairly different from the Canmore design, more like our Chinook design,” said Baty.

“They’re very environmental and we can take all the modular units with us if we moved to another spot or another mall or province. It looks built-in, but they’re modular and it allows us to move them. There’s essentially nothing you look at that we can’t take.”

Product-wise, the new Toronto stores will be stocked with the same products that make Rocky Mountain Soap Co. popular. Sampler size products, though, will be especially important, said Baty, to get the products to as many Toronto shoppers as possible. “Once people try the product, they tend to like it.”

Ontario is the company’s second biggest market online, so Soap Co. products have proven to be popular. In particular, many online purchasers are located in the areas near the new stores.

“It’s a big, big move for us,” said Baty. “Really, we’re an Alberta company, but this kind of turns us into a national player. So we have to be successful out there and it’s looking good so far. Once we get permanent leases, we can add more leases and then have others in the country – that’s the plan, anyway.”

Further moves, into Ottawa, for example, are being pondered.

“We’ve been looking at Toronto for years, but finally felt we were ready for it. We have enough success in Alberta and financial stability enough to make the move. It’s a risk, but we’ve built the systems and the product line and our operation’s big enough to pull it off now.”

Along with the new stores, production in Canmore has been ramped up due to increased commercial space in the building Soap Co. owns in Bow Meadows.

“We can probably get up to 20 stores with the additions we’ve made here in Canmore,” said Baty. “We’re good for a portion of time here until we need to expand.”

When Baty and Birch purchased the company in 2000, they hoped for growth. “We never thought we’d get this big. But we keep expanding our product line and we’ve gone natural over the years and our push is to have 10 ingredients or less in everything we do (opposed to an average of 17 previously).

“We’re launching our 10 ingredient body lotion right away and we did our hand lotion a couple of months ago and people are loving that. We’ve evolved our labels and it’s all coming together.

“There are no overnight home runs, though.”