“The future for Athabasca rainbow trout and bull trout is uncertain unless we enact strong measures to protect the habitats on which they depend."
0
Oct 9, 2019 7:28 AM By: Cathy Ellis 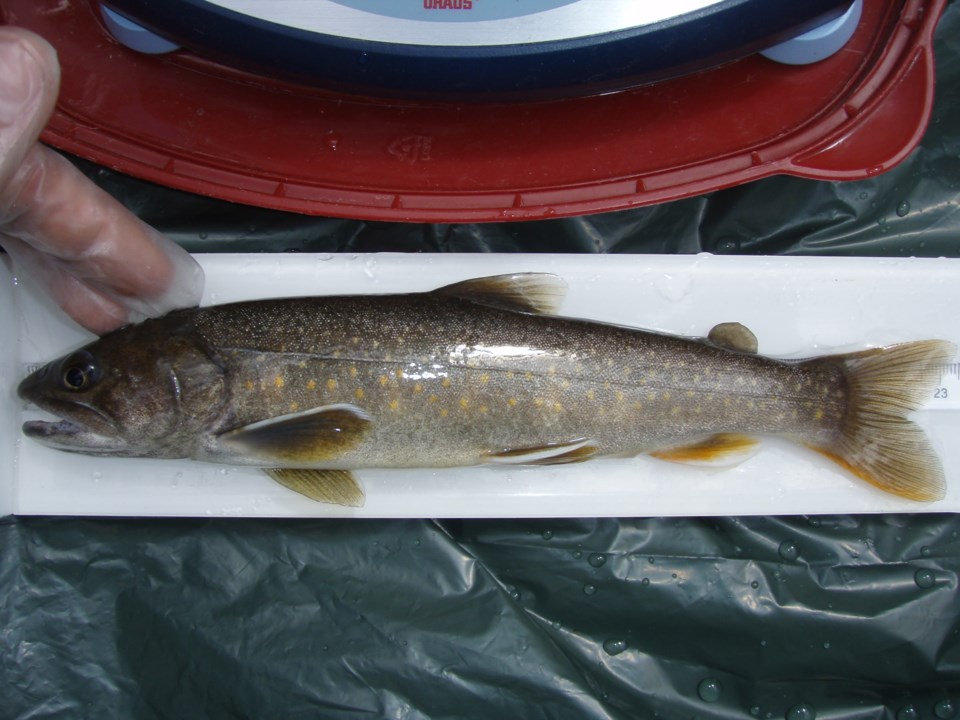 Bull trout were listed as threatened and Athabasca rainbow trout as endangered under the federal Species At Risk Act (SARA) in August this year.

But John R. Post, who is chair of the freshwater fishes committee for the Committee on the Status of Endangered Wildlife in Canada (COSEWIC), said placing these fish on a species-at-risk list is not enough.

“The future for Athabasca rainbow trout and bull trout is uncertain unless we enact strong measures to protect the habitats on which they depend,” he said.

Research suggests key threats to future survival of these fish species include logging, roads, competition with non-native species and off-highway vehicle use.

“Habitat degradation is the main cause of the decline,” said Joanna Skrajny, a conservation specialist with Alberta Wilderness Association (AWA).
“If you throw climate change modelling into the mix, it really just goes to show we have to recover them now so they have a better chance later.”

Skrajny said SARA states that species should be listed within nine months of being assessed by COSEWIC, noting the delay has put bull trout and Athabasca rainbow trout even more at risk.

Given the delay, she said AWA wants to see money set aside to write recovery strategies and legally protect habitat as a top priority.

“We want to make sure the governments make up for lost time with the delay they took to list the species because the whole time they’ve continued to decline,” she said. “We really need core habitat that’s very pristine in order for them to recover.”

Skrajny said Parks Canada has put a lot of effort into native trout protection and recovery in Banff National Park.

“They have been really leading the way in terms of providing some secure areas, both for bull trout and for westslopes,” she said. “National parks have the responsibility to be the stronghold … there’s an importance of them as a refugia.”

In Alberta, bull trout are found in cold, pristine waters across the east slopes of the Rockies and foothills.

The Athabasca rainbow trout are found throughout the headwaters of the Athabasca River system and its major tributaries in western Alberta.

Spokespeople for Parks Canada and Fisheries and Oceans Canada were unavailable for comment.

A government of Alberta spokesperson said the province previously identified both bull trout and Athabasca rainbow trout as species at risk and has initiated recovery planning and implementation programs.

“Alberta has created a Native Trout Recovery Initiative to implement actions to support the recovery of these species by focusing on priority locations and working with partners, regulators, and industry,” said John Muir, director of communications for Alberta Environment and Parks in an email.