A survey by Alberta Parks has shown very few hikers carried bear spray on Canmore's Grassi Lakes Trail this summer despite ongoing warnings and sightings of bears in the area
Nov 9, 2019 2:00 PM By: Cathy Ellis 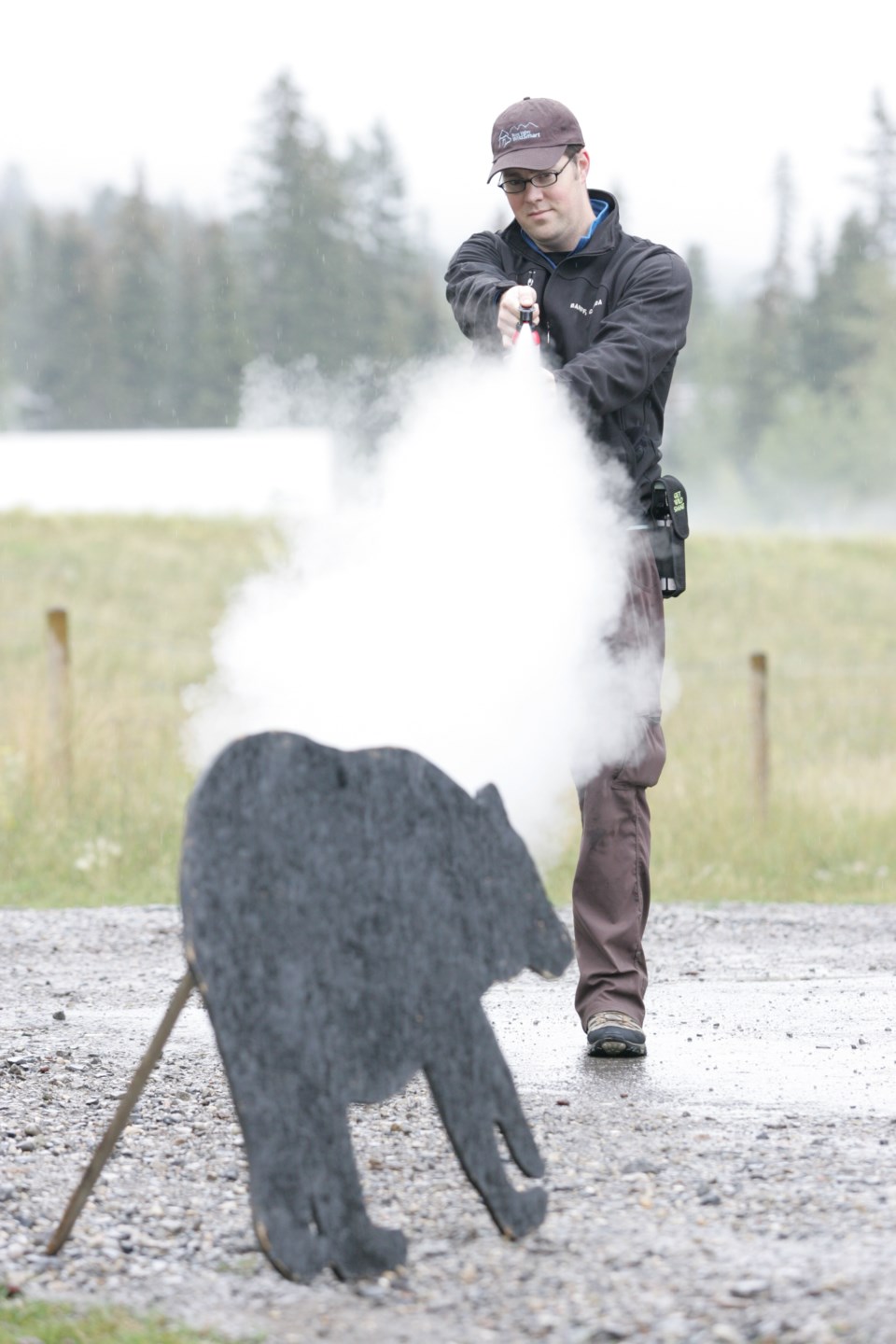 The province surveyed 489 people at several trailheads and found that 50 per cent carried bear spray and the rest didn’t. Most people who didn’t have bear spray were from other provinces, or from outside Canada.

Wildlife officials say they are disappointed with the results, particularly given that bear spray has been known to save lives, or prevent serious injuries in bear attacks.

“I think compliance is still low,” said Jay Honeyman, human-wildlife conflict specialist with Alberta Environment and Parks. “We had three incidents this summer where people used bear spray and it probably helped diffuse the situations.”

In the most recent incident, a woman was bitten on the calf by a mamma bear defending her cubs on the Horseshoe trail system on the front slopes of Grotto Mountain in Bow Valley Wildland Provincial Park on Oct. 10.

One of the dogs was off-leash, but was followed back to its owner by a bear protecting her cubs. The hiker sprayed the bear and the bruin took off with her cubs. The woman hiked out to seek medical attention.

On Oct. 2, a local woman walking her dog on-leash used bear spray to scare away a cougar. Bree Campbell was hiking to the parking lot from Ha-Ling Peak Trail with her dog when a cougar snuck up behind her.

Earlier this summer, Olympic biathlete Emma Lunder believes deploying bear spray saved her life or prevented serious injury when a mamma grizzly defending her two cubs charged towards her from 50 metres away.

“I guess I thought it might be a little higher,” he said.

The survey also showed that 35 of 234 groups had a person in the group carrying spray, with bigger groups of two to 10 people, for example, having one can per group.

“The takeaway here is this ongoing discussion; is one can in a group OK, or is it better for everyone to have a can?” Honeyman said. “I think that everyone should. You never know what can happen.”

The survey showed that most people, in the range of 80 to 90 per cent, were more likely to carry bear spray on backcountry trails in Kananaskis such as Elbow Lake and Highwood Pass. Trails closer to Canmore, including the Legacy Trail and Grassi Lakes, saw less compliance.

Honeyman said he was surprised by how few people carried bear spray on Grassi Lakes trail, noting the area has had a bear warning posted for much of the summers of 2018 and 2019.

“There’s been bears there almost daily and we have a warning sign posted, but the compliance at Grassi isn’t very good,” he said.

“Of all the trails on the list, Grassi probably sees the majority of bear sightings through the summer season and it’s one of the busiest trails in the valley.”

Honeyman suspects a lot of people show up at the trailhead without bear spray, and even though they see the bear warning, decide to go anyway rather than changing their hiking plans last minute.

“Maybe we need to be looking at different platforms to get the information out so people are aware of it before they get to the trailhead,” he said.

Honeyman said that 41 per cent of people were carrying bear spray on a belt while 42 per cent had the spray on the pack.

He said eight per cent of people had it inside the pack. “That doesn’t work,” he said.

It might be time to review some of the methods of communication and education, Honeyman said.

“I guess it all begs the question, ‘do we need to step back and maybe have a look at what we’re doing’?”

Alberta Parks expands closure area for grizzly that 'made contact' with hiker near Canmore
Oct 12, 2019 8:02 AM