Community members told council in December they would like to see the Land Use Bylaw receive a comprehensive review when it comes to riparian setbacks and energy efficiency.
Jan 22, 2021 12:00 PM By: Tanya Foubert 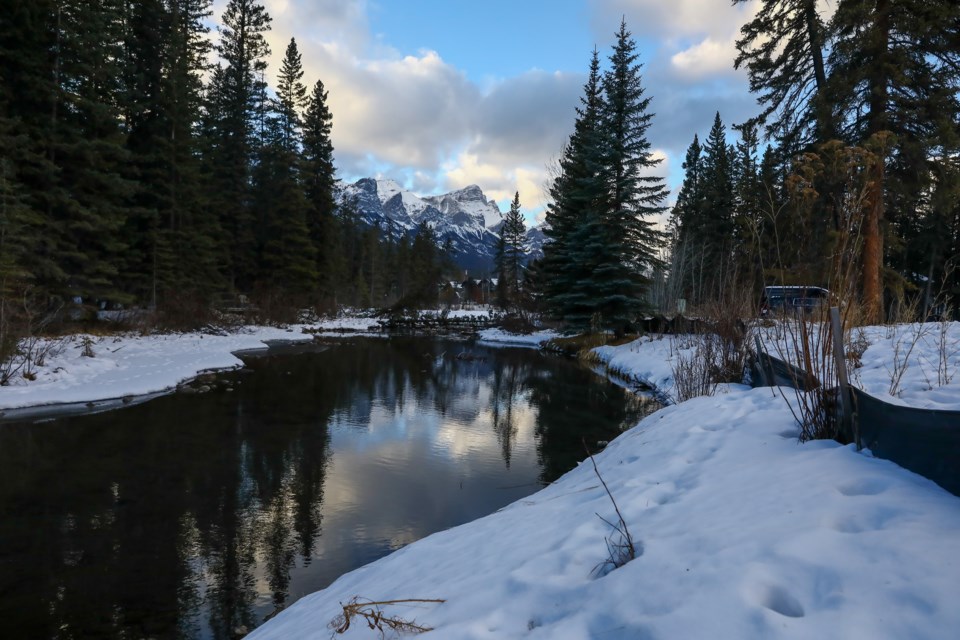 CANMORE – A grassroots community organization is calling on elected officials and the municipality to look at strengthening protections along waterways in Canmore and incorporating energy efficiency into the Land Use Bylaw.

Several members from the Bow Valley Climate Action (BVCA) group asked council to consider a comprehensive review of the Land Use Bylaw (LUB) during a public hearing in December on an omnibus amendment bylaw.

Rick Daniel with BVCA  asked council to consider updating the bylaw with energy efficiency in mind, saying some clauses in the bylaw may discourage highly efficient building design.

"Canmore's climate action plan, which you passed unanimously two years ago, made it quite clear we cannot meet our targets on greenhouse gas emissions unless we address the energy efficiency of our homes and businesses," Daniel said.

"The Land Use Bylaw is one of a number of tools, but probably one of the most important ones, the Town has at its disposal to increase the energy efficiency of buildings."

Daniel said this type of comprehensive review of the bylaw would require significant time and effort on the part of the planning staff, and council direction, to become a priority.

"Our organization stands ready to work with Town staff and other interested parties on such a review, but we really think it is time now to get on with that effort," he said.

Jeff Roberts also called on council to take the time and effort to create clarity in the bylaw when it comes to energy efficiency.

Roberts said the easiest way to move the dial on greenhouse gas emissions locally is through building standards in the bylaw. He also applauded the municipality for having a full-time climate change specialist that has calculated emissions and provided benchmarks.

"Improvement in this metric will not occur without changes to the Land Use Bylaw, either through encouraging better building practices, or through options that may be presented in the bylaw for development to undertake," Roberts said, adding that could include encouraging electric vehicle charging stations in parking areas and promoting the use of geothermal technology, as examples.

"I do not think we have gone far enough."

In addition to a written submissions for council's consideration, Tracey Henderson called on elected officials to consider amendments that would provide certainty for the community around setbacks to water bodies.

She questioned the various reasons for landowners to ask for variances to established setbacks and said landscaping does not provide the same forage and space for wildlife that natural areas do.

"Landowners purchase properties with the full knowledge of the need for setbacks on the property and I do not think the Town should provide wiggle room to potentially harm these areas," Henderson said. "Clear and strong guidance is needed."

Variances to riparian setbacks can be requested when development permits are applied for, and decisions regarding those variance requests can be appealed. The issue becomes more complicated by the fact that the setback is calculated from the bank, which can erode and change over time.

Council also found itself asked recently to create a direct control district for several properties along Van Horne when it became clear that setbacks from the Bow River for two undeveloped lots would be different from those used when development was approved on neighbouring parcels.

Spring Creek Mountain Village developer Frank Kernick has also signaled he will be applying for changes to his area redevelopment plan and the LUB to change the setback to Policeman's Creek. The bylaw currently has the setback at 20 metres, but includes language to allow a five metre variance.

Anticipated amendments will propose to make the setback 15 metres for a section of the creek through the subdivision adjacent to a parcel proposed for a hotel development.

Manager of planning and development Lauren Miller said her department is aware of the need to evaluate setbacks to water bodies in the municipality's legislation, but that it is a large and complex project to undertake.

"That is a larger piece of work and it is work we will try to pursue in 2021," Miller said.

She told council that a review of the regulations found that there are 313 titled properties in Canmore that would be affected by a change to the established setbacks.

"We see it as a significant piece of work that requires engagement with all property owners," Miller said.

Council passed second and third reading of the omnibus bylaw to amend the LUB at its regular business meeting at the beginning of January.

Development planner Marcus Henry said the changes proposed in the omnibus amendment were meant to address problem areas encountered by administration since changes to the LUB were adopted earlier in 2020.

"Through working with applications, it has allowed us to identify unique and challenging situations not envisioned at the time [of approval]," Henry said. "The changes are vastly administrative in nature; not the addition of new regulations, but providing more clarity for existing ones."