"In the last year or so, we have been examining our regional operations, not just in Canmore, but all communities we have a presence in and really looking at models that allow us to serve our mandate, which is to provide educational opportunities across our service region, but at the same time in a sustainable way."
Jun 4, 2020 8:41 AM By: Tanya Foubert 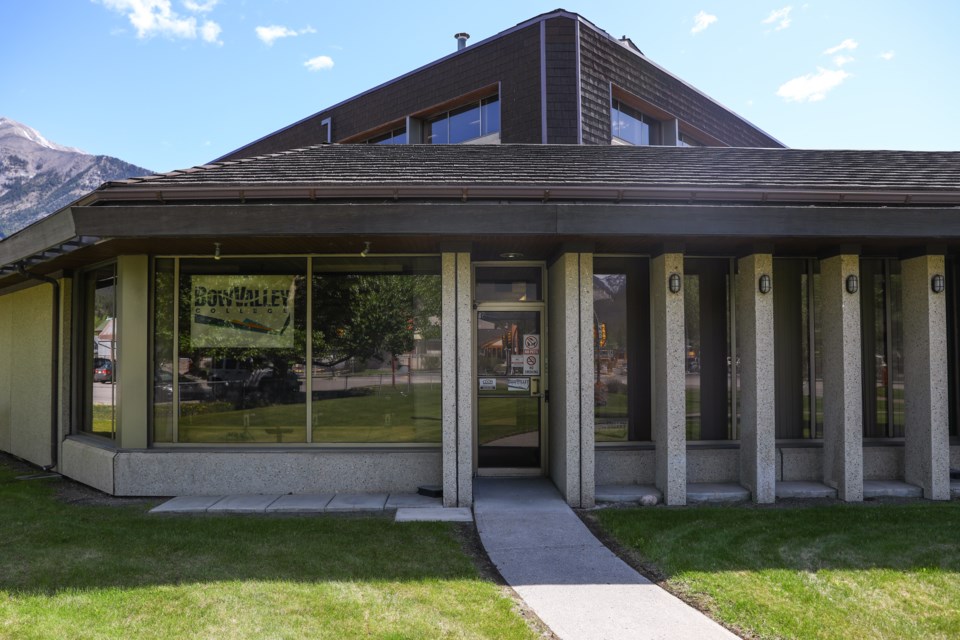 Dean of regional stewardship Leah Wack said the closure resulted from decreasing enrolments at the local campus and reduced funding for the post-secondary institution from the provincial government.

"In recent years, it has been a struggle to really find programming that meets the needs of the community ... we were finding that we were not getting large enough enrolments to be able to offer sustainable programming," Wack said.

"In the last year or so, we have been examining our regional operations, not just in Canmore, but all communities we have a presence in and really looking at models that allow us to serve our mandate, which is to provide educational opportunities across our service region, but at the same time in a sustainable way."

Wack said when budgets became "more challenged than usual" earlier this year, Bow Valley College had to examine its programming and particularly those that no longer met its mandate.

In Budget 2020, the UCP government put forward phase one of a new post-secondary funding model based on performance results. The first year would see post-secondary funding tied to performance for 15 per cent of their operating funding, with that percentage increasing to 40 per cent by 2022-23. On Wednesday (June 3), the government announced it would postpone those changes for a year.

But the government also reduced spending on post-secondary by six per cent from 2019-20 levels. This year, Alberta will spend $5.1 billion on post-secondary, down from $5.5 billion the year before.

The budget set forward the expectation that Alberta's 26 colleges and universities would increase their revenues to represent 48 per cent of operational expenses. In 2019-20, that split saw post-secondary institutions cover 43 per cent with the province picking up the remainder.

The provincial government commissioned McKinnon Panel report identified post-secondary as an area to find savings in the budget. It reported Alberta spends $36,500 per student on post-secondary education, which is more than B.C. ($31,300), Ontario ($21,500) and Quebec ($25,800).

“This is a new and completely transformative funding model for our universities, colleges and polytechnics," said Minister of Advanced Education Demetrios Nicolaides in January.

"Our new approach will help ensure students are set up for success by encouraging institutions to produce job-ready graduates. Students make a significant investment in their post-secondary education, and it is essential we do everything possible to give them a rewarding career at the end of their studies. By shifting the focus to performance, we will ensure taxpayer dollars are being used in the most responsible way possible.”

NDP advanced education opposition critic David Eggen estimates 3,600 positions at post-secondary universities have been eliminated, including 25 at Bow Valley College, as a result of budget cuts. He said it is adding up to become a crisis for the sector.

"It is a really bad time to make cuts," Eggen said. "People are depending on post-secondary as an engine to help diversify the economy. We have unprecedented unemployment right now and people may be looking to make a wise choice to be re-educated or retrained somehow.

"To go after advanced education like the UCP has been doing is very reductive, narrow-minded and short-sighted."

He pointed to the province of Ontario, which announced last week it would be pausing its decision to move post-secondary institutions to a performance based funding model. With performance indicators linked to labour market and economic outcomes, critics of the model say the economic disruption of COVID-19 has demonstrated universities and colleges should not be judged against outcomes they have no control over.

"I hope [the UCP] comes to their senses, because we could see programs shutting down, campuses shut down and a dramatic decrease in enrolment in the province," Eggen said.

While this year's funding changes were a factor to BVC's decision, Wack said, the low enrolment numbers at the Canmore campus were already on the college's radar.

The early childhood education program, for example, has an limit of 10 and the last cohort in Canmore saw four students. A practical nursing certificate program at the campus never attracted more than four to five students, but had a capacity of 16.

While Bow Valley College has operated in Canmore for more than 25 years, Wack said it is unusual to have a bricks and mortar facility of its size in a smaller community.

"It is just not enough to sustain the program," Wack said. "We feel we can support learning ... in the community in different ways through online programming and through our Cochrane campus."

With COVID-19 public health restrictions shutting down college and university campuses across the province, students and teachers have had to switch to online learning models.

Deputy superintendent Violet Parsons-Pack said the program offered returning graduates and high school students who may have had a conflict in their schedule an alternative and flexible learning opportunity.

"On a go forward basis, CRPS will now combine our Outreach and Inreach programs," Parsons-Pack said in an email. "The Inreach Program was already present in our two high schools and was frequented by students who were in grades 10 to 12. Inreach provided students with self-paced learning and the opportunity to address scheduling challenges with face-to-face classes that were offered in their schools."

An educational assistant that supported the Outreach Program will be transferred to the Inreach Program at the high schools in Canmore and Banff.