"We are still very fortunate the provincial budget came in at the rates that it did. If it didn't, we would be experiencing major challenges and dire straits."
Jun 1, 2020 7:32 AM By: Tanya Foubert 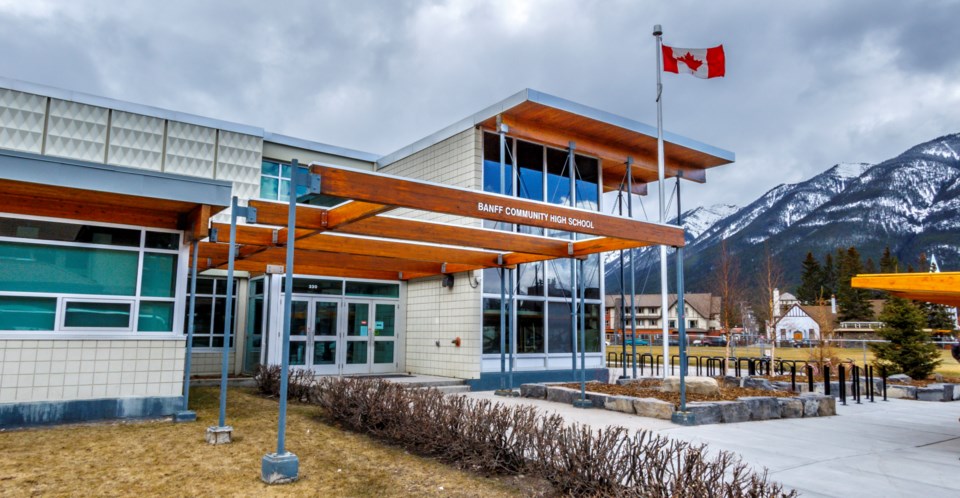 BOW VALLEY – The Canadian Rockies Public School board approved its $30.5 million 2020-21 education budget last week with an anticipated $460,000 deficit that is a result of the current economic and public health crisis.

The biggest financial hit to the valley's public school division expected next year, according to superintendent Chris MacPhee, is the potential loss of its international student program that was estimated to bring $1.2 million in revenues.

"Those international student funds are pretty significant," MacPhee said during Wednesday's (May 27) school board meeting.

"We are still very fortunate the provincial budget came in at the rates that it did. If it didn't, we would be experiencing major challenges and dire straits."

The superintendent said he is sceptical the CRPS student exchange program, including finding host families and recruitment trips abroad, will be available next year as a result of the current state of international travel in the world.

"A lot will depend on what school looks like next year," he said.

Last year, the school division was hit with a 274 per cent hike to its insurance rates for 2019-20. This year's insurance rates are estimated to increase by 20 per cent, but Guindon said they are still in the process of obtaining quotes.

Even without those finalized rates, he added $57,800 to the budget for increased insurance premiums.

Guindon said it is difficult at this time, given the circumstances, to predict enrolment numbers for September, as there is significant unemployment in the workforce and some families may choose to relocate.

MacPhee said that means good news for next year's budget, but the effect of possible lower enrolments on the 2021-22 budget are currently unknown.

"The actual provincial budget that we received for 2010-21 is the best budget I have seen in eight years in this school division," he said. "However, we need to be very cautious of how we staff and budget."

COVID-19 related budget impacts included an additional $145,000 for substitute teachers, who may be needed if teachers are required to quarantine due to having the virus or being exposed to it, and $150,000 for additional cleaning in facilities.

Guindon said the direction from the government has been to put together a budget without any additional classroom measures to manage COVID-19.

Education Minister Adriana LaGrange has not yet announced what school will look like in the fall for families, teachers and administrators. As a result, CRPS administration is holding back on making final decisions on staffing until those factors are better understood.

That includes the support staff laid off as a result of a decision by Alberta Education at the end of March to reduce funding to all school boards for support staff. For CRPS, that removed $400,000 from the 2019-20 budget year, although at the time MacPhee could not say how many positions were affected.

With school expecting to return in September, deputy superintendent of learning and innovation Violet Parsons-Pack said bringing those positions back to work may also be affected by student enrolment numbers.

"We will turn our attention to all the support staff on layoff and look at who to recall and when to recall," Parsons-Pack said.

The budget includes: $21.5 million in revenues from Alberta Education, $1.8 million from Alberta Infrastructure, $4.2 million from the federal government for Indigenous education at the Exshaw School, $1.1 million in fees, and other smaller sources of funding like investment income and fundraising.

One revenue source that remains unknown for this year, and could be affected next year's budget, is for charter rentals of the district's bus fleet. Transportation manager Cindy Mueller said rental of the bus fleet for events in the valley have brought in around $120,000 in revenues each year in the past.

Mueller said charters are being booked for 2021, but almost all bookings for 2020 have been cancelled.

Trustee Luke Sunderland said administration has worked hard to make the next school year's budget work, but he thinks economic consequences of COVID-19 will continue.

"I do not think we will see those fees from charters," Sunderland said. "I think you will see incremental costs as a result of the shutdown that may not be included in this budget. But that being said, you guys are always creative and you always find a way."

CRPS does not charge parents bus fees and that will continue. It also provides full-day kindergarten in each community without additional fees, as Alberta Education only financially supports a half-day program.

While that won't change next year, MacPhee asked the board to consider exploring changes, as the cost to provide the full-day program is around $350,000 each year.

"I thought it would be a good opportunity for our school division and the board to have a fulsome discussion about this piece," he said.

The board directed administration to return with a report on options to consider, including a $125 to $150 monthly fee, and the possibility of creating a hybrid model similar to what is offered at the Alpenglow program, which provides in-class instruction in the morning and outdoor nature time in the afternoons.