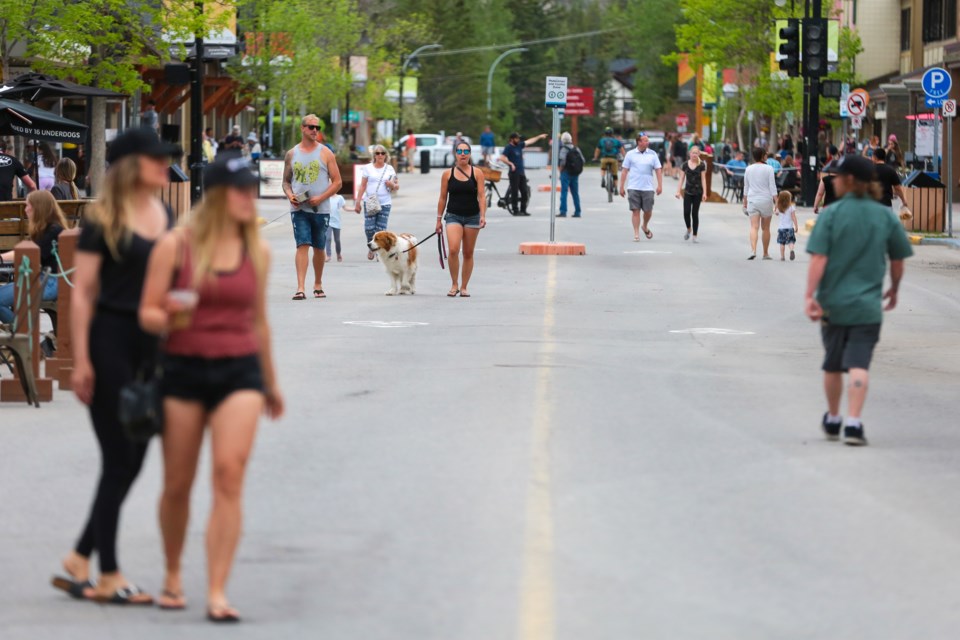 Pedestrians walk down the middle of Main Street in Canmore in June. The Town of Canmore closed Main Street to vehicle traffic to make it easier for businesses to operate with social distancing requirements. While the closure ends in September, council appointed two new task forces to plan for the economic recovery from COVID-19 and the future of our tourism-based community. EVAN BUHLER RMO PHOTO⁠

CANMORE – The Town of Canmore has appointed members to two new task forces that will develop a plan for the community's economic recovery from COVID-19 and as a tourism-based economy.

At the beginning of September, council approved the appointments to the Business Recovery Task Force and the Tourism Task Force.

"It is really focused on return to work and supporting our business community as it recovers from the closure earlier on this year due to COVID-19," Miclette said.

"The goal of the task force is to come together to join heads and collective knowledge in order to come up with some recommendations and focus moving forward," Miclette said.

Council also approved the terms of reference for the task force. Miclette said there were 19 applications for the public positions and administration made recommendations to council that reflected the diversity of the local economy and stakeholder groups.

The first meeting of the task force will allow it to identify key priority areas, assess capacity and gain focus.

Mayor John Borrowman and Coun. Rob Seeley will also be on the task force.

"Before the pandemic hit, administration was working on bringing this forward," Caudill said. "There is a need to have a collaborative, meaningful conversation around our identity as a tourist community and how to move forward in a way that embraces sustainable, regenerative tourism."

Even with the pandemic taking priority, Caudill said it is important for the municipality to move forward with this important conversation and work.

The process will be informed and guided by Tourism Canmore Kananaskis's approved strategic plan.

"This document will really be the framework for the conversation," Caudill said. "We do not need to create a strategic plan or redo that conversation – it is about taking this document that council has approved and bringing it into the community to start a conversation and chart our path forward."

The task force will begin by establishing its terms of reference and set expectations around engagement with the community.

"This is just the next step of moving this important conversation forward in our community," Caudill said.