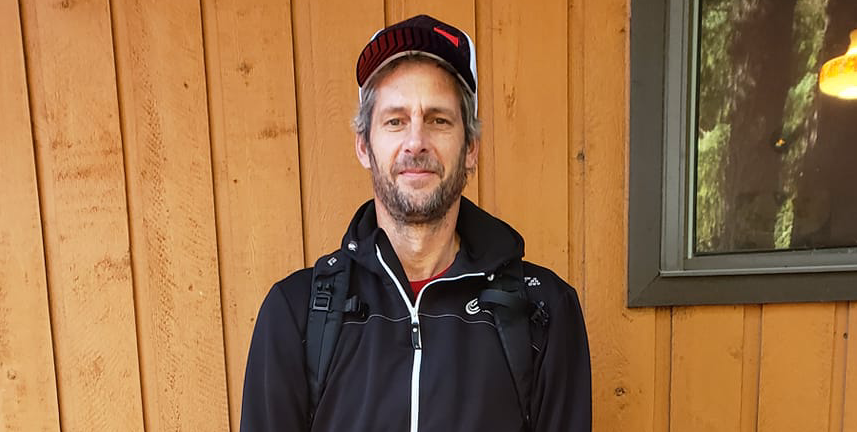 Canmore resident, David Aschim, 49, was charged with the possession and distribution of child pornography by Canmore RCMP in January, 2020. FACEBOOK PHOTO

CANMORE – A Canmore man has been sentenced to three years in prison after pleading guilty to possessing and distributing child pornography.

While the case was set for trial, Aschim entered a guilty plea last year in provincial court to the first two counts and appeared in front of Judge T. C. Semenuk on Wednesday (Jan. 20) for sentencing. He told the judge he was "deeply sorry" for his actions.

"I would like to take the opportunity to reiterate and say in my own words that I am deeply sorry for what I did," Aschim said. "[I am ashamed] of what my actions did – to myself, my friends and my family.

"I am grateful that I have had so much support, because I have made so much progress since my arrest. I look forward to continuing that, so I can return to my community and be a positive force."

Defence counsel Curtis Mennie described his client as having a very low risk to re-offend, which was also the conclusion of a psychological assessment submitted as part of the sentencing.

"This is not a situation that the court needs to concern itself with a high risk to re-offend," Mennie said.

He went on to tell the court that his client had begun counselling with his partner to address addiction issues, including addiction to pornography, prior to his arrest.

Mennie said Aschim has been sober from drugs and alcohol since the end of January last year, has continued to attend counselling sessions to deal with his addiction issues and is incredibly remorseful and understands the consequences of his actions. The lawyer said he has opened up to his family about these issues and continues to have the support of them and his partner.

"I have had talks with Mr. Aschim about when he goes into the penitentiary, he will be able to continue the counselling and treatment with specific types of programs to address this issue and continue to work on this," Mennie said. "He is taking steps we would not normally see before the court to deal with these problems and move forward with his life."

Mennie and Crown prosecutor Michelle Kai provided a joint recommendation for the three-year sentence. The judge also issued orders for Aschim to provide his DNA, to comply with the sexual offender registration act for life, and that for 10 years he is prohibited from having contact with anyone under the age of 16, unless supervised or they are family.

"The court accepts the joint recommendation of counsel with respect to each of of the offences," Semenuk said "The accused is sentenced to three years imprisonment and those sentences will run concurrently."

Kai entered an agreed statement of facts into the record. In August, 2019, she said the website Rabb.it provided the U.S. Centre for Missing and Exploited Children with information about activity on its site that eventually led the RCMP to Aschim.

Kai said two user names were used to share child pornography that were traced back to the accused's home in Canmore. The investigation revealed that he had shared images online and a search warrant was executed.

"The accused was arrested, charged and cautioned and taken to the police detachment where he provided a statement taking partial responsibility," Kai said.

She added that several devices were seized from the home and a total of 2,615 unique child pornography images were found.

"Having had an opportunity to review the representative samples, I am of the view they meet the definition of child pornography in the criminal code," said the judge.