Canmore's Kevin Van Tighem was awarded the Canadian Wildlife Federation’s  Robert Bateman Award for Conservation through the Arts for his fiction and non-fiction writing about wildlife and nature
Jul 27, 2020 8:06 AM By: Cathy Ellis 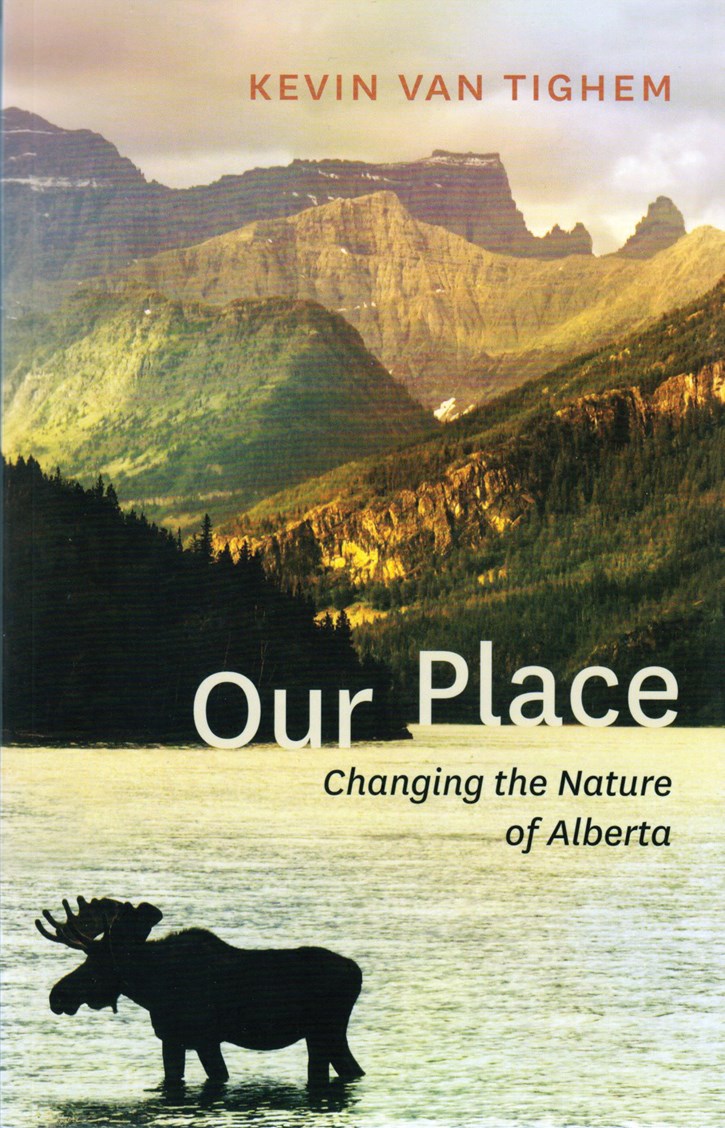 The former superintendent of Banff National Park won the Canadian Wildlife Federation’s Robert Bateman Award for Conservation through the Arts for his fiction and non-fiction writing about wildlife and nature.

Van Tighem said he was blown away when he heard the news.

“To be honest, I spent my whole life with imposter syndrome, so I promptly assumed it was a mistake because there are so many other people who’ve accomplished so much,” he said.

“Having gotten past that, all I can say is it’s one heck of an honour, and it is very gratifying to have this award that’s named after Robert Bateman.”

Named for the famous artist and nature lover, the Robert Bateman Award recognizes an individual or group who has furthered awareness and appreciation for Canada’s wildlife and habitats through artistic expression.

Rick Bates, CWF’s chief executive officer, said in these challenging times, the organization is incredibly grateful to all the nominees for inspiring conservation of wildlife and habitat for the use and enjoyment of all.

“Nature is the true recipient thanks to these everyday Canadians who have pitched in to help wildlife from coast-to-coast,” he said.

Born and raised in Calgary, Van Tighem was drawn to nature at an early age.

“It’s the root of everything that we are, and in my case, my connection with nature goes back to my earliest recollections,” he said, adding he can’t remember a time he wasn’t more connected to the natural world than the human world.

“In the years since, I’ve realized that a lot of the dysfunction in the human world comes from the fact that we have sort of disenfranchised ourselves from nature, so I’m very grateful I had that connection and it’s certainly given me a wonderful life.”

His early brushes with nature started with his family, particularly his dad, who would take him hunting and fishing on weekends.

“Those things take place in wild places and involve wild things, and time with your parents is pretty valuable, especially when you’re in a family of 10,” he said.

“They became the things that I really looked forward to, so you spend a whole week waiting to find out where you’re going to go fishing this weekend,” he added.

“Childhood is really where you establish who you’re going to be and it becomes the beast that everything else grows from.”

In terms of writing, Van Tighem is not sure where that gift and passion came from, but noted he started dabbling in writing as a youngster.

“Before mom died, she was getting rid of things she had saved and she had little poems I’d written when I was about seven,” he said.

“I was a fanatical reader, so I think the flip side of that is the more you read and the more you like some of the things you read, you think, ‘well, I’m going to try that.’ ”

Van Tighem had a 34-year career with Parks Canada before retiring from his final position as Banff National Park superintendent in 2011. These days, he continues to be active in issues affecting headwaters and prairie conservation.

In all, he has 13 books published, with another one underway. He is also a regular column contributor to Alberta Views magazine and writes for other publications when time allows.

Among some of his books are Bears Without Fear, The Homeward Wolf, Coming West: A Natural History of Home, Wild Animals of the Canadian Rockies, Birding: Jasper National Park, Home Range: Writings on Conservation and Restoration, and Our Place: Changing the Nature of Alberta.

One of Van Tighem’s favourites is Heart Waters: Sources of the Bow River – which was a collaboration with his son, Brian Van Tighem, who captured the photography images.

“That became a real labour of love, just because it was meant to be my book of giving back to all the places that had given so much to me over the years,” he said.

“The other piece that made it special was it became a collaboration with my youngest son.”