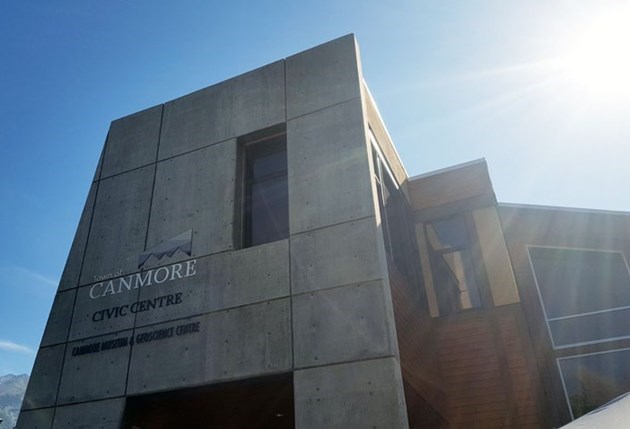 CANMORE – A pilot program that helped provide emergency shelter for Bow Valley residents received a passing grade and will look to continue in future years.

Though the program only ran from February to April, it was able to help 22 people with shelter at either St. Michael’s Anglican Church, a local hotel and hostel and YWCA Banff. In total, 104 nights of shelter were provided and two people were able to be connected to an alternative accommodation.

Michelle Rhode, the program manager, told council there’s an issue of “hidden homelessness” in the Bow Valley, which is common in more remote and rural areas.

“In smaller communities there tends to be less of what you’d see in a bigger city, but more overcrowding, couch surfing, sleeping rough, camping, vehicle dwelling and escaping domestic violence," she said.

An evaluation survey was completed by 112 people from May 1-31, which had 90 per cent of respondents living in Canmore and 75 per cent of people having lived in the Bow Valley for more than five years.

Rhode said the shelter coordinators worked 1,140 paid hours and each shift had two coordinators work each night. A total of 160 volunteer hours were also recorded, which helped with setting up the program, grant writing and organizing hygiene bags.

All supplies came from local sources, Rhode said, and they developed a “strong partnership with the church.”

She added REST is in the process of becoming a non-profit.

While taking place at the tail end of winter and the normally colder periods of the year, Rhode said the connection between the program’s use and colder weather wasn’t always the case.

“We thought the correlation between weather and guest would be quite strong. … Other than the really cold snap in February, that wasn’t the case," she said.

"We had some colder nights in March and our team fully expected to be busy and it wasn’t as busy, but other nights it was. It was interesting to see what some of our assumptions were and what the outcome was.”

The program was funded by the Rural Development Network and developed by the Bow Valley Homeless to Housing Coalition, St. Michael’s Anglican Church and the Town of Canmore.

The majority of the funding – $79,000 – came from the RDN, but also the Banff Canmore Community Foundation and the Bow Valley Christmas Spirit Campaign. The total cost to run the program was $72,098.

A recent report by the Homeless to Housing Coalition presented to Canmore council listed 145 people living in insecure housing as of last fall. Of those, 45 said at the time of the survey they had lived in a vehicle, camped outside or couch surfed in the previous month.

The pilot project was a mixture of a traditional shelter program and a mat program.

A shelter program normally involves more resources such as individual rooms, showers, people staying for longer periods of time and helping connect people to long-term residency. A mat program is typically designed to offer a night or two to stay and help people reach necessary resources available in a community.

Lisa Brown, the manager of community social development, said the Town can support the program by helping with data collection, assessment, evaluating the community needs and the community development as the next steps.

The program is also designed to help connect people with services in the community to offer additional resources and help in finding housing.

The evaluation report stressed the difficulty in finding affordable housing for many residents in the Bow Valley, with it being among the highest in both Alberta and Canada.