New statistics show rental rates for one, two and three-bedroom units have increased by 71 per cent from 2016-19, prompting housing advocates to speak out about the affordability and lack of rental housing in Canmore
0
Aug 2, 2019 2:30 PM By: Jenna Dulewich 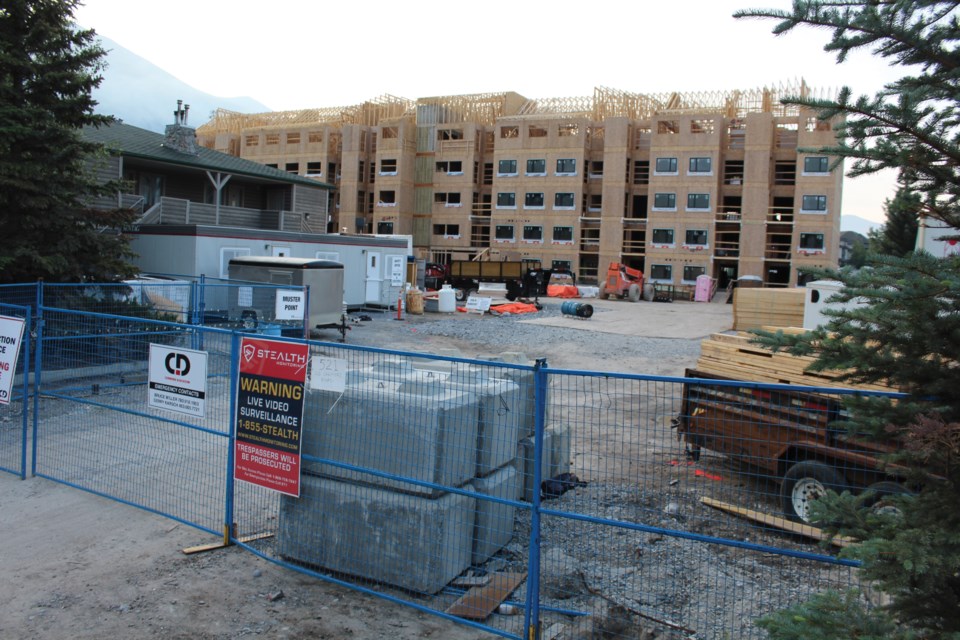 CANMORE – Finding an affordable place to rent in Canmore is now harder than ever.

New statistics shown rental rates for one, two and three-bedroom units have increased by 71 per cent from 2016-19, prompting housing advocates to speak out about the lack of affordability in Canmore.

"Rents go up every season ... it's never been like this in Canmore, I have never seen it this bad," said Cindy Heisler, moderator for the Bow Valley Home Finder Facebook page and housing advocate.

Starting the Facebook page five years ago after noticing housing was an issue in the valley, Heisler said she never expected the social media page to grow as quickly and as much as it has – with close to 18,000 members at press time and 100 new additions this week alone – but after hearing about the staggering rental increases over the past three years, she is not surprised.

The comprehensive housing needs study highlighted how unaffordable it was to be a renter in Canmore even three years ago when it was noted 29 per cent of renters in Canmore were paying 30 per cent of more of their pre-tax income on rent in 2016.

"Intuitively I'm not surprised ... we have a problem," said Canmore Councillor Joanna McCallum, who also sits on the Bow Valley Regional Housing board of directors.

According to the Canadian Rental Housing Index, setting out the proportion of income spent on rent and utilities, under 30 per cent is deemed affordable, between 30 and 49 per cent is unaffordable and 50 per cent and above is severely unaffordable.

These 2016 statistics come as no shock to housing organizations in the valley, which have little to no powers to control the housing market through policies like rent control or inclusionary zoning.

For Bow Valley Regional Housing Chief Administrative Officer Ian Wilson, there are also local populations more at risk due to the high housing costs in the valley.

The regional housing needs assessment states the rental costs in Canmore increased from 2010-16 at rates faster than the cost of living "pushing available renter units to higher cost ranges."

With a vacancy rate at virtually zero, the high cost of housing in the rental market is something CCHC has been tasked with addressing through its perpetually affordable rental-housing program.

"We are aware there are those within the community who are spending more than 30 per cent of their income on rental opportunities, so no I don't think the data surprised us in any way, shape or form," said Dougal Forteath, managing director for CCHC.

Wilson also acknowledged the word "affordable" has a lot of definitions and connotations.

"When people have lower income and live in high cost housing it is much harder," he said. "The word affordable means lower than market value, but unfortunately when you have a very high market, the cost can still [be higher]."

Forteath said CCHC's efforts moving into the future will likely be to develop units within the PAH home ownership portfolio, as the municipality awaits to see how purpose-built rental developments currently under construction affect market rental rates.

"We don't have any projects on the books right now, we are currently evaluating where our efforts should be best directed in the near term," Forteath said.

Previously the community went decades without private-sector rental apartments being development until two were approved in October 2017. One was for a project along Palliser Trial in partnership with the Town and Northview REIT, which has been completed, and the other a development for a 90-unit apartment building behind the Coast Hotel on Old Canmore Road. A third project was also approved on Kananaskis Way for Winnipeg-based Sunstone Resort Communities, with up to 155 units expected.

While Northview has added 140 units of rental, the other two developments currently under construction could add up to 240 units of rental housing to the community, however rental rates are unknown.

Heisler acknowledged there is no one "fit-all" solution for the affordability and lack of rental units.

"Housing is a long-term issue and it's always going to be here," she said.

But calling it a complex issue is not accurate either, the housing advocate said.

"It might have complex solutions, but it is a pretty straight forward issue – we don't have housing for employees in Canmore."

Vanmore residents concerned with parking limit changes in Canmore
May 30, 2019 12:00 AM