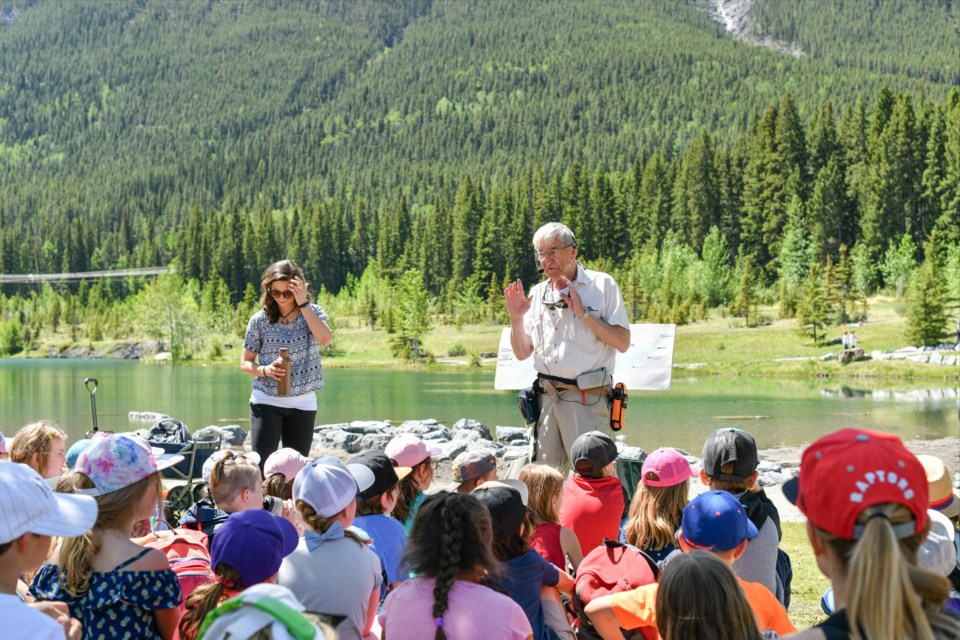 CANMORE – The community of Canmore is mourning the loss of local legend Gerry Stephenson.

A former chief engineer and assistant general manager for the coal mines in Canmore from 1968-74,  Stephenson was a living historical resource in the community until his passing on Oct. 25.

“My dad was such a well-travelled person and he has been all over the world, but for me, I always thought his heart was in Canmore,” said his daughter Glennis Byron. “I don’t think he ever felt so much at home, or loved a place so much as he did right here.”

Born in 1931 and raised in the lake district of northern England, a young Stephenson was fascinated by tales of the Canadian west and cowboys before he eventually received a scholarship to the University of Nottingham to become an engineer to work in coal mining like his father.

He found himself working for mines around the world, including gold mines in Quebec and India. He eventually ended up in Canmore with his wife Avice and daughter Glennis.

In his time working for the local coal mine, Stephenson would take on the reclamation projects for Quarry Lake and Canmore Creeks. His efforts created a cherished local recreation area. Before his death, he expressed concerns about redevelopment plans for the Quarry and asked fellow residents to also provide feedback to the municipality. His steadfastness in the face of development in the community has inspired others to get involved in shaping the future of Canmore.

Another incredible legacy Stephenson has left behind is with the more than 1,000 people who took his annual mine tour through the Canmore Museum. His efforts to share the history of the mines included visiting classrooms and taking local students on tours as well.

A celebration of his life will be held Monday (Nov. 11) 3 p.m. at the Malcolm Hotel.